Haas: Rivals have "no facts" for Ferrari allegations 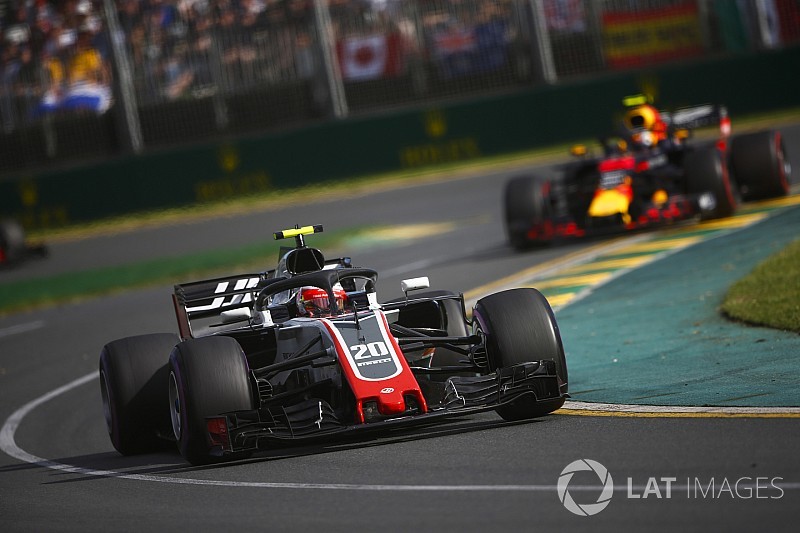 Haas Formula 1 team principal Gunther Steiner has hit back at suggestions that the US-owned team is getting more technical support from Ferrari than the rules allow.

Steiner says that those making allegations have no facts on which to base them, and that everything the team has done has been clear with the FIA.

McLarеn and Force India have both expressed suspicions about the team’s surge in form since last year, while conceding that there is no hard evidence of any wrongdoing.

"I think the whole of Haas F1 Team can be proud of the work done between last year and over the winter to produce the VF-18 and get it into its competitive condition. It’s merit to them. They can be proud. If people have an issue, fine with me.

“We report what we are doing, like everybody else, to the FIA. That’s why I’m more than confident we are not doing anything wrong. I’m perfectly fine with how we do business.

"We design our own aero, as per the regulations, and yes, we use mechanical parts from Ferrari, but everybody’s known that for the past two years. We are well above board, and happy to be where we are.”

Steiner is adamant that the team can move on from its twin Melbourne pit stop disasters that cost it the chance of a double top-five finish with a good second race in Bahrain next weekend.

“I think if we achieve a good result in Bahrain, we will forget about Melbourne," he said. "If we don’t, we’ll dwell over what happened in Australia until the time we have a fantastic result, or time gets us over it. The aim is to do everything right and come home with a good result.

“I would say I’m still cautiously optimistic. I would never be arrogant and say, ‘Oh we will do the same in Bahrain,’ but, for sure, we will try to do the same.

"The car showed speed in Barcelona and Melbourne. There is a point, maybe after China, where we will really know where we are.”

Both Romain Grosjean and Kevin Magnussen agreed that Bahrain will give the team a chance to bounce back.

“A good result will help us to forget Australia,” said Grosjean. “Let’s get to Bahrain, let’s do our work, like we did in Australia, focus on our jobs and see where we are at the end. Hopefully, we can have another good surprise.”

Clark, Amon, and the speculation that rules motorsport history