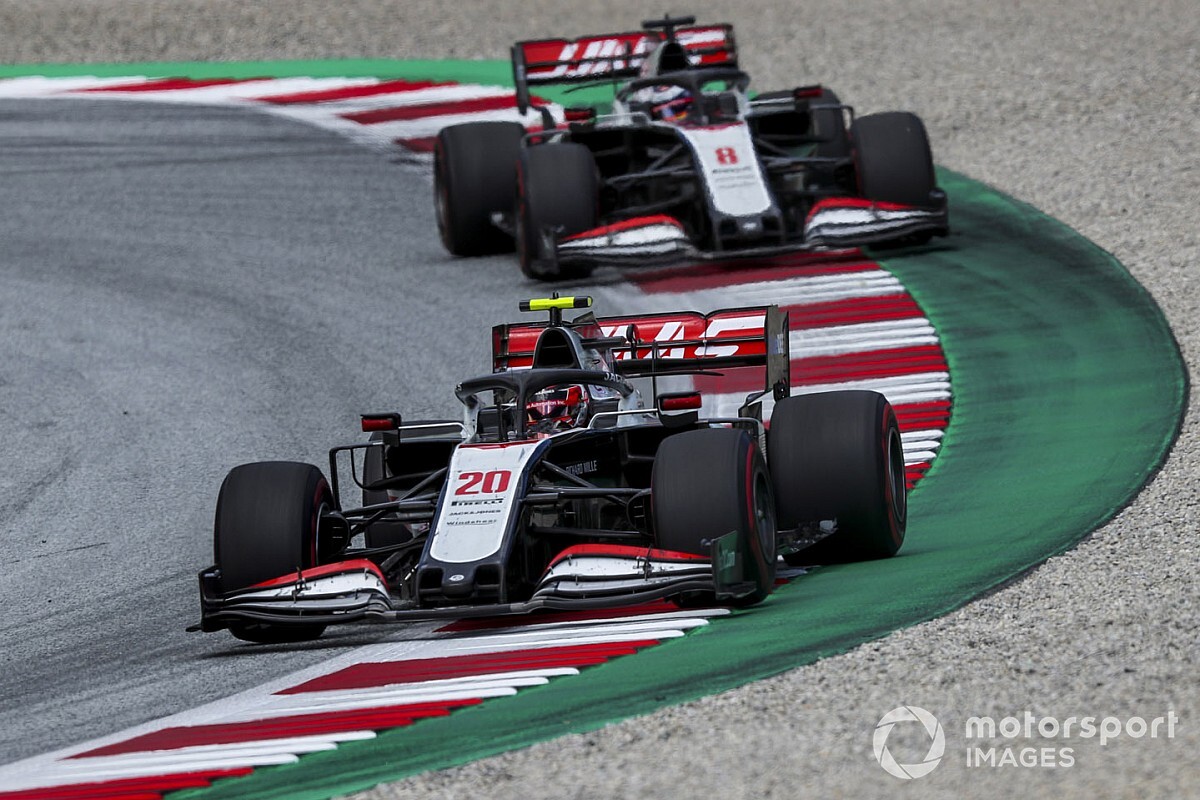 Haas drivers Romain Grosjean and Kevin Magnussen have both been hit with a 10-second time penalty for instructions received on the formation lap ahead of the Hungarian Grand Prix.

Haas called both Grosjean and Magnussen into the pits at the end of the formation lap to make the switch to slick tyres after initially planning to start on intermediates and wets respectively.

The strategy call lifted the Haas drivers as high as third and fourth once the rest of the field had made the switch to slicks, laying the foundations for Magnussen's run to ninth place.

But the team's first points haul of the season was thrown into doubt after the race when the stewards announced they were investigating both drivers over a rule breach on driver aids.

The investigation centred on Article 27.1 of the sporting regulations, which states that the "driver must drive the car alone and unaided", and limits the radio instructions drivers can receive.

After meeting with Haas representatives, the stewards deemed the team had been in breach of the regulations surrounding driver aids.

"Having considered the matter extensively, the Stewards determined that the team instructed the driver to pit," the FIA bulletin reads.

"The team could not prove that one of the exemptions made under paragraph A. 2. a) to g) of the Technical Directive 011-17 was applicable.

"Therefore, the Stewards consider there is breach of Art. 27.1 of the Sporting Regulations, that the driver must drive the car alone and unaided."

The 10-second penalty drops Magnussen from ninth to 10th in the final classification, handing one position to McLaren's Carlos Sainz.

Grosjean falls from 15th to 16th as a result of the penalty, dropping behind Alfa Romeo's Kimi Raikkonen.