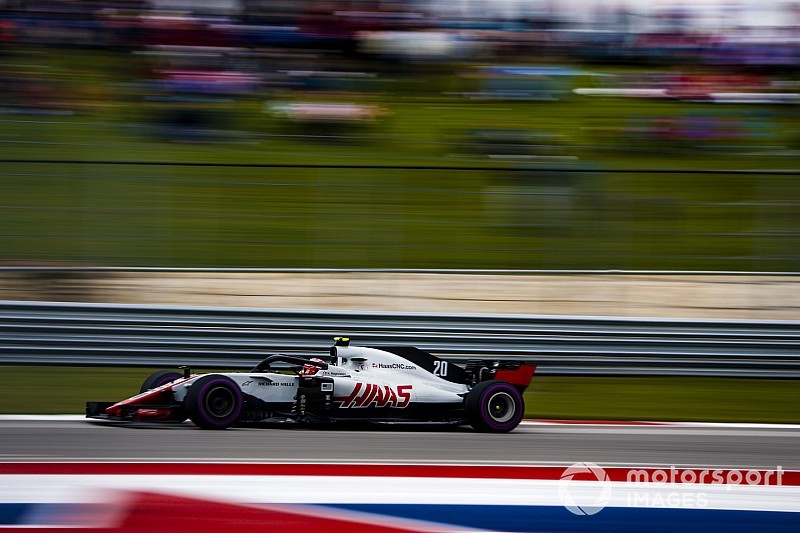 Magnussen was the sole Haas driver to finish in the points in the team's home race, after Romain Grosjean collided with Charles Leclerc on the opening lap and retired.

The Dane took the chequered flag in ninth after fending off Force India's Sergio Perez, and was due to inherit eighth after Esteban Ocon's exclusion for a fuel infringement.

However, shortly after the Ocon decision was announced, Magnussen was disqualified for a fuel infringement of his own, as his VF-18 had exceeded the allowed fuel limit for the race, breaching Article 30.5 of the sporting regulations.

“The stewards find that the amount of fuel consumed exceeded 105 kg during the race,” the verdict read.

It also hands a point to Sauber's Marcus Ericsson, who crucially held off McLaren's Stoffel Vandoorne late in the race for what was then 12th overall.

The decision marks the Haas team's second recent exclusion for a technical matter, after Grosjean was stripped of his sixth-place finish in Italy following a Renault protest into the legality of the Haas car's floor.

While the Grosjean case remains under appeal, Haas now sits 22 points behind fourth-placed Renault in the constructors' standings with three races to go.

Ocon disqualified from US GP for fuel infringement

Still got it: Kimi Raikkonen rolls back years with first F1 win since 2013