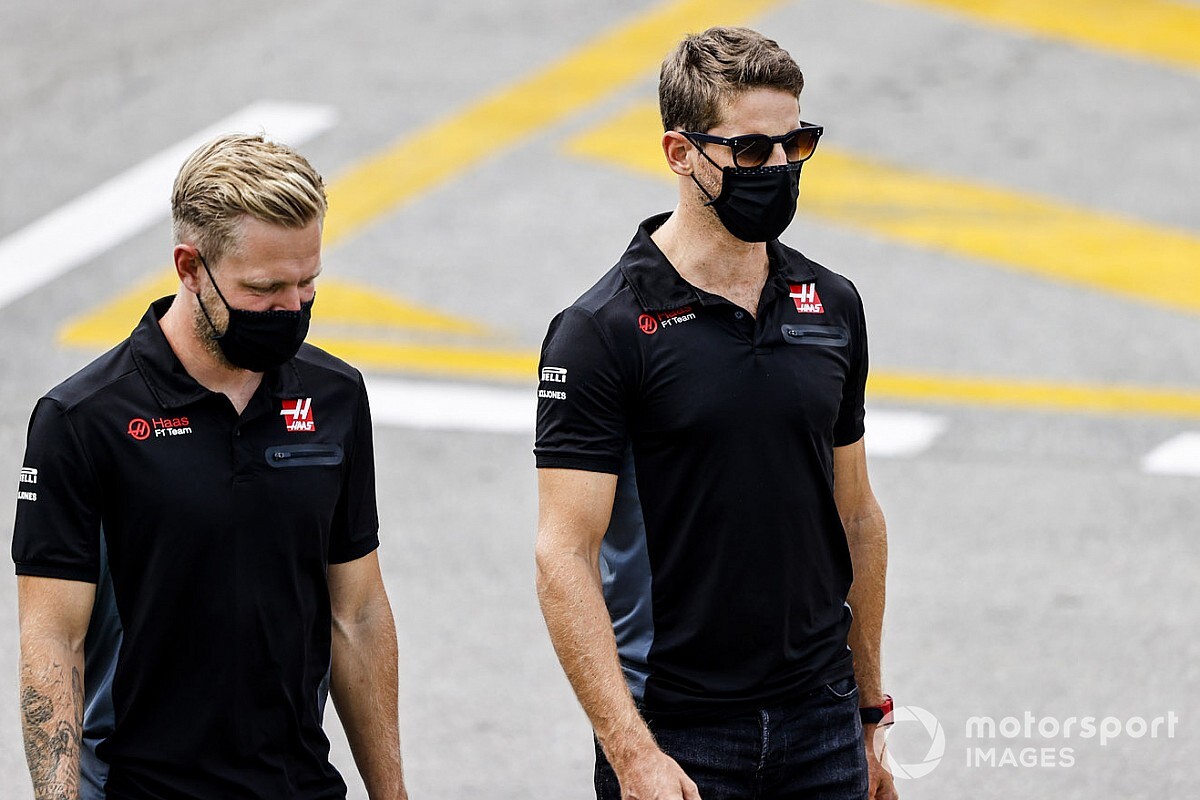 Haas boss Gunther Steiner says all options are on the table for his team's driver plans for 2021 – including replacing both Romain Grosjean and Kevin Magnussen.

With the America-owned outfit having just committed to stay in F1 beyond the end of this year, it can now start focusing on what line-up it wants to have next season.

And while Grosjean and Magnussen have worked well together since they first teamed up from the start of 2017, Steiner is not ruling out doing something totally differently – even including taking a complete rookie line-up.

"We are looking at everything," Steiner admitted ahead of the Belgian Grand Prix.

"We are looking at all the drivers, and we haven't made the decision. I'm not trying to be evasive. We just got the Concorde [Agreement] done and I did not speak with Gene [Haas, team owner] about drivers yet.

"I want his input on the drivers, so that will come soon. As soon as he can make it to a race we will sit down and discuss it.

"But at the moment, everything is on the table from keeping the drivers we have got, to getting two rookies. So if you want the seat you can apply for it! Everything is possible in the moment."

Both Grosjean and Magnussen are eager to stay on board for 2021, with both admitting that they have not begun any talks about next year yet.

Grosjean said: "I think there aren't that many seats available on the grid. It's great news that Haas stays in Formula 1 and obviously gives a bit more opportunity. I guess the talks are going to happen at some stage.

"Right now, to be 100% honest, with the triple headers and everything, we're just focused on racing and trying to get the best we can."

Magnussen added: "It's been a busy time lately with all the triple headers, and there's another one now.

"There hasn't been any good reason to start talking drivers when the team's future has been the main point to sort out. I expect there will start to be some talks from now on at some point, but we'll see about that."

Marko reveals Albon is as quick as Verstappen in fast corners