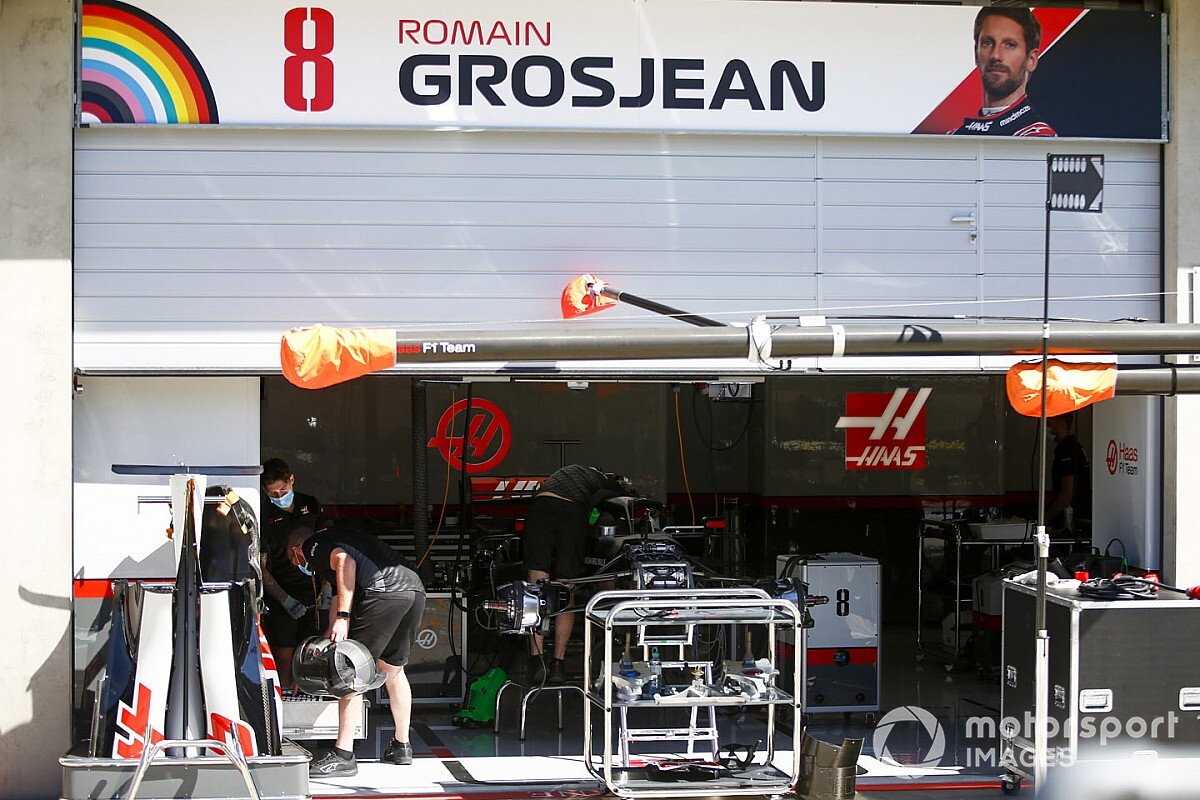 The Haas Formula 1 team is being investigated by the FIA for a breach of parc ferme regulations with Romain Grosjean’s car.

The Frenchman was classified 20th in qualifying after an issue in Q1 meant he was unable to set a lap time. But having taken to the track, he had officially participated in qualifying.

However due to what appears to have been a misinterpretation, the team worked on his car into the evening in a breach of the regulations.

The FIA noted: “Car number 08, driver Romain Grosjean, took part in Q1 by exiting the pitlane at 15:47:26hrs and was under Parc Fermé conditions from that time onwards as described in Article 34.2 of the 2020 Formula One Technical Regulations.

“This is not in compliance with Article 34.4 of the 2020 Formula One Sporting Regulations.

“In addition to this, the work carried out during this time was not under the supervison of a scrutineer and therefore unauthorised work may have been carried out.