Hulkenberg: Firming up 2020 plans will take "a while" 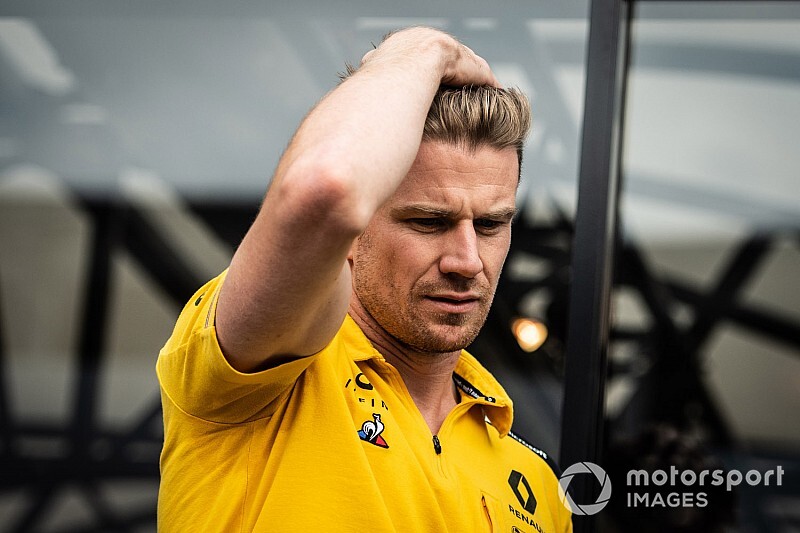 Nico Hulkenberg says it will "still be a while" before he has sorted his plans for 2020 after losing his seat with the Renault Formula 1 team.

The French manufacturer announced last month that Esteban Ocon will replace Hulkenberg alongside Daniel Ricciardo next year, leaving the German facing an uncertain future, with Haas being his most likely option to stay on the grid.

Despite the uncertainty, Hulkenberg insists he has no "urgency" to sign anything.

"Not concrete yet, but there are definitely talks going on," said the German about his future plans. "But I think it will still be a while.

"Like I said last week, the situation is what it is now, but it needs to be the right deal, a good sporting perspective, and I'm in no urgency or hurry to sign anything, just to have signed anything.

"I think there are options out there but nothing to talk about right now."

Haas boss Gunther Steiner said there is no "clear decision" between current driver Romain Grosjean and Hulkenberg for the seat alongside Kevin Magnussen.

Steiner says that neither he nor team owner Gene Haas have confirmed their preference yet.

"If it was a clear decision it would be easy to make, we would agree immediately," said Steiner. "We're not sure what is the best, he is not, and I'm not.

"He [Gene Haas] can always tell me what to do, he's got that privilege because he finances the team. He values my opinion, so we discuss it just to make the best decision for the team, not for us.

"What we've got now is not bad, but can we make it better? How big is the risk that we want to make it better and it doesn't go in the right direction? It's a lot back and forward, but at some stage we need to come to a conclusion."

Steiner stressed that Grosjean cannot win or lose the seat over the next few races, as the team already knows what he can do.

"That's what I want to emphasise, we're not going to judge Romain on race-by-race. For sure he needs to do a good result. For sure he knows what helps and what doesn't help.

"It's more where do we want to go with the team in the future? That's the bigger decision. We know Romain pretty well. If he has got one bad weekend, it doesn't mean that the next one is not fantastic."

Steiner says the team is not in a hurry given that both drivers are likely to remain available.

"There is no desperation setting in. The market wasn't moving a lot this year, there are not big movements going on. It is very difficult to decide what to do, therefore it takes a little bit longer.

"It's not like 'is he good, is he not good.' We know Romain pretty well, and I can see what Hulkenberg has done, so it's more like what is fitting better in the bigger scheme of the team going forward than the race-by-race result."