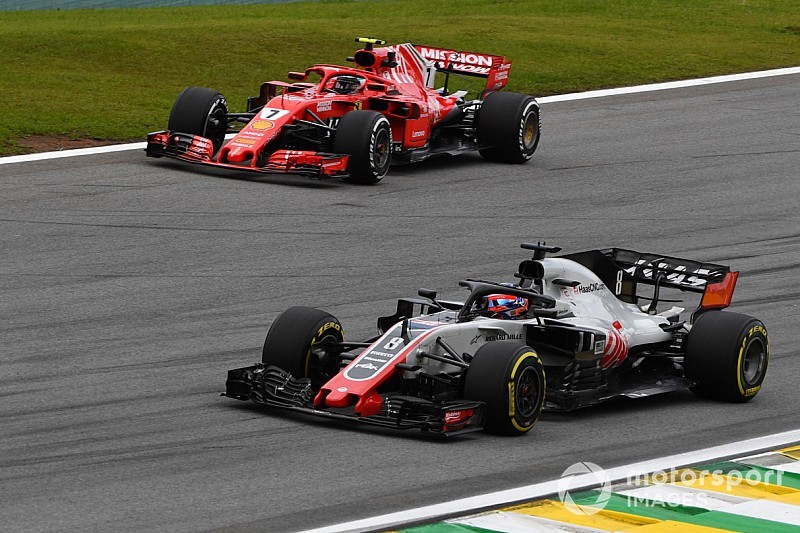 The Haas Formula 1 team's closeness to Ferrari is causing "friction" with its rivals, according to Racing Point Force India boss Otmar Szafnauer.

Haas announced last month that it would not appeal its protest against Force India after alleging the new entry was not a constructor because it used a design from a different entity.

The American outfit had claimed it was seeking "clarity" and it was the second time in 2018 that it had been involved in a protest, after Romain Grosjean was disqualified from the Italian Grand Prix for an illegal floor design.

Haas was also subject to calls for FIA checks at the beginning of 2018 and its technical partnership with Ferrari has been repeatedly questioned since its arrival in F1 for the '16 season.

When asked by Motorsport.com about the source of Haas tension, Szafnauer said: "Well, I think when you design, make and build your own cars, and there's one team that isn't doing it, and is getting a lot of technology from a top team, you're going to get that friction.

"I think that's what it's really about. It's not about the competitiveness. That's the root cause of the friction.

"It's just a bit curious that only two teams had a front-floor that wasn't in compliance with the regulation after the FIA pointed it out, it was Haas and Ferrari [referencing Grosjean disqualification at Monza].

"It's kind of like having two snowflakes that are the same.

"It's tough for two totally independent designers to design an aerodynamic piece with exactly the same radius that isn't compliant. It's those types of things."

FIA race director Charlie Whiting has said F1 needs to look "very carefully" at the potential for 'servant' outfits, and stated the concerns began with Haas.

Force India had asked for clarity on the situation, with Szafnauer adding: "We had lots of things happen this year with our team that took our focus away from that type of stuff. We'll see where it goes in the future.

"Both the FIA and FOM are working on clarifying those things just to make sure teams do remain constructors and are independent from each other in respect to what the rules dictate what should be independent of each other.

"So for example, all aerodynamic surfaces needed to be designed and made by a constructor. You can't share. Anything the air touches. That's a lot of the car."

Szafnauer told Motorsport.com that the Haas protest was both "good and bad".

We would rather not have the protest because it always causes uncertainty, like the Germans say, when you're on high seas or in front of a judge you're in God's hands," he said.

"So even though we're 100% certain we were fine as a constructor it's never nice.

"The good news is they did thing the process, everyone put their cards on the table and the stewards said 'yep, you're a constructor'.

"The irony is we designed a lot more parts than they did."

Kubica understands why there are doubters