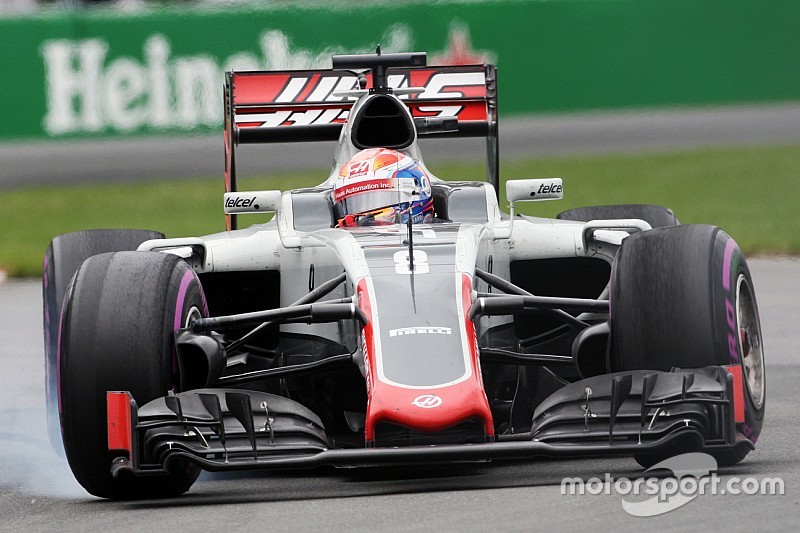 Kannapolis, North Carolina – Despite the elevation changes the new Baku City Circuit in Azerbaijan will provide Formula One teams this weekend as they prepare for Sunday’s European Grand Prix, the 6.003-kilometer (3.730-mile), 20-turn street course is the closest thing to a level playing field Haas F1 Team will encounter in 2016.

The newest venue to hold a spot in the FIA Formula One World Championship means that Formula One’s newest team has the same amount of real-world data from the Baku City Circuit as its competitors. Zero.

Haas F1 Team, which debuted in the season-opening Australian Grand Prix on March 20 to become the first American team to compete in Formula One in 30 years, comes to Baku with only seven races worth of experience. Meanwhile, their counterparts in this globe-trotting series of automotive acumen have decades of experience. A new venue with a layout that is likely to be the world’s fastest city circuit can be a great equalizer.

But despite no team having turned a wheel in anger at Baku City Circuit, established teams and, specifically, larger teams with deep resources, have turned Baku City into Sim City.

Simulations of a lap around the dumbbell-shaped track have allowed drivers and their engineers to strengthen their mental muscles for when they hit Baku City Circuit for real. And the simulations go beyond a driver acclimating himself to the twists and turns of a track that rockets through Baku’s juxtaposition of old-world history and new-age design.

Aerodynamic flow, suspension travel, brake use – all can be simulated, with money the only boundary confining simulations and their infinite scenarios. Brain power and desire – two attributes that proliferate through the Formula One paddock – are part of an intellectual arms race, with simulations being the bulwark of a team’s battalion.

While new, Haas F1 Team has proven capable of holding its own among the sport’s establishment. It has scored 22 points coming into Round 8 on the 21-race Formula One schedule to sit eighth in the constructor standings, two points behind seventh-place McLaren and 16 points ahead of ninth-place Renault.

Those 22 points were scored in three races, the last of which came in Round 4 – the Russian Grand Prix at Sochi Autodrom. Haas F1 Team has been held pointless since, with the series’ rate of development closing the gap the American outfit established at the beginning of the season when they were fifth in the constructor standings.

After a handful of races where the weather has been unseasonably cool, Haas F1 Team drivers Romain Grosjean and Esteban Gutiérrez look to heat up in Baku, not just with the warm weather forecasted, but on the track. The team’s best finishes have come when the weather is warm and the working ranges of their tires are quickly established and maintained. Baku portends both, and some winds of change in the aptly named City of Winds can send Haas F1 Team back into the points.

“Logistically, we had our travel coordinator out there six months ago to check it out and look at the hotels. The track wasn’t ready by then, so we couldn’t have a look at it. I know a few other teams went out there to do an inspection of the garages, and our logistics manager has spoken with those people to get some information about it. Teams help each other in this respect because while there is competition, if everybody is informed, we’ll put on a better show. The technical guys take as much information as they can get from the FIA on the track layout and the surface of the track. Then, they make their best prediction of how to set the car up.”

The drivers have used simulator time to get acclimated to Baku City Circuit. While there’s no substitute for the real thing, how accurate is the simulator in providing feedback for what a driver can experience when he hits the circuit for real?

“It’s a simulation, so it’s not the real thing, but it’s the closest we can get to the real thing. It’s more for the drivers to learn the track’s layout. Normally, the first time you go out on a new venue, you’re pretty far off on grip level because the track is very green. It develops as more and more rubber gets put down.”

“The big teams have more information because they go and get more information. Normally, they are better off because they’ve got more people to get prepared. They will always have an advantage, but at a new venue like Baku, sometimes you can get lucky.”

Baku is projected to be the fastest street circuit in Formula One, and its layout is amid a historic section of the city. Is there a current venue you can compare it to? If so, can any of your notes from another venue translate to Baku?

“You take the corners and the grip level and you just pick pieces of other circuits, but there isn’t one specific area where you could say, ‘We can do the same thing here that we do there.’ Baku will be a learning experience for everyone.”

We’re now a third of the way through Haas F1 Team’s debut season. How would you assess the season thus far?

“We are still learning. We’ve gotten a lot more stable. I think we can always be in a position to score points. We always try to improve, to get better, especially in qualifying. I think our race performance is better than our qualifying performance. Again, it’s a learning phase. We are pretty happy with the whole team, how they developed over the past three months, especially from where we came from. We’ve only had seven races. I keep forgetting myself. Baku is only our eighth race, while we compete with people who have been here for years. All in all, we just keep trying to do a better job at each race while preparing for the new car coming next year.”

“We had a session on the simulator, and that’s about everything you can do.”

How does the simulator compare to actually being in a racecar, at speed, at a circuit?

“The simulators are getting better year after year, but it’s still not a real racecar.”

Is the simulator most used for understanding a circuit’s layout and braking points, or is it more involved than that?

“It’s more involved than that. There’s a lot you can do with a simulator, which is great, but nothing is as good as being in the car out on track. On the simulator, you can try a few different setup ideas for direction. You can also try different philosophies and updates you’d like to try on the car later in the year and before you prepare them for actual racing.”

“In some respects yes and in others, no. The more experience you have as a team, the better prepared you are for new tracks and different layouts. On the other hand, no one knows what to expect from Baku, so that’s going to be interesting for us.”

Baku is projected to be the fastest street circuit in Formula One, and its layout is amid a historic section of the city. Is there a current venue you can compare it to?

“It’s going to be very interesting to go to Baku. It’s certainly a circuit that’s very different from everything we’ve been used to. We’ll have to see how it goes in real life.”

Despite having only seen Baku City Circuit on a simulator, do you have a favorite part, or a part you’re most curious to see in person?

“I think the old part, alongside the castle, will be quite interesting.”

“There are very long, straight lines and a lot of 90 degree corners with low curves. There’s a very high section up to the castle and down again to the last corner, which will be quite interesting.”

“The simulator has been very important. It’s been quite an experience. Baku is a very challenging track and I really enjoyed it. I’m looking forward to getting there in person.”

How does the simulator compare to actually being in a racecar, at speed, at a circuit?

“It’s completely different. The feeling is not exactly the same, but it’s useful to learn the track – the corners and its angles. It gives you a little bit of an idea of how the curbs will be and a bit of the philosophy behind the car’s setup.”

Is the simulator most used for understanding a circuit’s layout and braking points, or is it more involved than that?

“It’s a bit more than that. Mainly, it’s the circuit layout and some knowledge of the car’s setup, which is crucial to get all the systems working properly. It gives us an idea on the approach we should have.”

“I feel that it will be a bit more level, but that doesn’t clear the fact that as a team we have a bit less experience overall. That makes it complicated to predict things, because when you have more information and more experience, you can make better predictions. It will be interesting to get to know Baku and its characteristics and see where we stand. No matter what, we’ll approach it in a positive way and try to extract the maximum amount from our car at this new circuit.”

Baku is projected to be the fastest street circuit in Formula One, and its layout is amid a historic section of the city. Is there a current venue you can compare it to?

Despite having only seen Baku City Circuit on a simulator, do you have a favorite part, or a part you’re most curious to see in person?

“I didn’t know anything of Azerbaijan before the race was announced, but then I did a little bit of research to try and learn about the country and Baku. I’m looking forward to seeing it and enjoying the area.”