Haas will ask the FIA to consult teams more about accident damage in races, amid ongoing annoyance at Kevin Magnussen’s black and orange flag in Formula 1’s Canadian Grand Prix.

Magnussen was ordered in to the pits early in the Montreal race a fortnight ago after the FIA felt that his damaged front wing posed a potential danger to other drivers.

Having brushed against Lewis Hamilton just after the start, the state of Magnussen’s front wing was highlighted when Alpine’s Esteban Ocon complained over team radio about it.

“Yeah I can see it's hanging on, it's going to fall,” said the Frenchman. “If he loses it, I'm going to hit it in the face.”

Speaking after the race, Magnussen said Ocon’s remarks had influenced race control too much, as he accused the FIA of a lack of consistency in dealing with similar incidents in the past.

“The car was fine,” explained the Dane. “The front wing was safe, it was not broken off.

“Think back to Jeddah last year, Lewis Hamilton won the race with half a front wing, which I think is correct. Let us race if we can.

“It feels like suddenly very different. In Monaco they don't start us because it started drizzling, and then here I'm called in because I have a scratch on my front wing.” 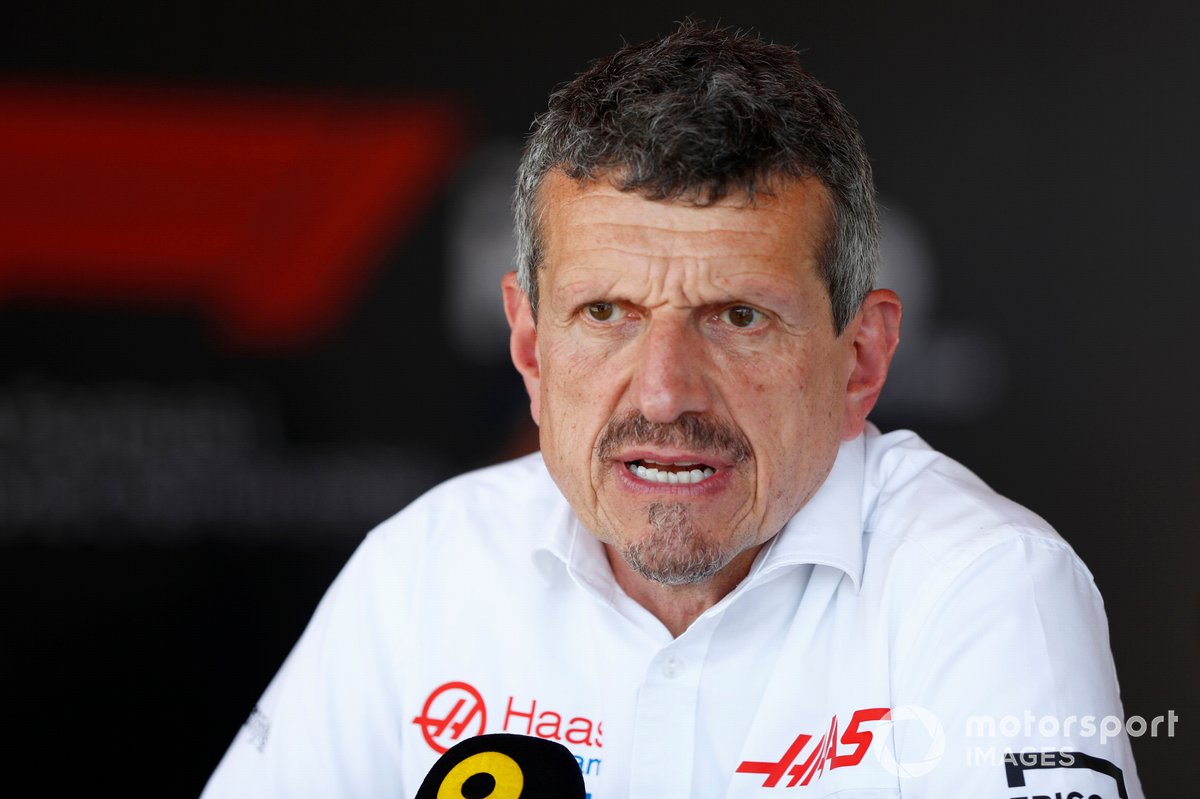 Magnussen’s boss Gunther Steiner said the most irritating thing about the episode was that the FIA had not contacted the Haas pitwall at all to enquire about the state of play with the front wing prior to issuing its flag.

He now wants team manager Peter Crolla to bring up the matter with the F1 race director at the British Grand Prix to try to ensure that things are handled better in the future.

“I share the annoyance, and it is more an annoyance that we were not even consulted about it,” explained Steiner. “We didn't get the call saying: 'hey, guys, your front wing, there is a piece flapping off, what is your opinion about that?’

“We know how it is designed. I cannot sit here now and say it would never have fallen off, but it wouldn't have fallen off because there is Zylon on top of it, and Zylon doesn't break.”

He added: “We also need to respect the race director. But my personal disappointment, and I have to actually ask Peter Crolla, our team manager, to go and bring this up, is that we should have had at least a call asking our opinion about it, instead of just getting the flag and that's it, over and out.”

Steiner said that if the FIA had asked Haas about the wing it would have advised it that it was looking for an early stop to change it anyway, even though there was no risk of it breaking up.

“We would have changed the wing anyway, because we lost downforce, but at a more convenient time,” he said.

“Even just a lap later, you would have lost maybe 10 seconds less because it was under virtual safety car. So it was a bit disappointing.

“I think it came over because another driver cried on the radio, that he was scared for his life, so it was reactive again. And are we back to that?”

Sainz, Magnussen to start French GP from back of grid after penalties