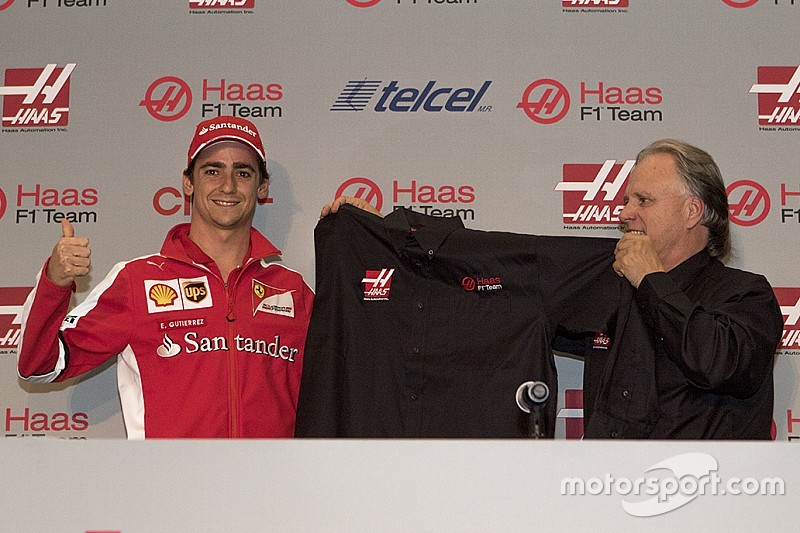 Esteban Gutierrez will complete the Haas F1 team's line-up for its debut season in 2016, the American squad confirmed on Friday.

Gutierrez joins Haas from Ferrari, where he spent 2015 as a reserve driver, to partner Frenchman Romain Grosjean, who was signed by the team after a lengthy spell with Lotus.

The 24-year-old Mexican, who has conducted only two test days in Spain and in Austria for Ferrari, made his Formula 1 debut with Sauber in 2013.

He spent two seasons with the Swiss squad before losing his drive at the end of a point-less 2014 season.

The Mexican's status as a Ferrari reserve made him a prime candidate to join the associated Haas squad early on and while the likes of Jean-Eric Vergne and Kevin Magnussen have also been linked to the job, his confirmation means they will have to look elsewhere.

Gutierrez's best result to date in Formula 1 is a seventh place in the 2013 Japanese Grand Prix.

“I got to know Esteban through our relationship with Ferrari, and after looking at the success he’s had to earn his role there, it became clear he was an excellent choice for our race team,” said team founder Gene Haas.

“He’s young and hungry, but not inexperienced. His two years running a full F1 schedule has given him some very good race experience, and having spent this season at Ferrari as their third driver allowed him to see firsthand the methodology that makes Ferrari such a power in Formula 1.

“We’re very happy to have Esteban as a part of our race team. Between him and Romain, we have a strong driver lineup that will help us develop our car and, ultimately, score some points in our inaugural season.”

Gutierrez added that the deal presents him with a special opportunity.

“This is an excellent opportunity that builds on my time with Ferrari and I will make the most of it,” Gutierrez said.

“Gene Haas believes in me and I believe in how he’s going about competing in Formula 1.

“To have a race seat in a competitive car with Ferrari power is very special, and I appreciate the faith he has in me. I trust we’ll be able to achieve great things together.”