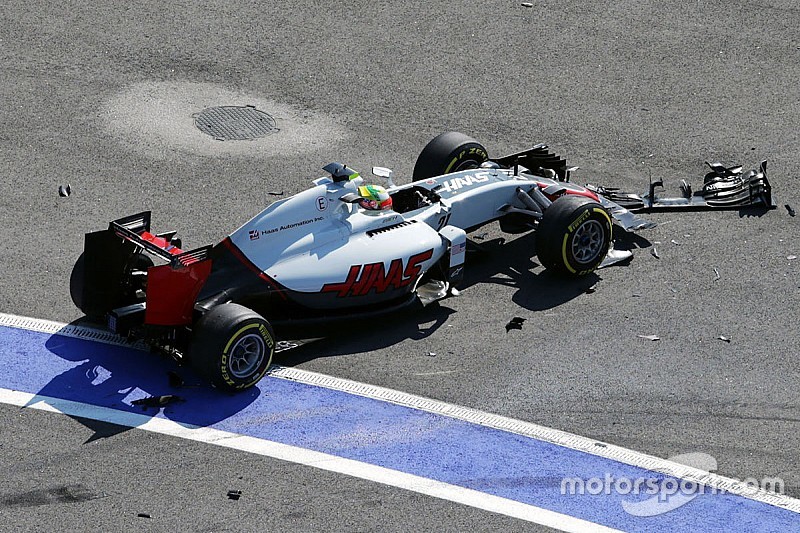 Haas team principal Gunther Steiner says there are no grounds for complaint about the job Esteban Gutierrez is doing, despite his first-lap exit at the Russian Grand Prix.

Gutierrez locked up in the fight for position at Turn 2 on the opening lap at Sochi, sliding into the back of Nico Hulkenberg and triggering a multi-car pile-up.

But although it meant another non-score for the Mexican, Steiner does see any cause for alarm about the situation.

"I think he has had quite a few unlucky circumstances and he is getting better," he explained.

"At the start he had a bit too much wheelspin and then ran into Hulkenberg, so what can you do? Hopefully next time it is better.

"He needs to focus on the next race, which he will, and we try to do our best."

He added: "In qualifying he was a little bit behind Romain. But he is doing a good job for the team, he just had a bad start and that ended his race.

"If you have to come in after the first lap and you lose all this time you are done."

Steiner also pointed out that criticising Gutierrez for the Russian crash would also be incorrect, because ultimately the chaos helped Romain Grosjean come through the order and deliver more points.

"If the accident hadn't have happened, maybe Romain wouldn't have got up there," he said. "It is difficult to say. If it would have been a race like in China, I don't think we could have finished eighth. We know that.

"But with the havoc at the beginning of the race, it put Romain in a good position and Esteban in a bad one. You win one and you lose another one. It is like life: you cannot win them all."

Opinion: Kvyat dropped: Is Red Bull at risk of repeating history with Verstappen?