Haas critical of Mercedes after Hamilton hampers Gutierrez in Q3 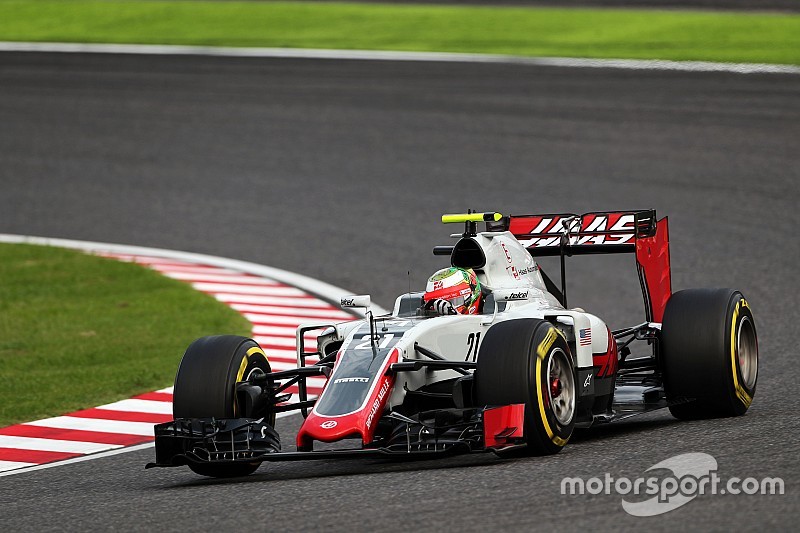 Gutierrez, who was part of Haas' first-ever double Q3 appearance with teammate Romain Grosjean, could only log a time 1.9s off pole in his only Q3 lap, finishing last in the session.

The Mexican explained that he had gone "over the limit" on his lap, but also noted that he didn't have enough temperature in his tyres because Hamilton was driving "really slow" ahead.

"I was too cool on my tyres at the start of the lap, because Lewis, for some reason, was really, really slow in the last part," said Gutierrez.

"He had no one in front, but he just went really slow and I lost a lot of temperature there with my tyres.

"And then starting the lap, tyres were not there. I think I ran wide a little bit in Turn 7 and I lost about half a second."

Gutierrez had a previous run-in with Hamilton during the Hungarian Grand Prix, when the Mexican was on the receiving end of an angry gesture from the Brit for holding him up.

However, on this occasion, the Haas driver noted he was not blaming Hamilton for him being off the pace in Q3.

"It's not an excuse, let's not put it as the excuse. We have to get used getting into Q3, and then we'll know better how to manage Q3."

Hamilton was not available for a response on Saturday, as he had effectively called off his media session due to "disrespectful" treatment from the press.

"They go very slow - they go fast first and then they slow down - I think they are very good at controlling tyre temperature before they get to the start-finish line.

"And it screws you up, because all of a sudden you have to go slower. I haven't studied what time they did, because it's quite easy to find out from the GPS data. But for sure it's always the same. If you're around Mercedes, you really don't know what they're going to do.

"How do you say it in English if someone is hanging around? Loitering, yeah, loitering on the track.

"He [Gutierrez] was down when he crossed the start-finish line, he was down two tenths because he had to pull back and put everything down - and you can never get it back, when you have these loiterers," he joked.