Haas confirms Magnussen alongside Grosjean for 2017 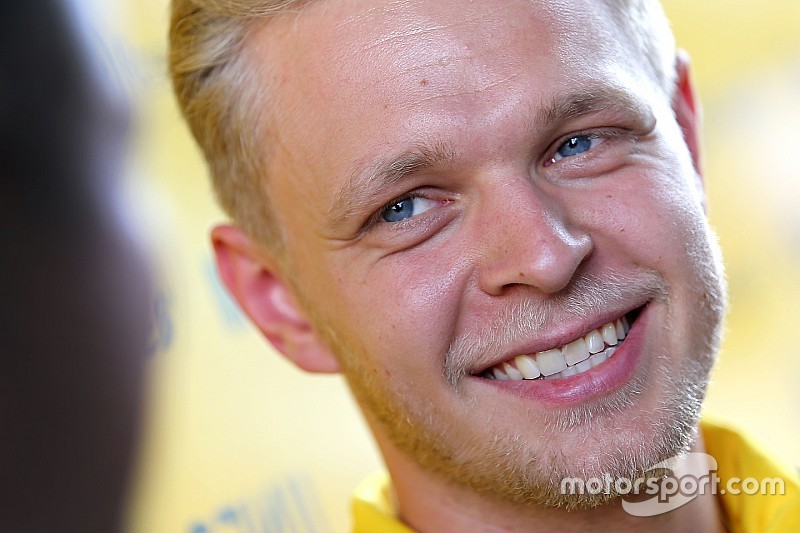 American Formula 1 outfit Haas has officially announced a driver line-up of Kevin Magnussen and Romain Grosjean for its second season in the sport in 2017.

For the Dane, this will mean racing for a third different Formula 1 team in his three seasons as a race driver in the category, Magnussen having competed for McLaren in 2014 and Renault this year.

“This is a fantastic opportunity and I’m very happy to be a part of Haas F1 Team,” Magnussen said.

“Obviously, I’m confident in my abilities as a Formula 1 driver, but I’m also very confident of what Haas F1 Team can do in its second season and every season thereafter.

“Gene Haas has come into Formula 1 with a strong vision and a different way of doing things. He’s making it work and work well. I’ve had a good vantage point all season long, and I’m looking forward to getting behind the wheel of next year’s Haas VF-17.”

Magnussen had turned down Renault's contract extension offer in order to join Haas – and while the announcement makes no mention of the length of the new deal, it is understood to be a two-year agreement.

“From the time we began looking at drivers, Kevin Magnussen was always on our short list,” said Gene Haas.

“He’s accomplished a lot in a very short period of time, and we feel like he can accomplish a lot with us.

"Our second season will bring a new set of challenges, and we feel that pairing Kevin with Romain will help us develop our new car and continue our growth.”

In the statement announcing Magnussen's arrival, team boss Gunther Steiner paid tribute to soon-to-be-former Haas driver Gutierrez, saying: "Credit also goes to Esteban Gutiérrez for all of his work. His time with Ferrari was very beneficial as it helped get us acquainted with its methodologies and make the most of our partnership with them.

"He and Romain pushed each other on the track and together they’re responsible for the success we’ve had in our first season."