Nikita Mazepin says his father’s offer to Haas to set up an incentive scheme for staff has been prompted by genuine concerns about the pressures Formula 1 personnel face.

A gruelling travel schedule with more regular triple-headers, allied to a 23-race calendar next year, has prompted a growing number of F1 regulars to look for job opportunities elsewhere.

Haas has not escaped losing a number of its staff who have decided against staying on for the long haul.

But with the American-owned squad needing as many good people on its books as possible as it bids to move off the bottom of the rankings next year, Mazepin wants to set up some kind of bonus scheme for those that commit to stay.

Speaking about why his father had done it, Nikita Mazepin said that he had voiced some worries about Haas personnel leaving, and where that would leave the team going forward.

“I know that different people had different thoughts in their head, but quite some of them were financially concerned. And I'm very fortunate and lucky that he has heard it.

“He's got an amazing track record of giving what he needs to his employees, which numbers over 45,000 in his companies, and he is a professional in it, not me.

“He came up with this idea totally voluntarily to not, let's say, throw money at people, as bad as it may sound, but to motivate people and give them an opportunity to achieve certain things and be rewarded for it. 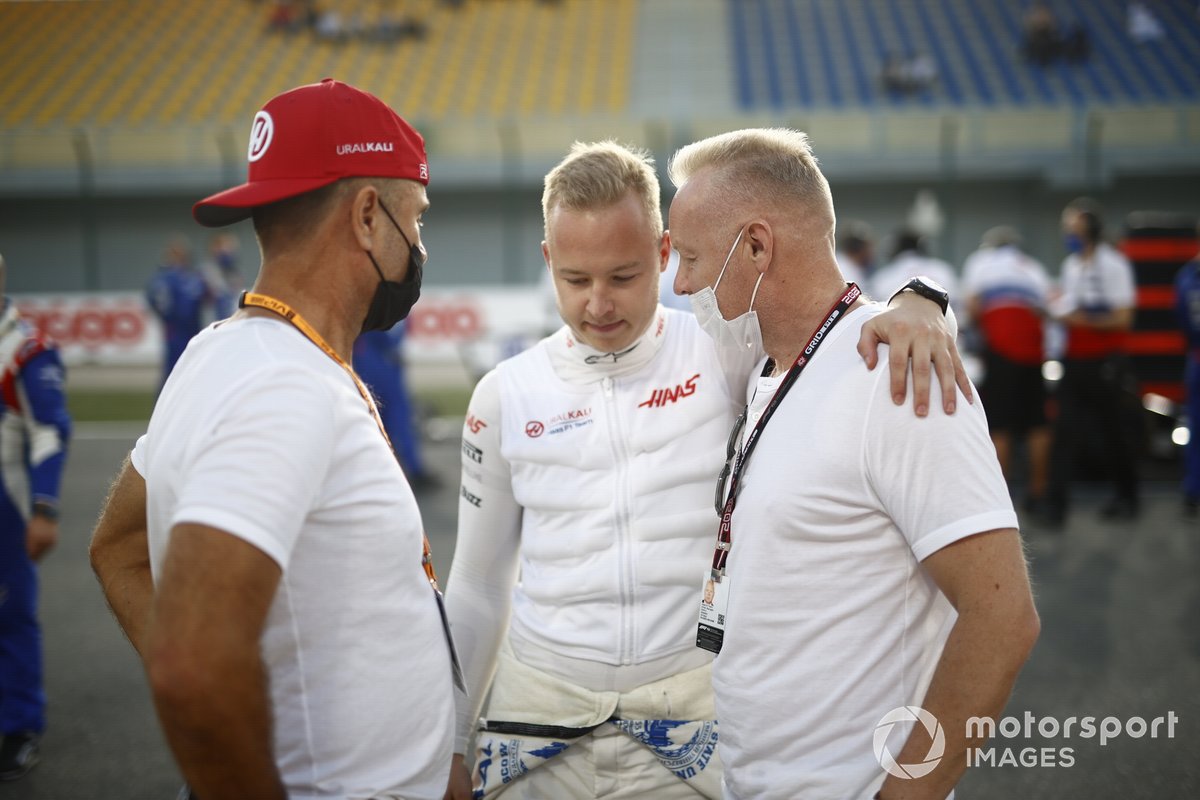 Nikita Mazepin, Haas F1, on the grid with his father Dmitry Mazepin

“The most important thing about it is [that] it happened totally voluntarily. He doesn't get anything from it, apart from I think he's in a stage of his life where he wants to give things back because he's got enough success.

“He now really is concerned about the people that actually do the hard work, people that work in the mines, in his factories, and the real employees at the very, very low level in the teams.”

Mazepin said that the bonus scheme was only a suggestion at the moment, and that it would require Haas to not only accept it but also ensure that the team played its part in delivering staff what they needed to want to stay.

He added: “I'm not sure if it will happen, because it [the offer] actually has clauses of looking after the people and giving them a good experience. That needs to come from the team because he [Dmitry Mazepin] is only [a sponsor].”

While any ramping up of staff income would have to be included in F1’s budget cap regulations, Mazepin said Haas was so below the current limit that it would not cause an issue on that front.

“From what I know, we're way below the budget cap anyway, so it will get a little bit closer to it,” he said.