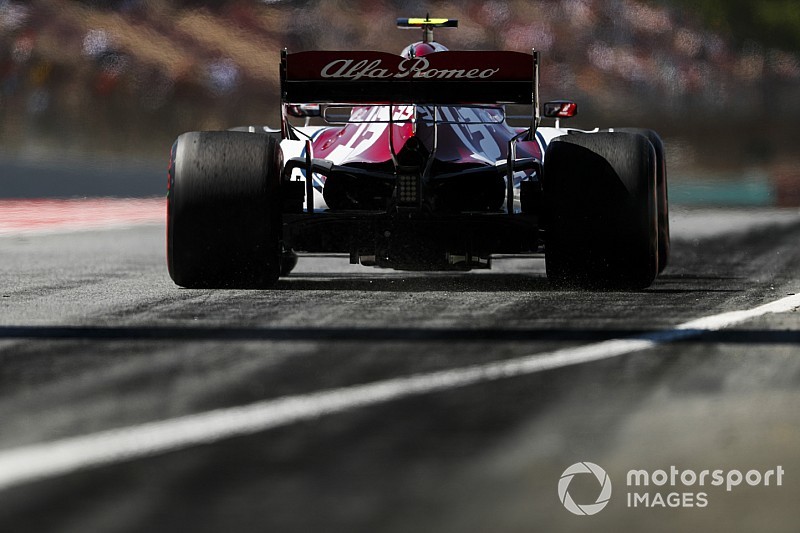 Ferrari's customer teams Haas and Alfa Romeo have both elected to switch to the Italian manufacturer's Spec 2 engine for the Monaco Grand Prix.

The Italian outfit fast-tracked the introduction of its upgraded power unit for the Spanish Grand Prix in the hope of adding more performance to its car.

Team principal Mattia Binotto said in Spain that the move to bring forward its introduction, which had been originally planned for the Canadian GP, had not been easy.

"It has been a big effort and not straightforward and not obvious," he explained. "It has been then a very last minute decision to introduce it.

"We just concluded the entire homologation process in the last days, so we did it because we were convinced that it could have been important here as well, and maybe important in the next races – maybe even Monaco."

With Ferrari having gone alone in running the upgrade at Barcelona, both Haas and Alfa Romeo have now confirmed they will run the new power unit in Monte Carlo.

Although the tight and twisty track will not particularly play to any power steps, getting an understanding of its mapping will be important ahead of the next race in Canada, which is more power sensitive.

Haas boss Gunther Steiner said: "I don't know exactly how much the power difference is, and how much the driveability is [better]. But it is energy management and all that stuff, and I don't know the maps. But for sure it will not be worse."