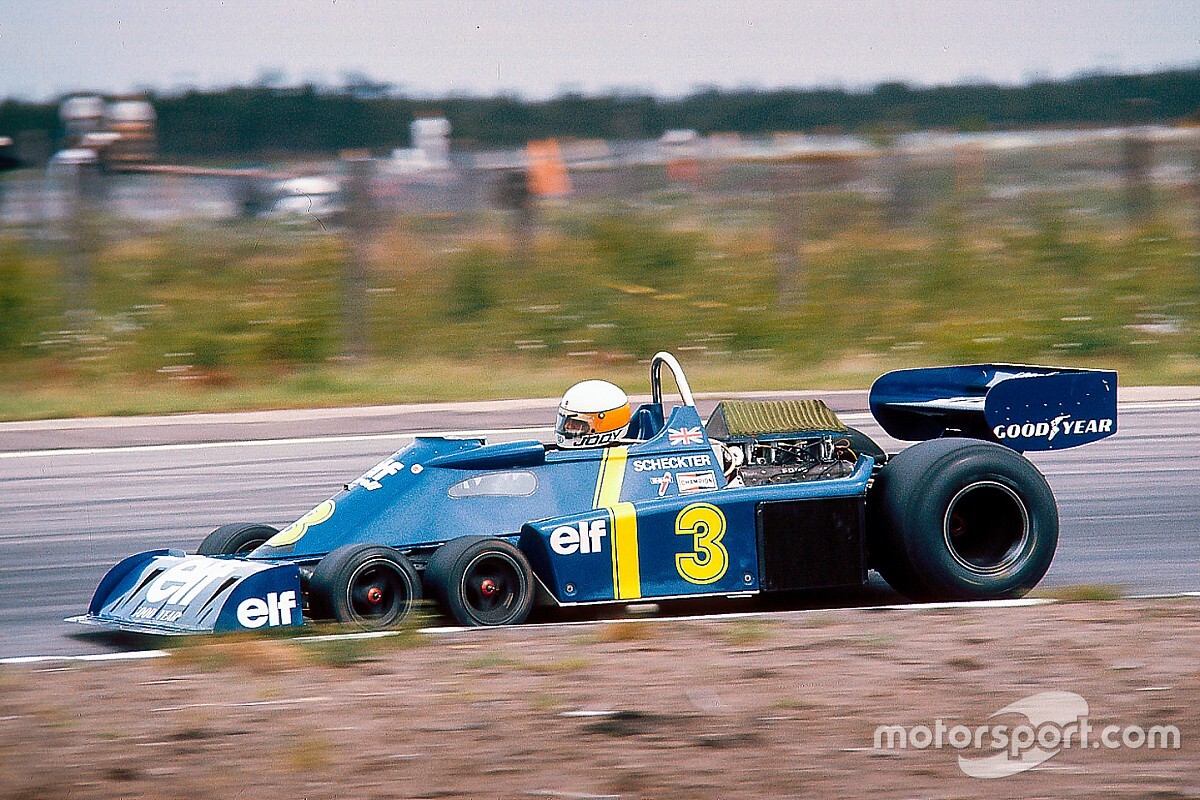 Formula 1’s unexpected day off at the Japanese Grand Prix has left many drivers scratching their heads about what to do, but Romain Grosjean wins the prize for the most unusual choice as he plans to build a model Tyrrell six-wheeler.

The arrival of super Typhoon Hagibis has prompted race organisers to scrap all Saturday track action, with spectators, media and most team personnel told to stay away from the circuit on what should have been qualifying day.

And with the advice being for people to stay inside while the typhoon blows through, drivers have been pondering a host of different activities.

While many plan to get some extra sleep, play video gamers or watch films, Grosjean has already decided that he will use the opportunity do something a bit different to everybody else.

“I have the Xbox ready to go but I also bought a Tyrrell six-wheeler as a small model to build,” said the Haas driver. “I bought the glue and went to the shop at Shiroko.

“They had an amazing radio controlled car that I wanted to buy, but I didn’t have the tools to build it. So I thought I would go for the small plastic one, the Tyrrell six wheeler and will glue it and do it.

"I don’t have the paint but will put the stickers on – and while the glue is drying I will play the Xbox a little bit.”

Other drivers were focused on trying to find things they can do at the track hotel where they stay.

"I would guess we’re not even allowed out of the hotel, are we? So I will make sure I’ve got some lunch with me as there’ll probably not be anyone in the hotel.”

World champion Lewis Hamilton even suggested that despite the impact of the typhoon he might take a trip to Tokyo or go and raise awareness of the dolphin slaughters at the Taiji cove.

“I don't know what I'm going to do tomorrow,” he said. “There's something three hours away called 'the Cove', where they're slaughtering all the dolphins.

“I'm tempted to go tomorrow and do that, because I've got nothing else to do, and it'll be great to kind of really put the spotlight on something like that.

“So I might do that, but it depends, I don't know how long it's going to take me to get there. But, yeah, that's obviously not a great part of their heritage here, their culture. Otherwise it's a beautiful place.

“But I'll probably go back to Tokyo tonight. So, go back to Tokyo, have a nice time at night with good food - they've got great arcades back there as well, so I might go and do that, maybe go back tomorrow.

“Every Saturday I take the team bowling. I don't know if that place is going to be open so we'll wait and see.”

Renault’s Daniel Ricciardo joked: “I don’t know, find a bar I guess. What else do you do? I heard that Wi-Fi is going to be down. Millennials, we’re going to struggle.”

Insight: How the F1 paddock is tackling the typhoon threat