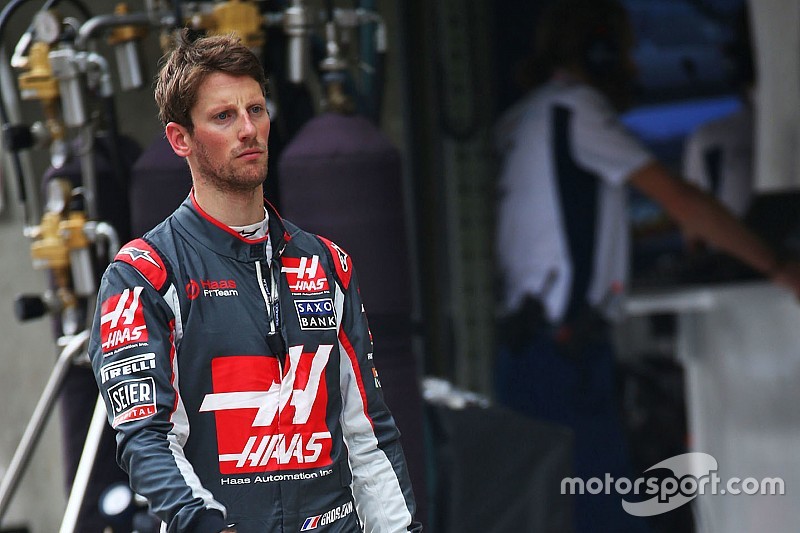 Romain Grosjean has hit out at Sauber driver Marcus Ericsson for their Turn 1 accident during the Chinese Grand Prix.

Haas driver Grosjean's scoring streak came to an end on Sunday after his front wing was damaged as a result of the clash with Ericsson at the start of the race.

Grosjean, starting from 14th on the grid on his 30th birthday, was forced to pit at the end of the opening lap and went on to finish down 19th position.

"It was the worst possible birthday," Grosjean told Canal+ after the race. "That idiotic Ericsson hit me in Turn 1 and broke my front wing.

"He saw nothing, he understood nothing, I just think he should open his eyes."

The Frenchman, who had scored points for Haas in the opening two races of the season, said his car was handling poorly after the accident.

"The balance of the car was disastrous from the start to the end," added Grosjean, who asked if he should retire the car over the radio.

"We need to analyse, to understand, there might be a physical issue.

"We can't have gone from where we were to where we are with no reason. Such a weekend can be positive in order to understand things."