Grosjean says Shield is "as bad as the Halo" 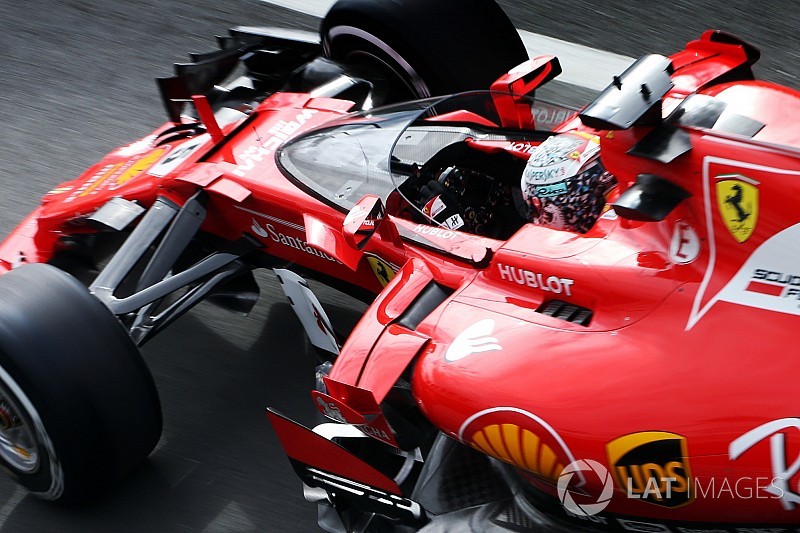 Romain Grosjean says he remains against additional cockpit protection coming into Formula 1, describing the Shield device as “as bad as the Halo” following its first public test.

Sebastian Vettel completed one lap at the start of FP1 at Silverstone with the Shield attached to his Ferrari, but he abandoned plans to complete further running with it because it made him feel dizzy.

Grosjean said the design looks no better than the Halo, which he didn’t like when he tried it in 2016.

“I’ve made myself clear since the beginning: we don’t need anything,” the Haas driver said at Silverstone on Friday. “Obviously the test was not very conclusive today.

“I’m against every Halo or shield or whatever, it’s not Formula 1.”

When asked if the shield was at least the best solution to appear so far, Grosjean added: “No, it’s as bad as the Halo.

“I tried the Halo last year, I hated it, it made me sick, so we haven’t yet found a good solution.”

Grosjean is now a director of the GPDA, having replaced Jenson Button earlier this year, and he said the matter of cockpit protection is no longer discussed by the drivers’ body.

“We are always pushing the safety element, but it’s not up to us to take the decision,” he said.

“We don’t make the rules. We are up for better safety, but it’s not up for us to come up with a solution or say we want this or this.”

Carlos Sainz Jr said that based on Vettel’s feedback, the shield needs more development work to improve it.

“My point of view, which is not the best as I have not run it, is that it looks like it’s probably more attractive to the eye [than the halo],” said Sainz.

“For the drivers, from the inside it probably doesn’t have the right development yet. From what I heard from Sebastian it lacks time and development, compared to the Halo.

“Hopefully they will keep investigating and they will find a solution to make it work.”

Sainz is keen to test the device, although Force India driver Esteban Ocon said there is little point trying the same specification any further following Vettel’s “not really promising” verdict.

“If he said he was dizzy, every driver will say the same,” said Ocon. "It’s a good concept, I am fully behind it, the team is fully behind the FIA for safety. It didn’t really work out today but they will find a way.”

His teammate Sergio Perez added: “From the outside it doesn’t look too bad. I really hope that very soon we can have a system that can bring some safety for the drivers, but we have to have something that is capable of doing the job and not causing any issues.

“It’s promising but we need to develop it in a way that can be helpful.”