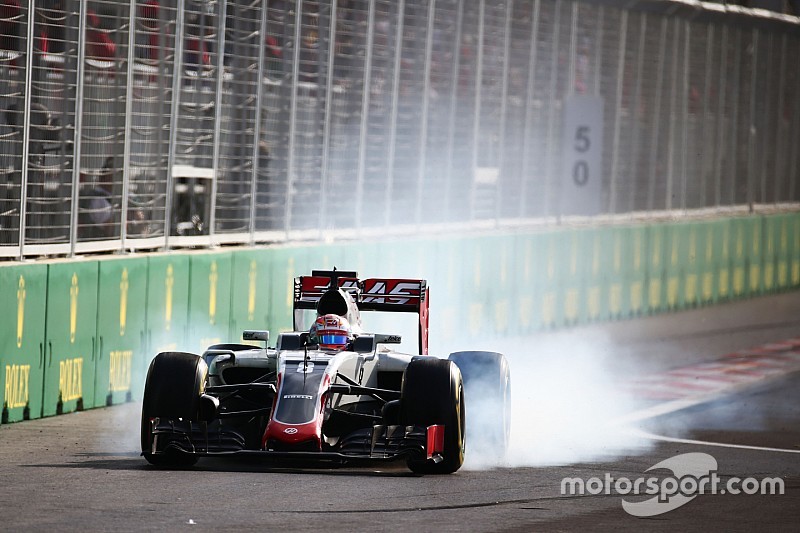 Romain Grosjean says that warmer summer weather will allow Haas to overcome its tyre troubles and return to points-scoring contention in the upcoming races.

The American squad hasn’t had a top 10 finish since Sochi, and struggled in particular in its most recent outing at Baku – where both the team’s drivers finished a lap down.

Grosjean in particular was stymied by the need to do a second pitstop after suffering from rear tyre graining, which prevented him from capitalising on his grid slot of 11th.

But the Frenchman is hopeful that hotter conditions in the next few races will allow Haas to more easily find the right working range for the tyres, starting this weekend in Austria.

“I’m hoping that we get a good summer and that we don’t have to focus too much on colder weather and trying to get the tyres to work,” said Grosjean. “Some of the races we’re now going to should be better for us.

“It was a shame about the race in Baku that we had to have the extra pit stop. I think we could have scored points. We were looking pretty good up until that point.

“We still need to work on getting the best out of the tyres when it’s cold. We have some graining issues as well, but we’re still a brand new team and we haven’t had many options to try different things.

“We’re going in a good direction even though we haven’t scored points in a while. I still think everything is going the way it should and when it eventually all comes together, it’s going to be great.”

Haas team boss Gunther Steiner admitted that the team had fallen outside of its optimal tyre working window in Baku, although he explained that the nature of the Azerbaijan track also contributed to the tyres graining up.

“Since the car was going at a high top speed on the long straight, downforce was used,” said the Austrian.

“Also there was low downforce in the corners, making the car slide around, which increases the graining of the tyre.

"One thing to take away from it, though, is that we have learned a lot from the last few events, going from the cold weather in Canada to the hot weather in Baku.

"My hope is that soon we will have a complete understanding and keep the tyres in the small window they need to work.”

Honda will be 'very close' to Mercedes in 2017, says McLaren