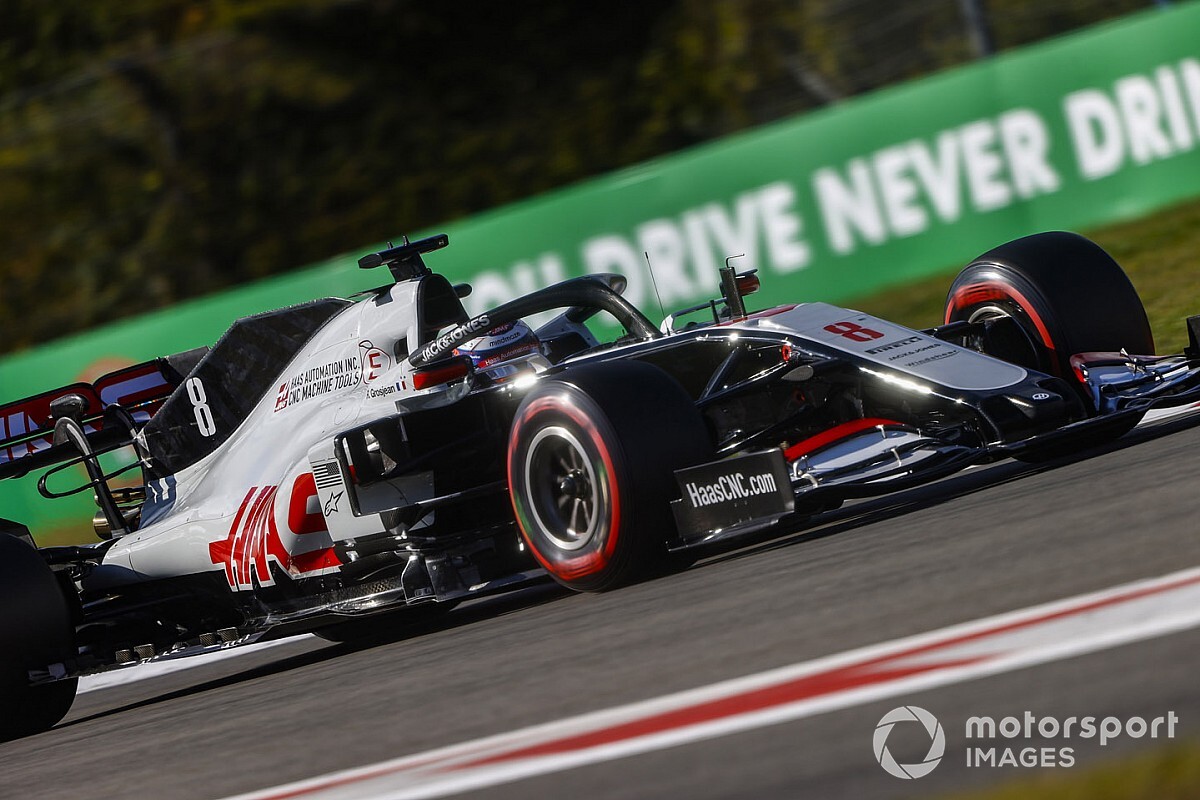 Haas team boss Gunther Steiner says Romain Grosjean’s strong run to the points at the Eifel Grand Prix will not have any influence on his driver choice for the next Formula 1 season.

Steiner is currently in discussions with team owner Gene Haas about what to do with the line-up for 2021, after admitting that there is a shortlist of 10 names being looked at.

Amid growing indications that Haas will look to replace at least one of its current drivers, with Grosjean most likely to not have his contract extended, the Frenchman’s run from the back of the field to finish ninth at the Nurburgring was well timed.

But Steiner has played down any suggestion that Grosjean’s performance could impact his decision on drivers.

“I don't think so,” said Steiner. “We cannot be this emotional, that we can go from race to race and decide on and off, you know.

“As I always said, it's a decision for the long term, not for the short term. And I don't want to fall into that trap.

“I stay very stable on that one. It's what I always said: we want to evaluate how can the team perform, or how we think the team will perform best, with which drivers in the next two to three, four years.”

Haas has been linked with a huge range of drivers, including Sergio Perez, Nico Hulkenberg, Nikita Mazepin and Mick Schumacher.

But Steiner thinks it unlikely there will be any movement on its final plan for a little while. Asked what the odds were on a decision being made before the Portuguese Grand Prix, Steiner said: “You want to go and put a bet in? That's illegal if you ask me, you know? So, I cannot answer that. No, the odds are very small.”

Grosjean’s score from the Nurburgring has left Haas just two points behind Alfa Romeo in the constructors’ championship with six races remaining this year.

However, Steiner said that finishing in the top ten was as important for morale reasons at the outfit as anything else.

“We moved one point closer to Alfa Romeo, but it's mainly for the guys,” he said. “For everybody it's just a good feeling. It keeps everybody motivated. And I think they all did a good job over the weekend.

“It feels great, I must admit, and it is very important. But not only for the position of the championship, also of the morale of the people. I mean, they work, week in week out, just try to get a little bit of happiness out of the weekend. And we got some happiness.”

Carey warns against F1 history being "straightjacket" for change