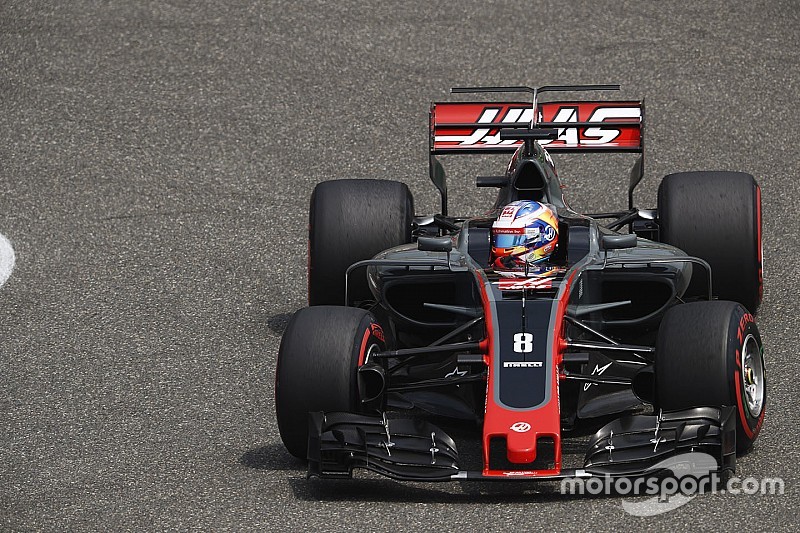 F1's governing body, the FIA, ruled the duo failed to slow sufficiently for double-waved yellow flags in the first part of qualifying, after Sauber's Antonio Giovinazzi crashed heavily at the final corner.

Grosjean and Palmer ended the session 17th and 18th fastest respectively but have now been demoted to the back, with Max Verstappen and Esteban Ocon promoted.

Speaking before the decision, Palmer said: "I lost a second in the last sector, I slowed a lot. I knew there was a problem in the last corner.

"If they look at the data, they'll see that I was basically cruising across the line."

But the stewards disagreed, saying Palmer and Grosjean "attempted to set a meaningful laptime after passing through a double waved yellow marshalling sector", which is in breach of the regulations.

The stewards added they took into consideration Grosjean and Palmer "made no attempt to significantly reduce his speed in the area of a double waved-yellow flag".

In accordance with article 38.3 g) of the sporting regulations, the penalties are not susceptible to appeal.

Both drivers were also given three penalty points, bringing Palmer's tally to seven for the 12-month period and Grosjean's to three.