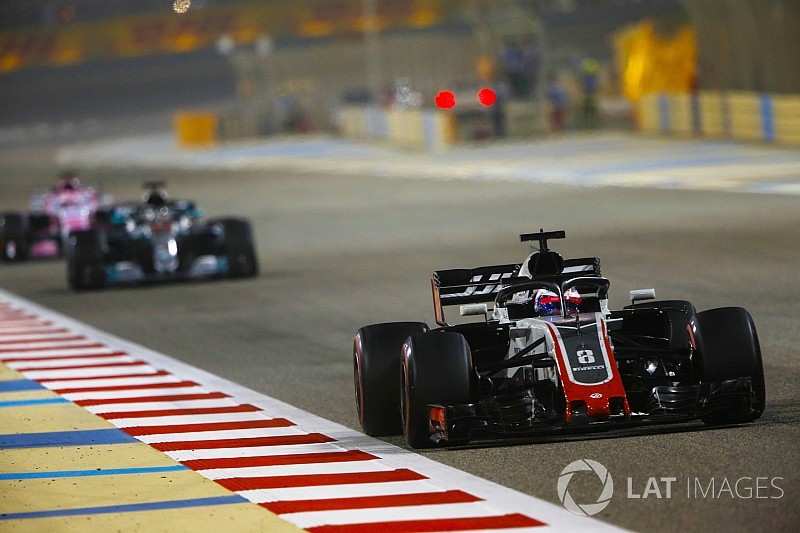 Formula 1 race director Charlie Whiting admits that he was not happy with the way Romain Grosjean’s Haas shed bits of bodywork during the Bahrain GP, citing it as "potentially dangerous".

TV pictures caught pieces flying off the Haas on the pit straight, and the Frenchman eventually made a third extra pitstop to remove a piece that was lodged in the sidepods, and was badly compromising his aero performance.

His problems came after a bargeboard worked loose on Sebastian Vettel’s Ferrari during practice in Bahrain.

Whiting suggested that the FIA may now take a closer look at how securely parts are attached to cars.

“When anything comes off a car it’s potentially dangerous,” said Whiting. “With all this furniture, as some people call it, it doesn’t take much to make it weaker – a small contact will probably make it weaker, and it will start to disintegrate, which is what happened with Grosjean.

“One bit fell off, luckily it went onto the grass. A couple more bits came off, and then they removed another bit at their pitstop, but it’s not very satisfactory, to be quite honest.

"I think we really need to make sure all these things are well-attached. There’s so many of them now.

"Some of the stuff that comes off, even if it’s not very big, could do a lot of damage.”

Haas team boss Gunther Steiner admitted that he didn’t know what had caused the issue for Grosjean.

“I don’t know if he hit something on the kerbs or ran into someone in all the manoeuvres at the start,” he told Motorsport.com.

“But they eventually came off, and we eventually had to pit to get one piece off, because it disturbed the aerodynamics so much, It was undriveable, there was no balance any more.”

How Ferrari caught up with Mercedes in Bahrain