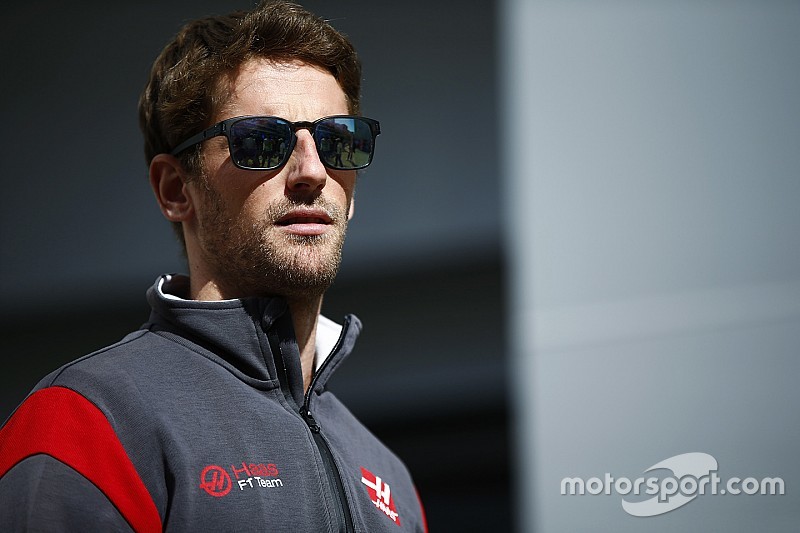 Romain Grosjean will have to wait until Spanish Grand Prix final practice for the Haas Formula 1 team's latest upgrade, after losing a coin toss to teammate Kevin Magnussen.

All F1 teams are expected to bring significant aerodynamic upgrades to the Barcelona race, and Haas will introduce a new floor in Spain.

But what Haas team boss Gunther Steiner described as unexpected "production delays" at chassis partner Dallara means only one is available to use in Friday practice.

Magnussen and Grosjean are tied on four points in the drivers' championship, so Haas decided to award the Friday upgrade based on a lottery, which Grosjean lost.

"Unfortunately I won't have it [the upgrade] until Saturday and that's not ideal," Grosjean said. "There's only one available right now and I didn't get it. It was a coin toss – I've never been lucky with that.

"It's not ideal because it's a big change of a lot of things on the car and I don't know what it's going to be like tomorrow for us. The problem is you need to set up the car around the new package."

Steiner told Motorsport.com: "It should have been both cars but the second one was late, so at that stage we had to make a choice and this was the only fair way.

"I don't know the reason why the second upgrade is late. I'm quite aggravated because we wanted to do the two together."

Steiner said Grosjean's Friday running without the new floor would still be useful for validating the upgrade.

"He can still drive the car, it's not totally different," Steiner added. "The good thing is you can compare the two cars - you can see whether what you are doing is correct or not.

"As one package it is the biggest update we have done so far. I hope we make a big jump, but realistically I expect things to be similar because everyone is updating."

Grosjean endured an awful grand prix in Russia last time out, struggling for speed all weekend, failing to escape Q1, and crashing out at the first corner with Renault's Jolyon Palmer.

Both drivers escaped censure for the incident, and Grosjean said there was "no point" talking to Palmer about the incident.

But Grosjean took full responsibility for a generally bad performance on his side of the Haas garage.

"I didn't drive well, so I take the blame for the weekend," Grosjean said. "A few things [went wrong]. We didn't react well from FP1 - we did the wrong set-up changes.

"We didn't focus enough where we should have, and things got out of the way. It was low grip – I struggle as well with that. The car never really suited me.

"We took as well the wrong decision in the background. We need to focus more on getting things correct from the beginning."

Moss back home after nearly five months in hospital