Former Haas F1 racer Romain Grosjean says his hands "are getting better" one month on from his fiery Bahrain Grand Prix crash, as he streamed his return behind the wheel on iRacing.

Last month Grosjean survived a horrifying crash on the first lap of the Bahrain GP in what turned out to be his final Formula 1 start for Haas.

Grosjean miraculously escaped serious injuries but suffered burns to his hands, which prevented him from returning to the cockpit in Abu Dhabi for his F1 farewell.

The 34-year-old has continued to receive treatment for his injuries at home in Switzerland and posted regular updates on his social media channels – and changed his Twitter bio to “Father - Husband - Racing driver - Haters and Fire resistant - Aka The Phoenix”.

On Tuesday Grosjean tweeted an update exactly one month after his accident, sharing he went to the gym and managed to play tennis.

On Wednesday he also returned behind the wheel, streaming an iRacing session on Twitch in which he took questions from followers and ran laps of the Nurburgring in a Dallara Formula 3 car.

Grosjean also shared an update on his hands with his audience, which quickly rose to four figures. "My hands are getting better," Grosjean said. "Still struggling a bit with my left [hand] and limited with the stuff I can do.

"The biggest problem is my [left] thumb, I can't bend my thumb more than this," he gesticulated on screen. 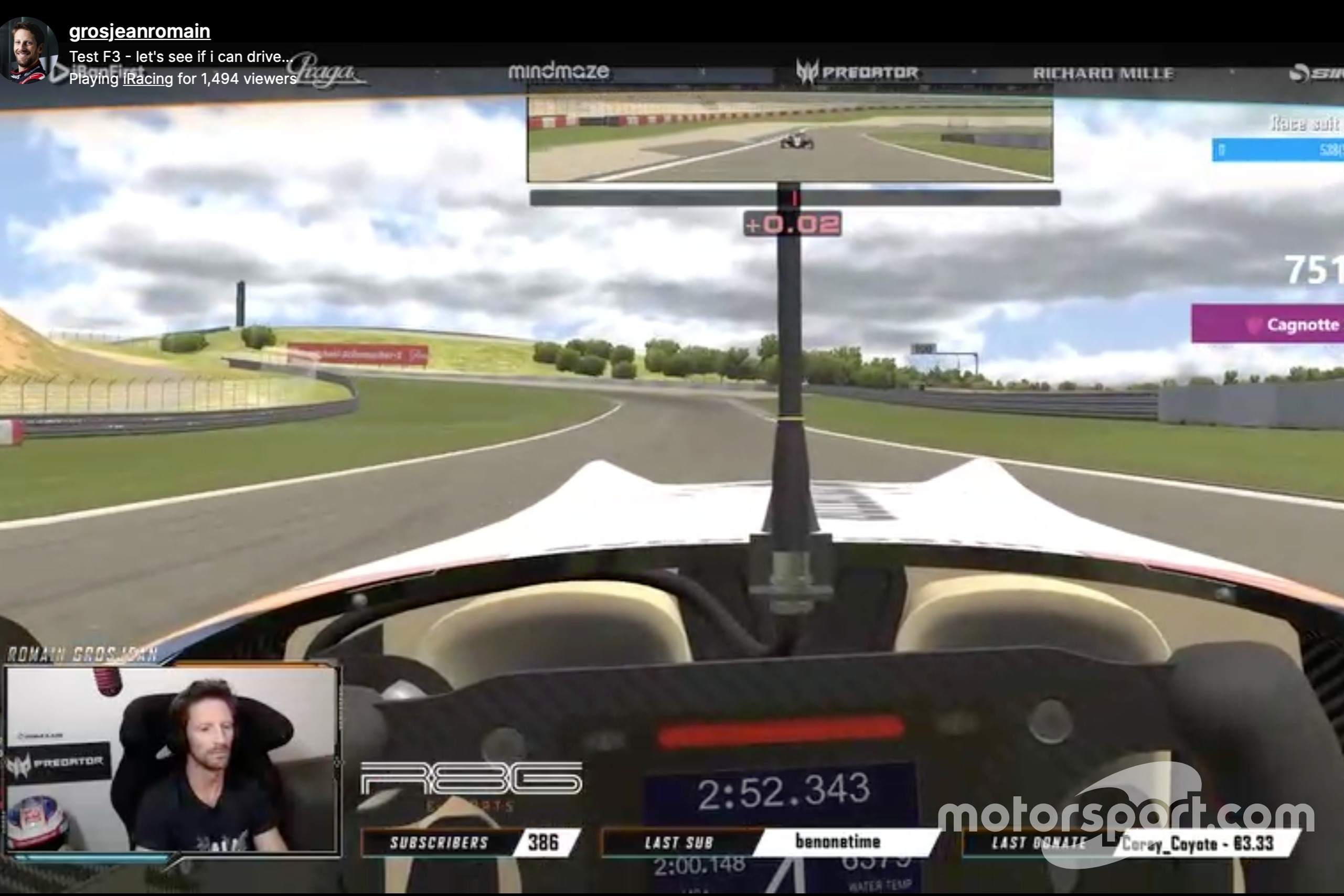 The 34-year-old is no stranger to esports, having founded his own sim racing team R8G Esports, which took part in June's Le Mans Virtual 24 Hours as well as several high-profile sim racing series.

Grosjean's own sim racing exploits are limited, although he did take part in June's Virtual Race of Champions and he is now preparing to take part in a sim race this weekend.

Earlier Grosjean said he was hoping to get a private test with a current Formula 1 car to get a fitting goodbye behind the wheel of an F1 car, with Mercedes stating that it would run a car for him if no other team was able to.

Grosjean's further racing plans in the real world are up in the air. After being notified by Haas his expiring contract would not be renewed, Grosjean took a serious look at IndyCar racing but said he might have to reconsider that idea following his violent accident.

He also stated he wouldn't race a car without a halo device, which saved his life in Bahrain.