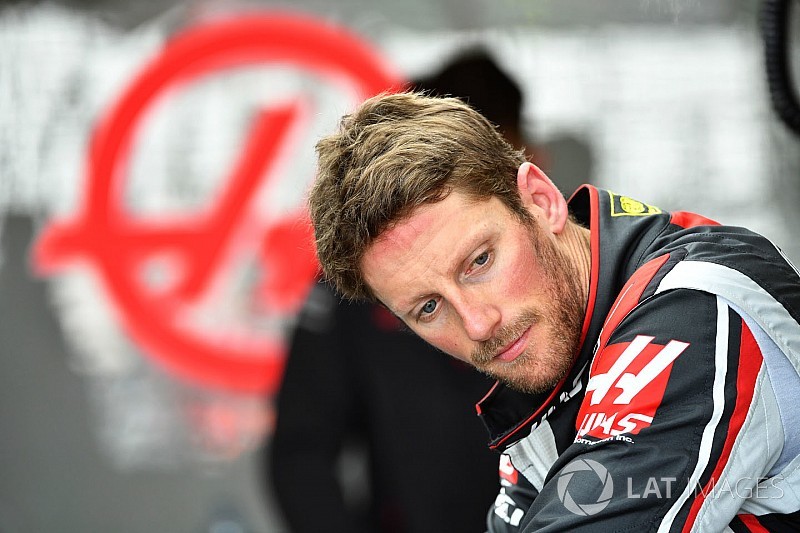 Gene Haas's attitude during his Formula 1 team's dips in form has been crucial in keeping his drivers' confidence up, according to Romain Grosjean.

Haas made an instant impact in F1 when it scored points on its debut in 2016, but has also suffered up-and-down form through its first two seasons.

Grosjean said his team owner deserves credit for how he handled difficult spells by deflecting blame away from himself, teammate Kevin Magnussen and other staff.

"You try not to lose your self-confidence over the years," said Grosjean, who has been with Haas since it joined the F1 grid.

"I was lucky to have a very good car in 2013 [at Lotus] allowing me a lot of podiums and I've known what a very bad car is as well.

"You have to believe in yourself and a team like Haas helps you. When Gene says 'Our drivers are better than our car', it's the best thing a team boss can say.

"It shows a lot of respect for the drivers and it always boosts your confidence."

Haas is a low-profile F1 team owner who has been at his most vocal when discussing issues like the team's Ferrari tie-up, F1's pay structure and the competitive disparity between grand prix racing's biggest teams and independents.

Grosjean believes he provides clear motivation within the team.

"Gene appreciates the effort everyone puts in," said Grosjean. "He knows from NASCAR that racing is complicated and he is very intelligent, he can see a lot what's happening.

"He is here to support as much as he can, rather than just putting pressure saying 'I want to see my name up there because I've been putting a lot of money into it'.

"He's got a very positive mentality and he pushes everyone to get the best out of himself."

Elite sport is a mental game, and Romain Grosjean appears to have to more of a psychological battle on his hands than most. But with the right guidance, for example in 2013 in the form of Eric Boullier at Lotus when Grosjean turned round a difficult first half of the year to emerge as a potent force in the second half of the year, he's shown he can be up there with the best of them.

If he really is comfortable at Haas with the support from the top and the way the car, particularly on the brakes, behaves then we could finally see the best on a regular basis from Grosjean at Haas. But if not, then he could continue to frustrate the team as he has over the previous two seasons with glorious highs undermined by too many lows.

Grosjean at his best seems a driver walking a tight-rope mentally, and in Australia he was firmly on that wire. If Haas can keep him there, the driver who emerged as a credible contender for a drive with Ferrari could be seen on a regular basis.

Why Mercedes and Ferrari are allies in F1's new war