Grosjean "quite confident" he won't be F1's odd man out 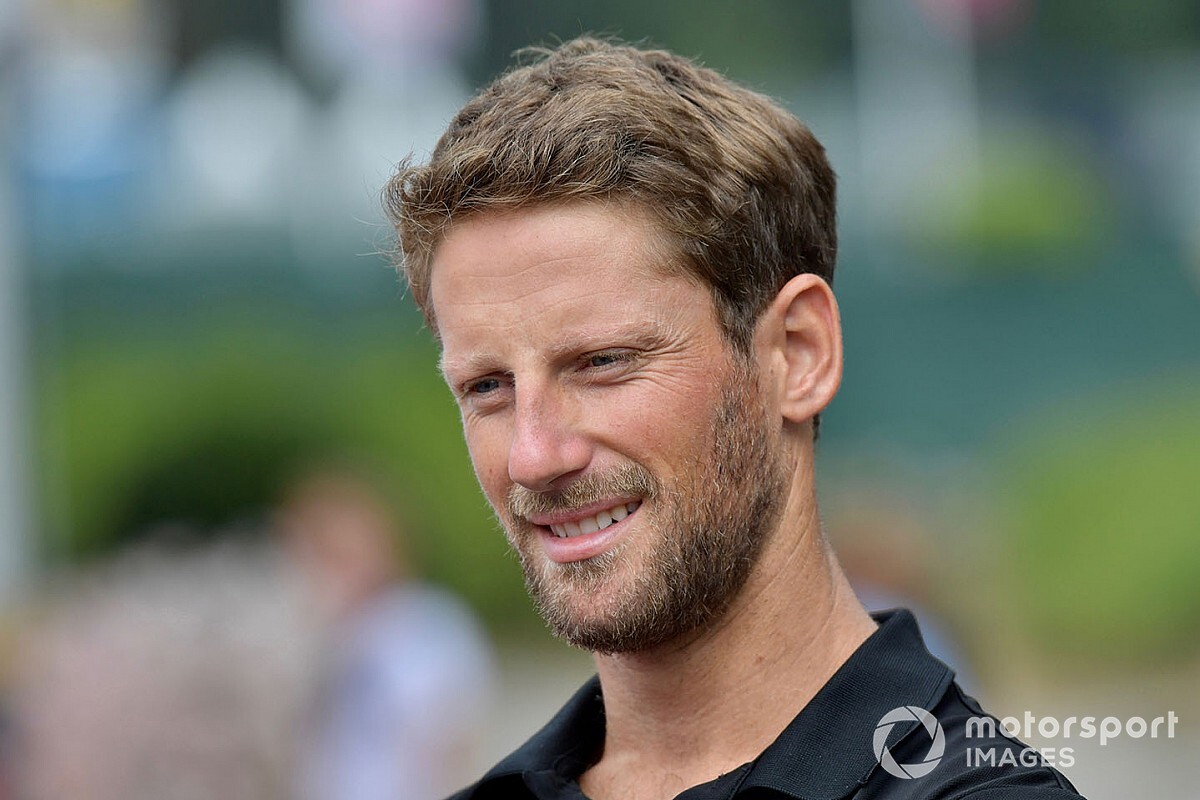 Romain Grosjean remains confident that he will have a Formula 1 seat next year despite the latest announcements from Renault and Mercedes.

Confirmation of Valtteri Bottas at Mercedes and Esteban Ocon at Renault has put Nico Hulkenberg on the market, making the German favourite to replace Grosjean should Haas opt to make a change.

However, Grosjean insisted that the changes had no direct impact on his situation.

"I don't think so," said the Frenchman. "Obviously one's coming in the market, one's going to come out. It's good for Esteban.

"It's a move that we kind of knew was going to happen, at least the French media announced it officially on Monday or Tuesday! It doesn't really change anything, I guess more rumours and fun for journalists."

Grosjean says he had no talks with Haas on his future over the summer break, and acknowledged that the next two races could still have an impact.

"Not really. Everyone was off. The next two weeks I guess are going to be key for the future. We left on good terms and come back on good terms.

"Everyone was waiting to see what Mercedes is going to do, and obviously that was confirmed, and then Esteban.

"There's only a couple of teams now that have got seats available. Here is one. We're going to hear every rumour, maybe even Jacques Villeneuve at one point!"

Grosjean believes that Haas has yet to make a call on 2020: "I don't think the decision's been made yet. We'll see.

"The pressure is always on in F1, even when you have a contract it's very easy to be put aside. We had a good example again this summer with Pierre [Gasly]. He didn't have any warning coming that he was going to be dropped, not from F1 but from one team to the other.

Grosjean believes he's done a good job on track this year, and that outside circumstances have affected his results.

"I've had a terrible year, six DNFs and none of them are my fault, so reliability has not been on my side, the car performance hasn't been on my side either – whenever we were going to have good races we just didn't get it to the finish line. It's not as good season in that aspect.

"I know the team has really found out what we need to do to improve. I'm happy with myself, obviously as we said there's one guy that's not going to be on the grid next year. Who's it going to be? I don't know.

"I think as along as you are straight in your shoes and you think you've done what you had to do it's life. It will go on, there will be a lot of things to do, less travel definitely. As I said at the minute I'm quite confident that I'll be on the grid next year."

"Formula E could be one, it's a nice championship and obviously very, very different from F1, but quite competitive, and with some good constructors coming in, it's always exciting. And maybe one or two others. Not IndyCar, I'm too scared of ovals!

"For now I still want to do F1 as the main plan, obviously there are other things that are appealing for the future. For now I'm quite happy with F1."