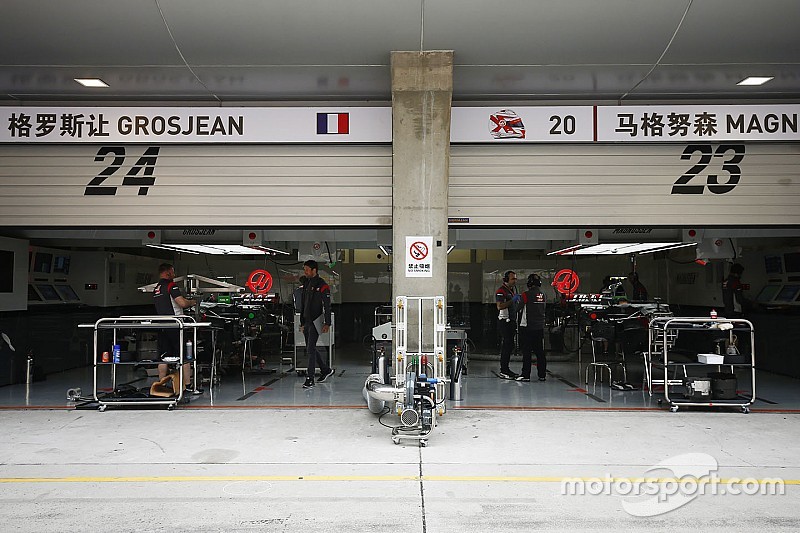 Romain Grosjean has taken a new turbo for this weekend's Chinese Grand Prix, the Haas driver taking a step towards a grid penalty later in the season.

Changing power unit elements has taken on a new significance this year as only four are allowed before penalties kick in, rather than five, as was the case in 2016.

In addition, the sporting regulations have changed to prevent drivers from taking multiple examples on one weekend, combining a series of penalties, and stockpiling for the remainder of the season.

Grosjean, whose turbo was damaged beyond repair when he retired in Australia, has now had to take a second at only the second of 20 races. The Frenchman has also changed his MGU-H, but it may be reusable after being examined by Ferrari.

McLaren's Stoffel Vandoorne has also changed both his turbo and MGU-H, but a Honda spokesman told Motorsport.com that the new units feature a slightly revised specification, and that the old examples were "still alive," and thus in the pool for potential re-use.

Red Bull's Daniel Ricciardo has a new control electronics as a result of the problem that stopped him during the Australian GP. Christian Horner told Motorsport.com that it was not yet clear whether the old one would be usable after it has been checked by Renault.

Kimi Raikkonen was the first driver to take extra elements, having already used his second energy store and control electronics in Australia.