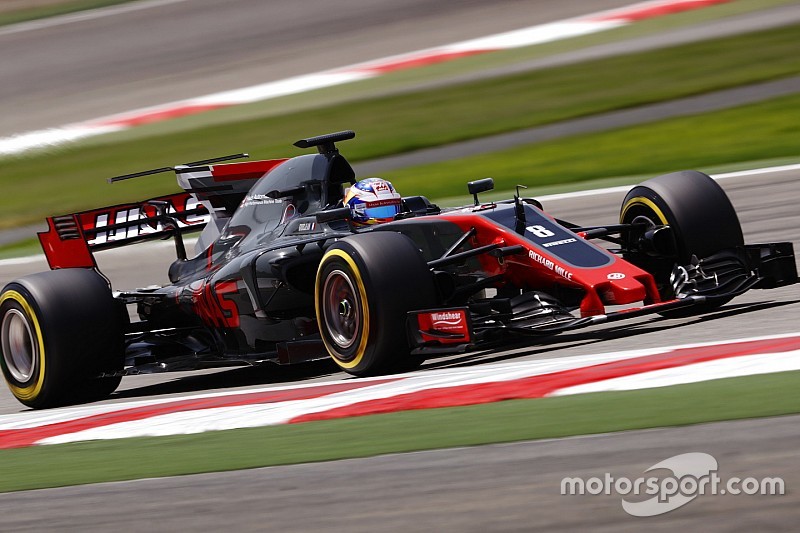 Romain Grosjean says his car’s brakes already feel ‘better’ after the latest test with Carbone Industrie in Bahrain, as he suggested his Haas team could make a full-time switch as soon as the Russian Grand Prix.

The Frenchman began an evaluation programme with the new brake products on Tuesday, having been unhappy with a lack of consistent feel from other supplier Brembo in recent months.

And although he admits that the team still needs to work out whether or not the new brakes can be effectively set up in time for Sochi, he believes it is not out of the question that the team elects for a switch.

“We still have a lot of work to do around them and see the performance, but it feels better, as it was last year,” explained Grosjean after testing.

“Otherwise it's quite similar. We just need to see if we can actually make it work with all our mapping.”

When asked if he was positive enough for a switch to come in time for the next race, Grosjean said: “I think it could come for Russia. It's all ready.

"But only if we're confident that we're going to start Russia without a hitch, as you cannot miss FP1 and part of FP2 because you're not right on mapping. We've collected a lot of data today and I think the guys are going to be working on that.”

Grosjean said the second day of running at the test with Kevin Magnussen on Wednesday would be key – because the team had to be happy that it understood the new brakes well enough.

“We can see on the data that some parts are better,” he said. “Since China we've got some updates on the Brembo brakes and that was working much better. But we had to wait a year-and-a-half to get the updates.

“Now we've put on the other ones, I've got better modulation to the end of braking, which I like. If we get it where we want to have it, it will be good.”

Grosjean admitted, however, that the situation was slightly complicated because Brembo had made good progress with recent updated products.

"I think Kevin is going to keep working tomorrow [Wednesday] and then we're going to decide.”

Massa has "no problem" with Verstappen after Brazilian remarks