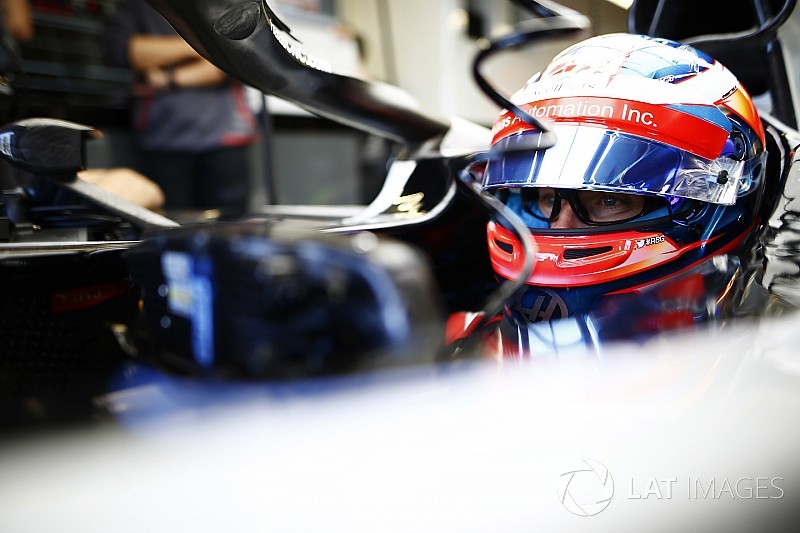 Romain Grosjean says Formula 1’s helmet camera trial glasses are painful to wear, but he believes the footage they produce is “awesome”.

Pierre Gasly gave the glasses containing a small camera their first race weekend trial in Monaco last time out, and Grosjean was the next driver to wear them for an installation lap on Friday at the Canadian Grand Prix.

While the glasses were uncomfortable, Grosjean said he was happy to help F1 develop the technology to give fans an accurate driver’s perspective from inside the car.

When asked by Motorsport.com how the trial run went, Grosjean said: “Very painful! It doesn’t quite fit well in the helmet.

“You can do an install lap but that’s about it. But I love the idea, that’s why I said yes even though I was pushing like fudge to get them in.

“But when you see the footage, you actually see the speed of the car, you see the work on the steering wheel, you see the vibrations, so people can actually feel what we are living.

“The onboard cameras nowadays, they are so good, so stable, you don’t even feel that there is vibration on track.

“Here you get to see much more. I really hope they are going to push something to put it in a helmet, or get more of that footage, because it’s awesome.”

Grosjean believes the glasses are not a practical long-term solution because they don’t fit inside the driver’s helmet properly, and they move around under extreme forces such as when the car is braking.

However, he is prepared to continue to help with the development of the technology, and is likely to complete another lap with the glasses in FP3 on Saturday.

“I don’t think you want to wear the glasses at all, that’s why we need to look at other solutions, maybe in the [helmet’s] foam, or elsewhere in the helmet.

“I’m sure there is room to put something. This is going to be the best. The closest you can get. When you look at the footage and then you play the latest Formula 1 game, it’s pretty much the same.

“The glasses are not comfy, and a bit big, but it’s a first test.

“There is another company, a friend of mine is using it in rallycross and he has been using it with me playing tennis, and it’s amazing, so I’ve told the guys maybe they can have a look at that as well.

“It’s not glasses, it’s just a thing you could put on your visor – full HD. I just like the footage and I think it’s great.”

Insight: Meet the most courageous woman in motorsports