Grosjean admits Haas had "no plan" to make Q3 at Interlagos 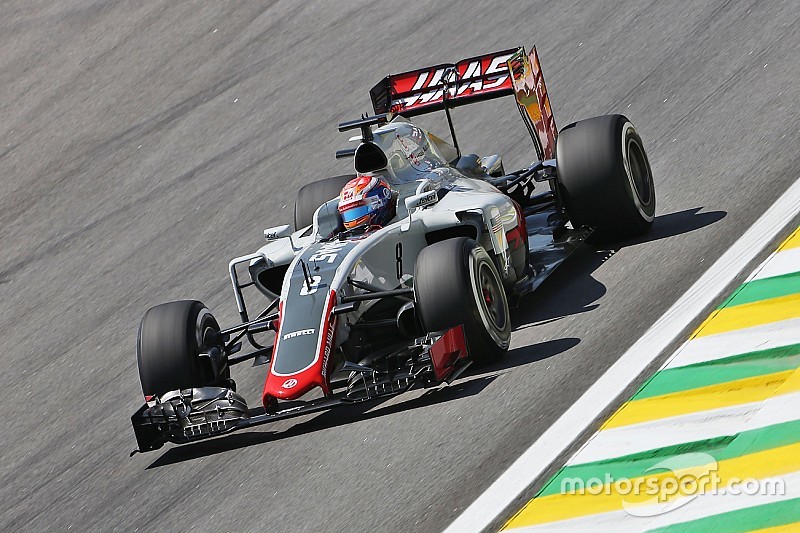 Romain Grosjean admits his Haas team had no idea that it would make the top-10 shootout for the Brazilian Grand Prix, let alone qualifying as the best of the rest behind Mercedes, Ferrari and Red Bull.

Grosjean will start seventh at Interlagos, having overcome a recent "rough run" with the team.

"We were not expecting it, and had no plan to get through to Q3," admitted Grosjean.

"It's great. We've made some good work with the car, the cooler track conditions have helped us a lot. Clearly we need to improve when it's warm.

"When it's cold and grey, we're fast. We used the new brakes with the Carbone Industrie, which I feel was a bit better, but still not perfect in some places. But getting there.

"We've had a rough run since the end of the summer break with a few issues, inexplicable problems with the car.

"[It] snaps on entry, and even this morning [in FP3] I spun twice, and the car was reacting quite weirdly. It's all part of the learning process."

Welcomes Magnussen to team for 2017

Grosjean was confirmed by Haas for F1 2017, along with newcomer Kevin Magnussen.

"Very, very happy to stay," added Grosjean. "It was a multi-year contract in 2015 and it's not a one-year experience I wanted to have.

"We've done a good job, and next year we want to go to the next step and, hopefully, with Kevin joining that's going to help us."

What's behind the rise and further rise of Kimi Raikkonen in F1 2016?