From 11th on the grid the Italian had a great first lap, avoiding incidents ahead to jump up to sixth place.

He lost a spot to Carlos Sainz after the restart, but he was still running a strong seventh ahead of Sebastian Vettel when he was called in for an early pit stop on lap 16, having reported that he was struggling with his rear tyres.

He emerged as the team had expected behind Daniel Ricciardo and Valtteri Bottas.

However, he then got caught behind them until they made their stops much later in the race, and was thus unable to take full advantage of his new tyres.

Alfa admitted that it miscalculated the pace of Ricciardo and Bottas, believing that they would speed up after Lance Stroll, who had been running ahead of them, made his early stop.

After crossing the line in 11th Giovinazzi offered a sarcastic, "Hey guys, thanks for the great strategy" message on the radio.

Although teammate Kimi Raikkonen logged an eighth place, the lost points could prove critical in Alfa's battle for eighth position in the championship with Williams, while Giovinazzi is trying to save his F1 career, with his seat looking set to go to Guanyu Zhou.

"I'm just really disappointed because today we had the chance to score points with two cars," he said.

"But on my side, the strategy was completely wrong. We pitted too early, but I don't think was the issue. The issue was that when I came out, I was in traffic. And the strategy didn't work. So, yeah, just really disappointed.

"I think today, if Kimi [Raikkonen] stayed P8 and I was P7 at that moment, so disappointing because the team didn't score as much as possible. And this is really hard for myself as well. But it's like this.

"It was just a great first lap, but in the end, it didn't do anything for my end result. So good first lap, just disappointed with the situation.

"For sure it was a strong performance overall from the quali," he told Motorsport.com. "We had a good start, we avoided the crash, we were running P6 and P9, and then P7 and P9 when Sainz passed Antonio.

"The pace was OK, but we made a choice on the strategy. We were very surprised with the pace of Ricciardo and Bottas, and then we were stuck behind them, which was a bit a shame, because he did a great job.

"Honestly the strategy was not stupid at this stage, but it didn't work, because we didn't expect Ricciardo and Bottas would be so slow. At least with Kimi we scored some good points." 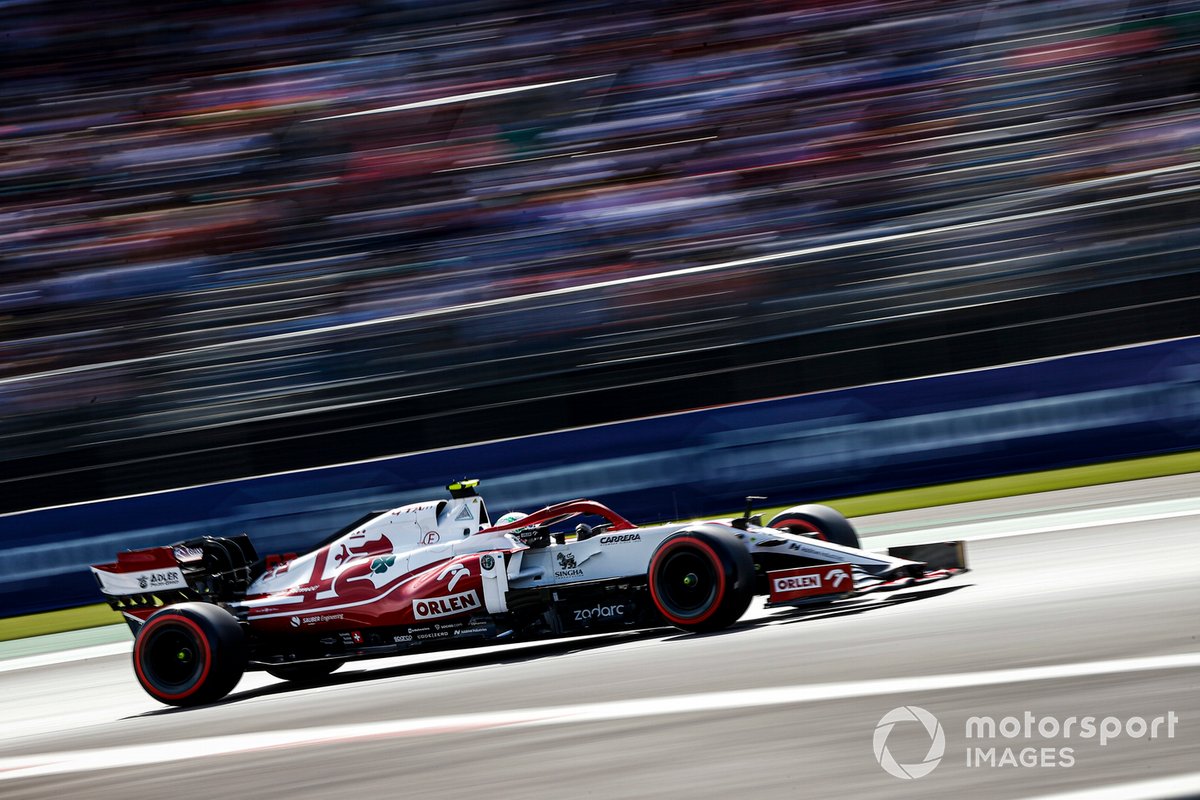 Alfa now lies 12 points behind Williams, and Vasseur admits that his team has missed scoring opportunities that its rival was able to take.

"In terms of pure performance, we did a step forward," he said. "When the weekends are going well, we are able to score good points. Now for sure if you have a look at the season, we missed too many opportunities.

"I think in Budapest we were in good shape and the crash put us out of the points and Williams in the points. It was our best quali of the season, and the crash was at the front, and we were out with the crash. It would have been better to start two rows behind like Williams!"

"You can rewrite the story of Spa – I'm not sure [George] Russell would have stayed in P2, and this could have been a good opportunity for us.

"But let's stay focussed. We scored four points in Sochi, four points here, we have four more races to go. Let's see what could happen."