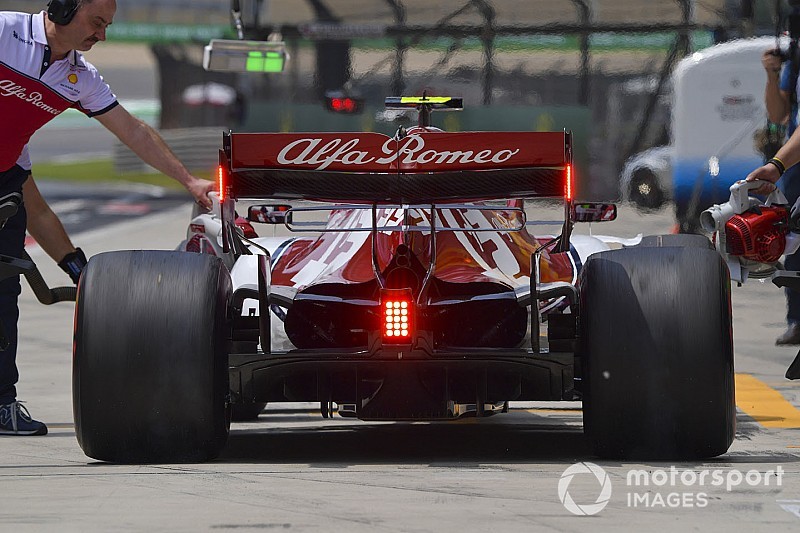 Antonio Giovinazzi is set for a 10-place grid penalty in the Azerbaijan GP after both the Italian and his Alfa Romeo teammate Kimi Raikkonen take Ferrari's new spec control electronics for this weekend.

The upgraded version was fast-tracked through the system after Charles Leclerc suffered a failure in the Bahrain GP, and was used by the works Ferrari and Haas drivers in Shanghai.

However, Alfa opted not to take it because its release by Ferrari came relatively late, and some bespoke installation work would have had to be done in the field at the last minute.

When Giovinazzi subsequently suffered a failure in qualifying in Shanghai, team boss Fred Vasseur took full responsibility for not authorising the change, and vowed to use the new units in Azerbaijan.

After China, the team did some work back at its Hinwil base on the new installation – which involves revised cabling and water lines and so on – prior to fitting the new CE units in the Baku pit garage this week.

In the interim, Giovinazzi had to take a fresh example of the old spec for the race in China, which means that the new spec he will run this weekend will be his third CE of the year – triggering a 10-place penalty, as drivers are only allowed two for the season.

Raikkonen managed to get to the end of the Chinese GP having used only his original CE in all three races. However, he is now on the bubble for penalties if he needs another during the year, as are the Ferrari and Haas drivers.

What Williams can target after breaking F1's "golden rule"