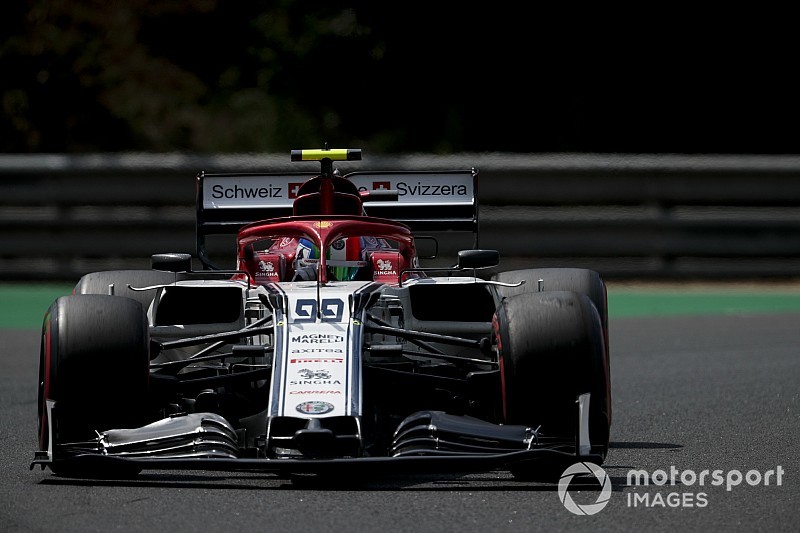 Antonio Giovinazzi has been handed a three-place grid penalty for the Hungarian Grand Prix for impeding Lance Stroll in Saturday's Formula 1 qualifying session.

Stroll was knocked out of the opening segment of qualifying at the Hungaroring, where he encountered Giovinazzi's Alfa Romeo at Turn 5.

Giovinazzi progressed to Q2 and eventually qualified 14th fastest, but will start 17th – two places ahead of Stroll – after the stewards deemed he unnecessarily impeded the Canadian.

The stewards noted that Alfa incorrectly told Giovinazzi he and Stroll were both on slow laps, when Stroll was actually on a flying lap.

However, their report stated that when on an in-lap it is the driver's responsibly to make "all reasonable endeavours" to watch for following cars and avoid impeding them.

Giovinazzi was shown a blue flashing light halfway between Turn 3 and Turn 4, the long run uphill that ends the first sector.

The stewards noted that Stroll lost "considerable time" through that part of the track as a result.

They deemed Giovinazzi "could, and should, have moved from the racing line" before the Turn 4 right-hander.

Giovinazzi was handed a grid penalty as a result, and one licence penalty point that takes his total for the 12-month period to four.