Giovinazzi "really happy" to have been on Ferrari shortlist 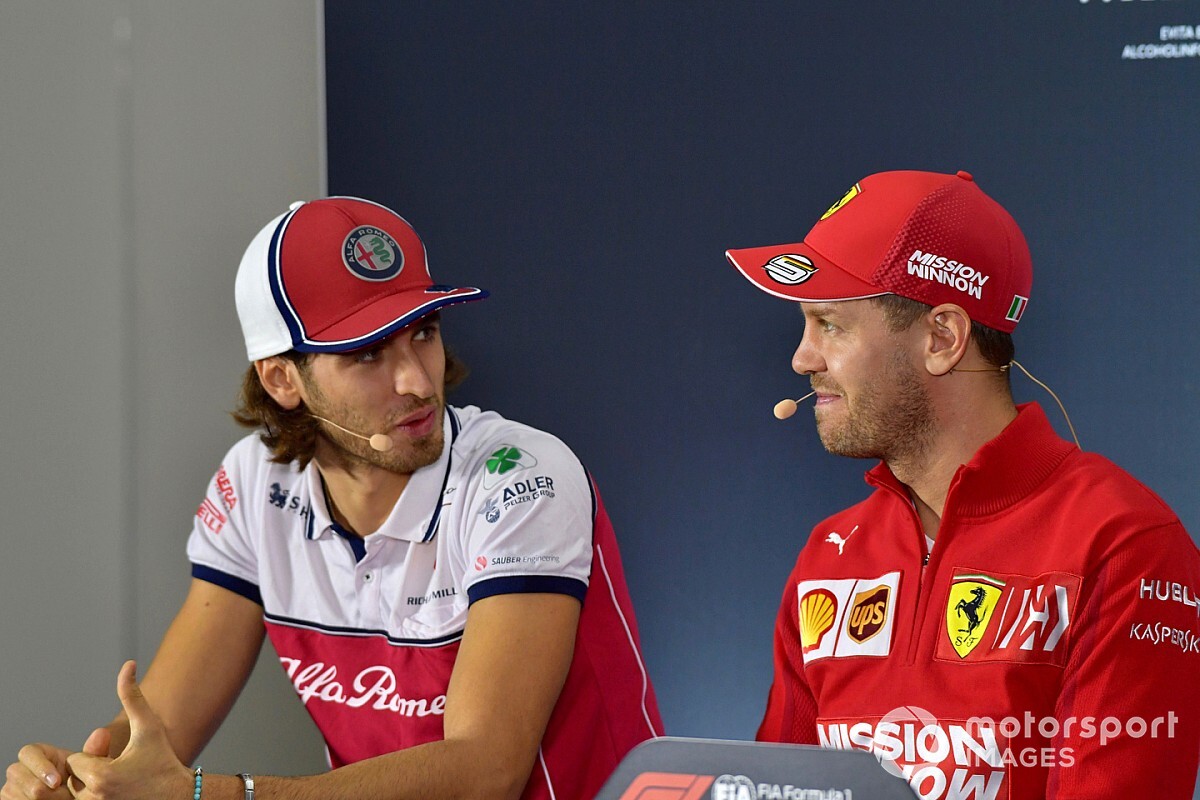 Antonio Giovinazzi bears no hard feelings after missing out on a Ferrari seat for 2021, saying he was “really happy” to be on the team’s shortlist to replace Sebastian Vettel.

But the Italian was overlooked for a drive with Ferrari following confirmation of four-time world champion Vettel’s exit, with the seat instead going to McLaren driver Carlos Sainz.

Giovinazzi said he did not feel any disappointment over missing out on the drive, believing it was not the right time for him to make the step up.

“I’m still part of that family, and I was really happy to be part of that list, to maybe have the possibility to take that seat,” Giovinazzi said in an interview with Sky Sports F1.

“I think in the end, in my career, I never had something easy. I always fight, I always did a lot of sacrifice to have something back.

“I think now was maybe not the right time, after just 23 grands prix. Last season, I grew up really well through the year, but this year we didn’t race, so it was really difficult for me.

“I’m still young, so I’m sure if I continue like that and I continue to fight and work really had, I can have that possibility [with Ferrari] in the future.”

Giovinazzi experienced a mixed start to life in F1 with Alfa Romeo last year, failing to score any points in his first eight races before picking up later in the season. He recorded a best finish of fifth at the Brazilian Grand Prix, lifting him to 17th in the drivers’ championship.

Asked why the timing was not right to join Ferrari, Giovinazzi said: “I only had one season.

“I know Charles [Leclerc] only had one season and then went to Ferrari straightaway, but from my side, I think looking back, I struggled in the second half of the season with the car.

“[Even] If I grew up as a driver, the results were not really there. But I’m still part of Ferrari, and Mattia [Binotto] said they follow me and follow all my career, [which] is something really great.

“I’m sure that still working with Alfa Romeo, still we can do great results together, and this is my main target now, this is my team now.

“In the future, we’ll see. I know I’m still Ferrari driver, so I’m sure I can have maybe an opportunity in the future.”

What it’s like to replace your “F1 idol” at Ferrari