Formula 1 officials faced a last-minute headache ahead of the German Grand Prix when a bus smashed into the starting lights at Hockenheim on Thursday. 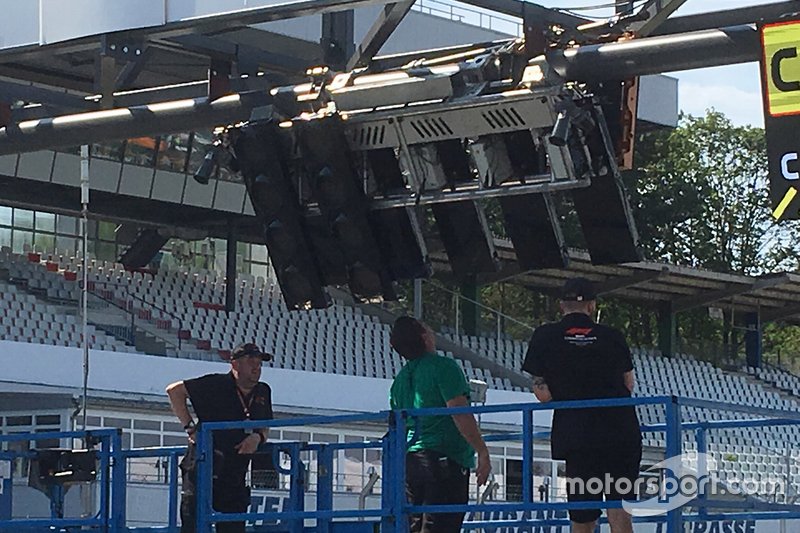 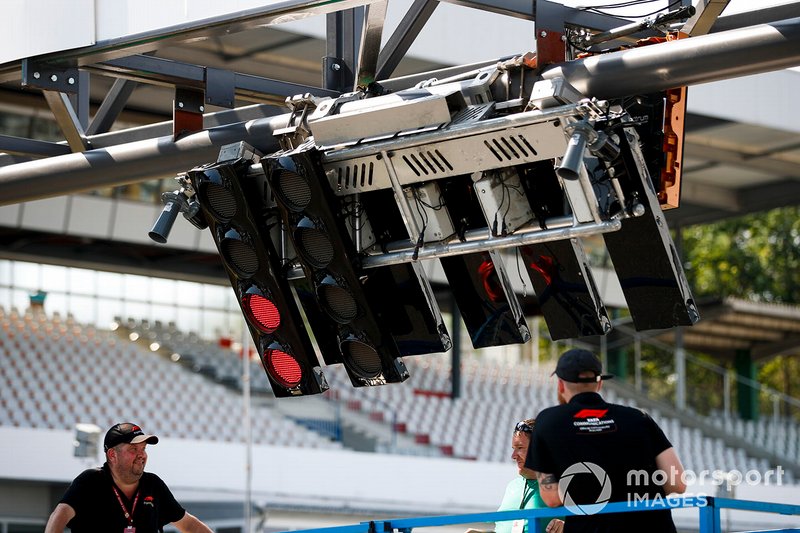 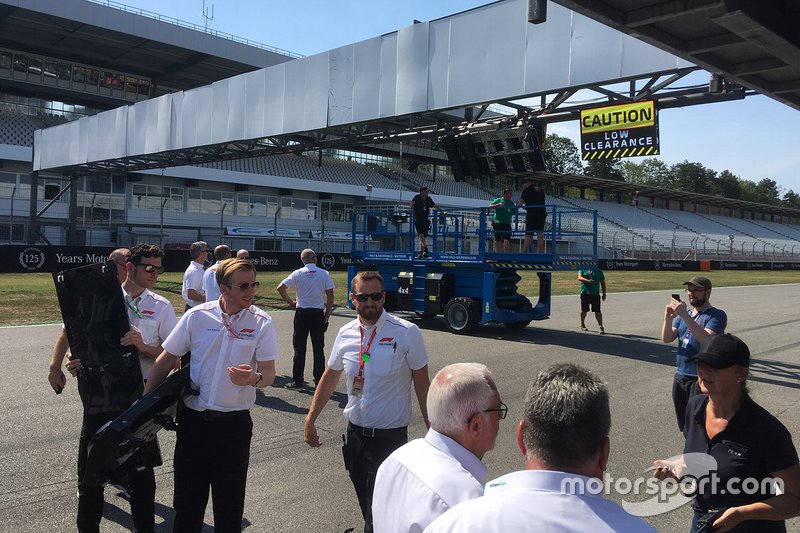 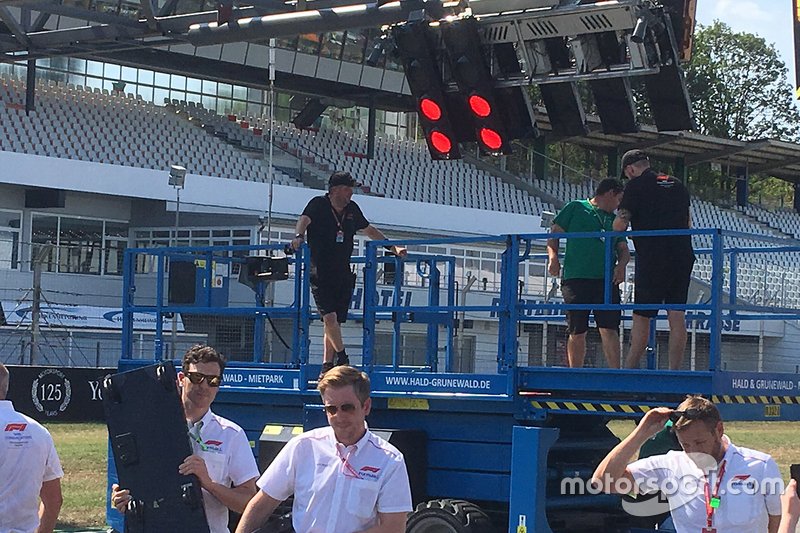 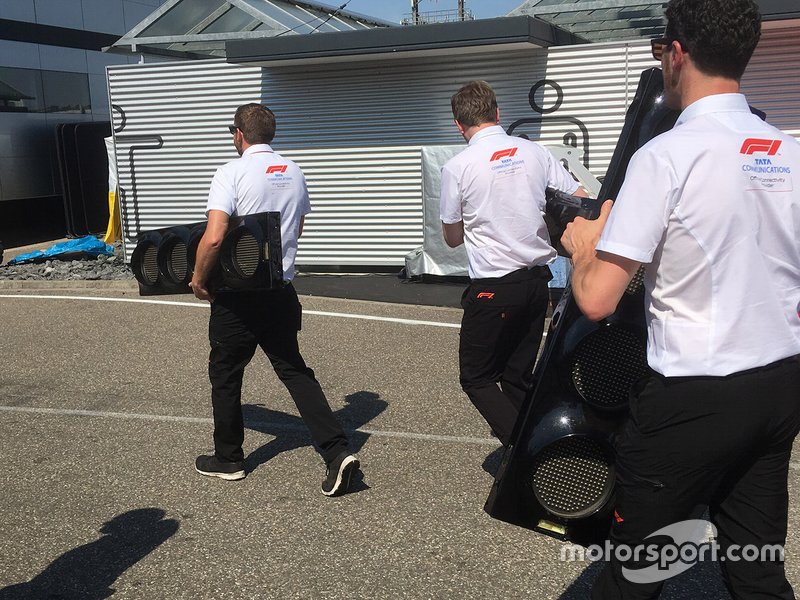 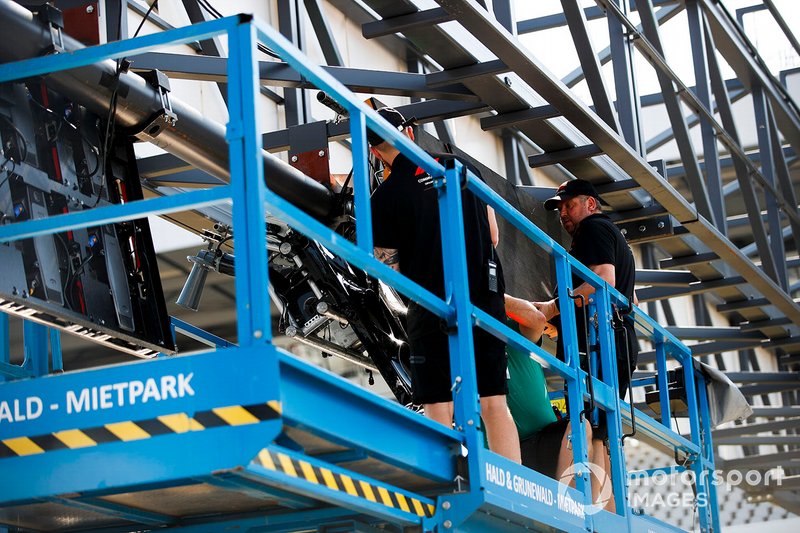 F1 personnel take away broken start lights to be fixed 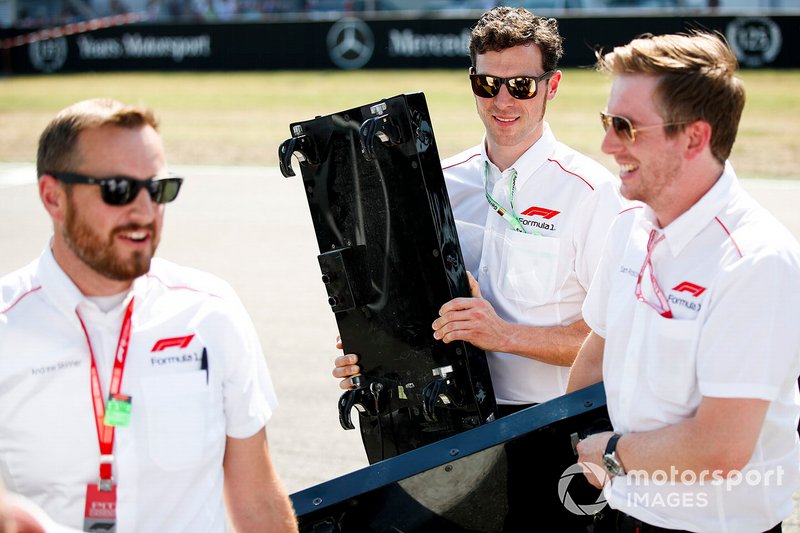 Amid the build-up to the race, the bus driver appeared not to see a ‘Caution – Low Clearance’ warning sign under the gantry at the start-finish line and miscalculated how high his bus was – striking the lights square on.

As LAT's and Adam Cooper's photos show above, the impact ripped most of the lights out and prompted F1 and FIA officials to get to work on removing the damaged items, and testing those that remained attached.

The FIA always has spare lights available in case of trouble, and it did not take long for repairs to be made. The start lights were back in action later on Thursday afternoon.

Earlier this year, a recovery truck driver in Baku misjudged the height of his vehicle and struck a bridge while it was bringing George Russell’s Williams back to the pits. 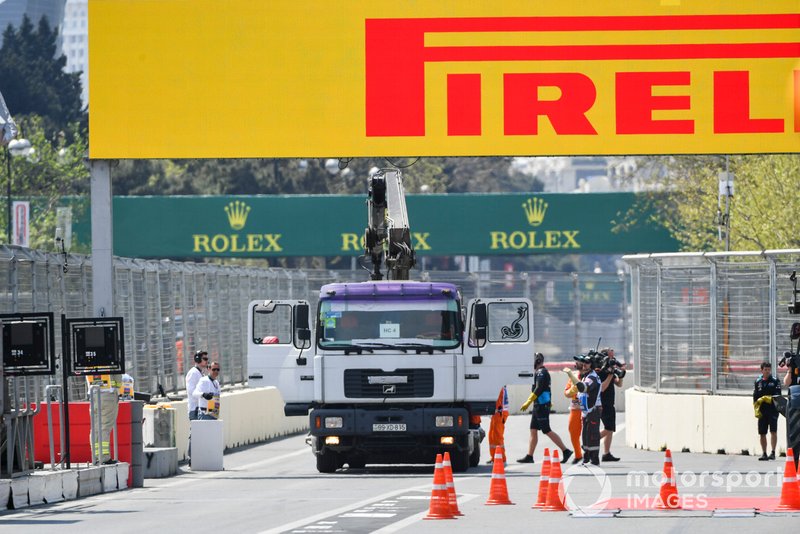 Car of George Russell, Williams Racing FW42 returns to the pit lane on the back of a low loader

Racing Point seeks to "bring balance" to RP19 with upgrade