George Russell will be forced to take a five-place grid penalty for the Mexico City Grand Prix after his Williams Formula 1 car was hit with gearbox issues in practice.

Russell began the day with a high-mileage ‘Friday gearbox’ but after he experienced a problem with that in Free Practice 1, the team opted to fit his race unit, which normally would not be used until Saturday.

However, that too suffered an issue early in FP2, forcing Russell to miss most of the session after he crawled back to the pits on his out lap. The team quickly determined that it could not be used for the rest of the race weekend, and there was no choice but to fit a new gearbox for Saturday, triggering a grid penalty.

Russell’s penalty comes immediately after he had a power unit change and started at the back at the United States GP.

“Unusually, we encountered several gearbox issues today and have consequently had to take a new gearbox which will give us a grid penalty,” said Russell. “It’s not ideal, but it’s Sunday where the points are awarded. FP1 on the other hand was a strong session for us.

“The car was feeling good, I found a decent rhythm and we showed some strong race pace. That race pace is going to be critical as the high altitude makes it really difficult for the cooling, for the brakes and for the power unit. If we’re on top of that then I think we can be on the front foot for the race.” 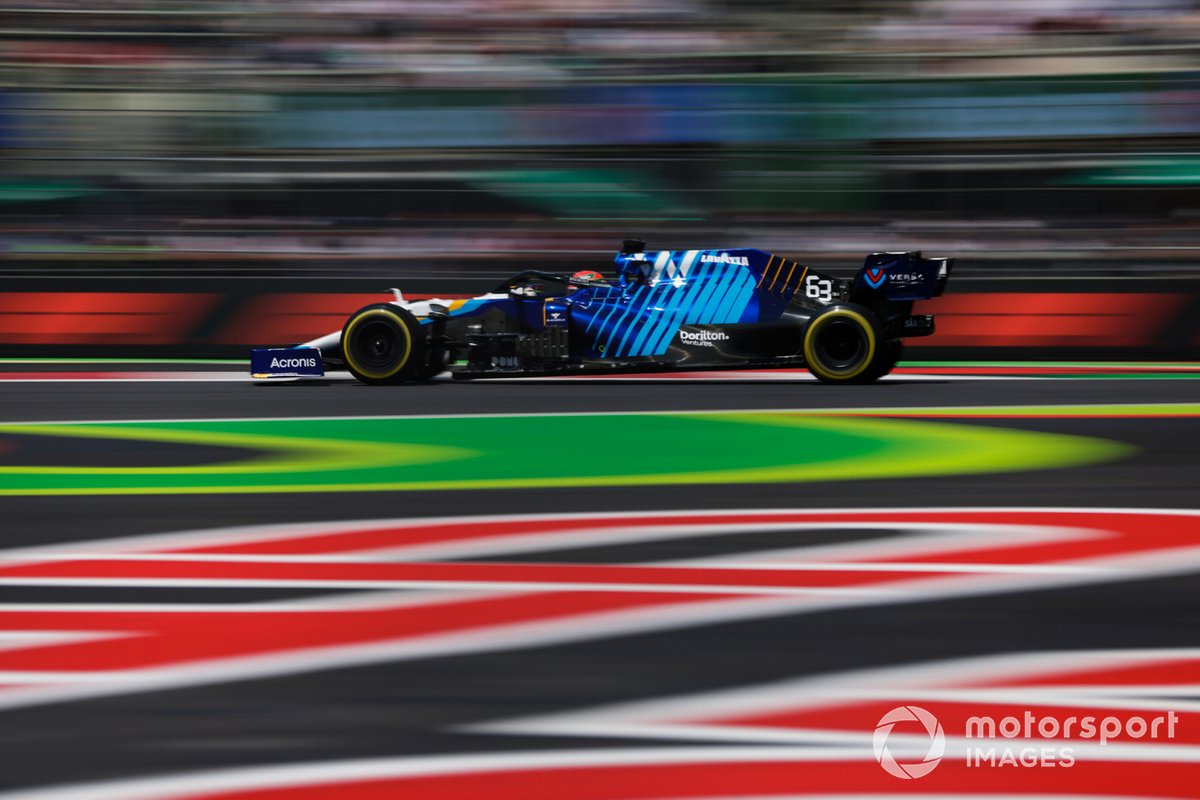 Williams Head of Vehicle Performance Dave Robson confirmed that the two issues on Russell’s car were different, and that the team also ran a reduced programme with Nicholas Latifi in FP2 as initially it was feared that the Canadian might also have a problem.

“We’ve had some issues today that hampered the programme, especially in FP2,” Robson explained. “We found an issue with George’s gearbox at the end of FP1 and so we opted to fit his race box for FP2. Unfortunately, this suffered with a different failure during the first run of FP2.

“We reduced the running on Nicholas’s car whilst we understood the problem and confirmed that he wouldn’t suffer the same issue. George will now take a new gearbox, which will leave him with a grid penalty on Sunday.

"This is frustrating, but at least it happened today rather than during the race.”

Robson remains optimistic about the Williams team’s chances of a good result this weekend: “The car is behaving as we expected, with the low downforce dominating and making the tyre management difficult.

“However, we have completed some useful testing today despite the shortened running and we are confident that we can get the most out of the car over the next couple of days. Obviously, George has some catching up to do having lost FP2, but with the car working reasonably well and his previous knowledge of this track, he will do this quickly tomorrow.”

Hamilton: Mercedes pace deficit in Mexico down to lack of downforce