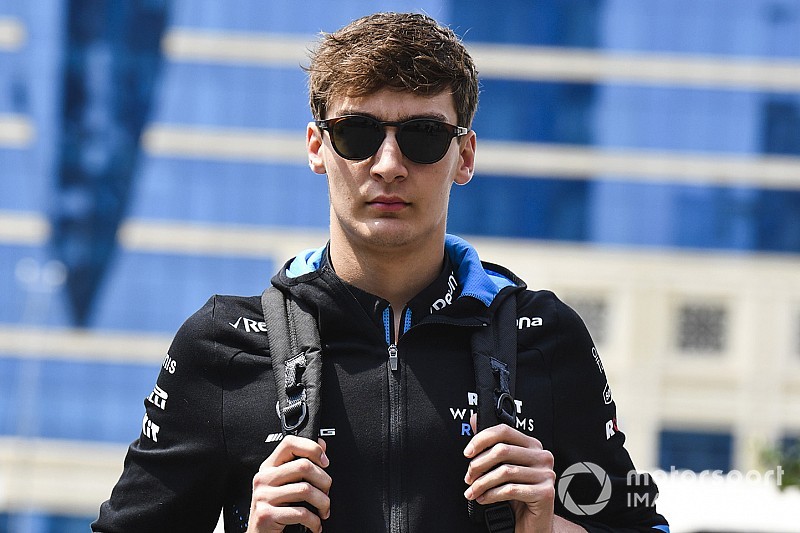 Williams Formula 1 driver George Russell was excused from his media duties in Baku on Thursday after feeling unwell in recent days.

Although Russell was seen in the paddock his team wanted to minimise his workload and allow him to rest ahead of the start of practice on Friday.

Russell was due to appear in the FIA press conference alongside Kevin Magnussen, Lance Stroll, Nico Hulkenberg and Antonio Giovinazzi, but the Englishman was given permission to miss it.

He also missed the track walk and some team meetings, although Friday's late start will allow him to catch up with the latter.

“He has been feeling unwell for a few days,” a Williams spokesperson told Motorsport.com. “But he is improving and was advised to rest to ensure he is fit for tomorrow.”

There’s no suggestion that Russell won’t be able to drive this weekend, but it’s worth noting that Williams reserve driver Nicholas Latifi, who is present in Baku for F2, does not yet have a superlicence that would allow him to race.