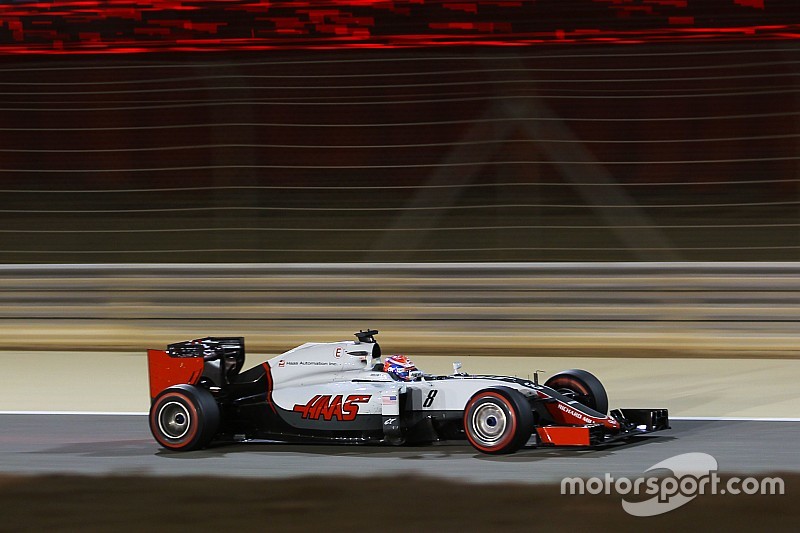 Although Bahrain was several continents away, a huge applause erupted in the No. 41 Haas NASCAR team's lounge at Martinsville as Romain Grosjean crossed the finish line fifth at the Sakhir circuit on Sunday.

Although pundits didn't anticipate that the Haas F1 Team would make a splash so early in the season, the only American entry in the Formula 1 World Championship has earned points in the first two races with Grosjean behind the wheel.

"They've done a great job, I think," Haas told Motorsport.com. "Romain, he's a heck of a driver. He got it done.

"We had a little bit of luck because [Esteban] Gutierrez has had two DNFs here, and Romain hasn't, so it's been lucky for us from that point of view."

Gutierrez was collected in a wreck by Fernando Alonso 16 laps into the season opener in Melbourne.

On Sunday, he suffered a mechanical failure in the first 10 laps. But Frenchman Grosjean has paid early dividends for the rookie organisation.

"If he keeps finishing fifth and sixth, that's a heck of a team builder," Haas said. "Everybody's ecstatic about that.

"There's so much disappointment in racing that, when you have an event that makes you feel good, it really makes a big difference to team morale."

Haas' decision to attend Martinsville Speedway - where his four Stewart-Haas Racing teams were competing in Sunday's NASCAR Sprint Cup race - and skip Bahrain was simply a case of time management.

"Bahrain was a 20-hour flight, and I didn't want to spend a day getting there and a day getting back," Haas said. "I had some other stuff I had to do in-between here, so I came to Martinsville.

"I'm going to China, because it's only a 12-hour flight. It's like these things of trying to figure out how to best allocate your time."

Overall, however, Haas introduction to F1 - and his partnership with Ferrari has been a very positive experience.

"I'm ecstatic," Haas said. "It's kind of a record-making start, but hopefully we'll do better."