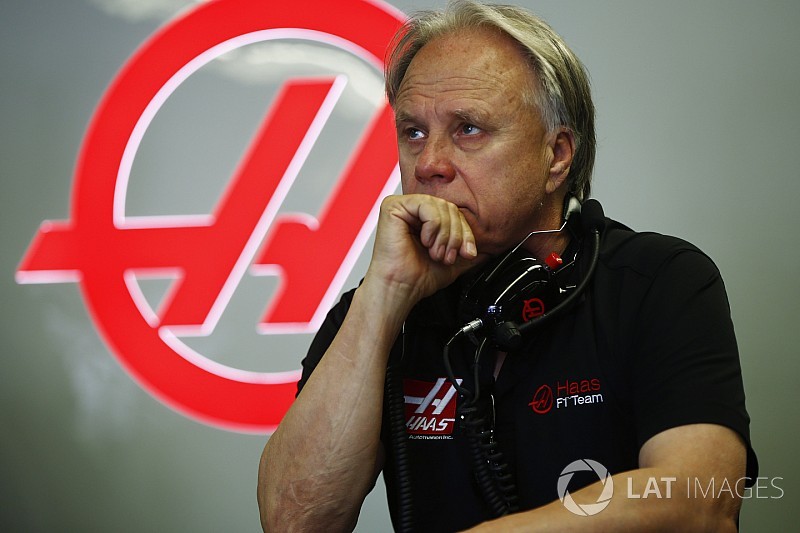 Gene Haas has moved to clarify his Formula 1 team's position on signing an American driver in the future following comments made by his outfit's team principal Gunther Steiner.

Steiner told Motorsport.com that Haas wanted to place an American driver in one of its race seats but it was not at the top of its priority list, given Haas remains a new team in F1 with only two years of experience.

His subsequent comment that he does not feel there is anyone currently ready to step in drew criticism from the likes of Indianapolis 500 winner Gil de Ferran and ex-F1 champion Mario Andretti.

Addressing Steiner's comments and the reaction, Haas said: "Gunther was asked about having an American driver in Formula 1 and, more specifically, with the Haas F1 team.

"He responded by saying something to the effect that it wasn't at the top of our priority list, and things kind of took off in a bunch of different directions as people made a bunch of assumptions.

"The fact is that we're still learning here in Formula 1, and bringing on a driver who needs to learn about Formula 1 probably isn't the best thing for us or them."

Haas said signing an American remained an ambition but its priority was to move the team up the grid and gain a strong foothold in F1 to ensure a long-term future and to do that, Haas needs experienced F1 drivers.

"We're not saying no to having an American driver, but the reality is that of the American drivers who have a superlicense and could actually compete in F1, they should really be with a team that can serve as their benchmark rather than the other way around," he added.

"Now, we fully expect to eventually be in that position – ideally, sooner rather than later – but this is only our third year and we need to improve in a variety of areas, and Romain Grosjean and Kevin Magnussen are playing a big part in that improvement because of their experience.

"They help us, rather quickly, determine if the course we're taking is a proper one or if we need to re-think our approach.

"That experience is invaluable as we look to become a team that can eventually challenge for podiums instead of just points."

"I believe in American drivers – my NASCAR team is full of them, and we've won a lot of races and championships," he said.

"Obviously, the discipline is different, but sure, there are competent American drivers who can compete in Formula 1.

"But we're not ready for that yet, and with the limited amount of testing teams have, getting anyone up to speed who hasn't already been a part of a development program would be hard. I think that's the point Gunther was trying to make."