Gasly to start from last row in Canada after engine change 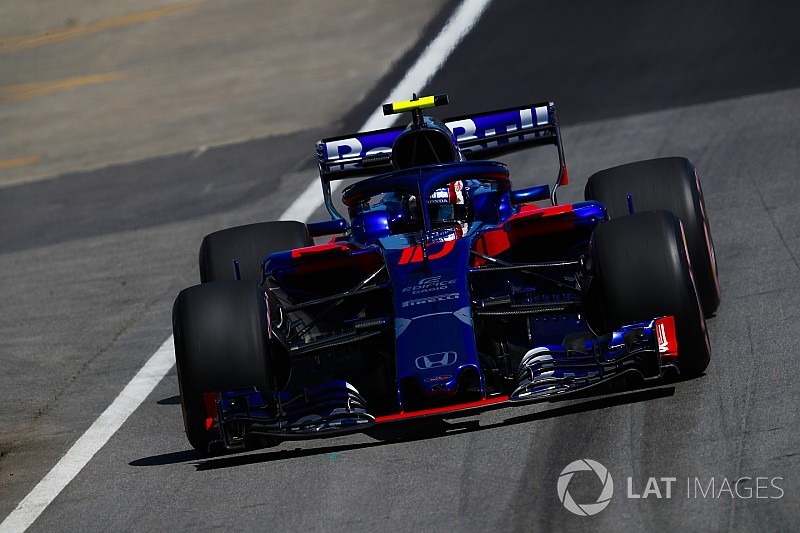 Toro Rosso's Pierre Gasly will start the Canadian GP from the back of the grid after picking up a 10-place penalty for a power unit change.

The Frenchman suffered an issue with his new spec engine in FP3, and with limited time to analyse it, the team went back to the old-spec engine he used in the first six races for qualifying, with which he earned 16th place.

However, after work overnight both in Canada and Japan it was decided that it would be safe to run the new spec in the race, so a complete fresh power unit – all six elements – has now been fitted.

The only one that actually triggers a penalty is the V6, which is his fourth of the year, so he gets 10 places.

Given that he was only starting 16th, and that Red Bull's home race in Austria is coming up soon, the team felt it better to take a hit here.

"We changed the engine after FP3 because Honda recognised on the data that maybe there could be something not working in the direction they expected," team boss Franz Tost told Motorsport.com.

"Then because of the short time to analyse it, it was safer to go back to the old spec. And then after analysing all the data with Sakura yesterday in the evening we decided to fit a new power unit.

"Also because Pierre suffered in qualifying because of the time he lost going to the weigh bridge, and we don't want to have a penalty in France or Austria. We decided to take it here, and then hopefully it works."

Intriguingly, the change also means that Red Bull now has a better chance of getting the data it needs on the new Honda spec to make a decision for 2019.

Had only Brendon Hartley started the race with the latest engine there was a risk that an early retirement for the Kiwi would leave Red Bull with limited information.

However, Todt denied that was a consideration when the decision was made: "No this was not part of the discussion, Red Bull was not involved. But of course, this is a valid point."

Tost said there were no plans to make other changes to the spec of the car which might trigger a pitlane start.

"As it looks currently we are back of the grid, we will not change any parts on the car."

The changes that helped Ferrari grab pole in Canada

Hartley: Honda update will give more in race