Pierre Gasly says his Spanish GP was ruined by first lap floor damage that left him a “sitting duck” for the remainder of the race.

Gasly had a brush with the right rear wheel of countryman Esteban Ocon shortly after the start which affected the balance of his AlphaTauri and made it hard for him to defend.

Later when Lance Stroll attempted a pass on the outside of Turn 1, Gasly tipped the Aston Martin driver into a spin, earning himself a five-second penalty.

Gasly said that he accepted the penalty, which cost him a place to Daniel Ricciardo and left him 13th.

"Honestly, I take the blame," he said when asked by Motorsport.com about the decision of the stewards.

"I had damage from the first corner onwards, and then after I was just like a sitting duck for the whole race, I tried everything I could from inside the car, tried to race as hard as I could and defend every position.

"And it was hard racing, there was small contact, but I take the responsibility of this deserved five-second penalty." 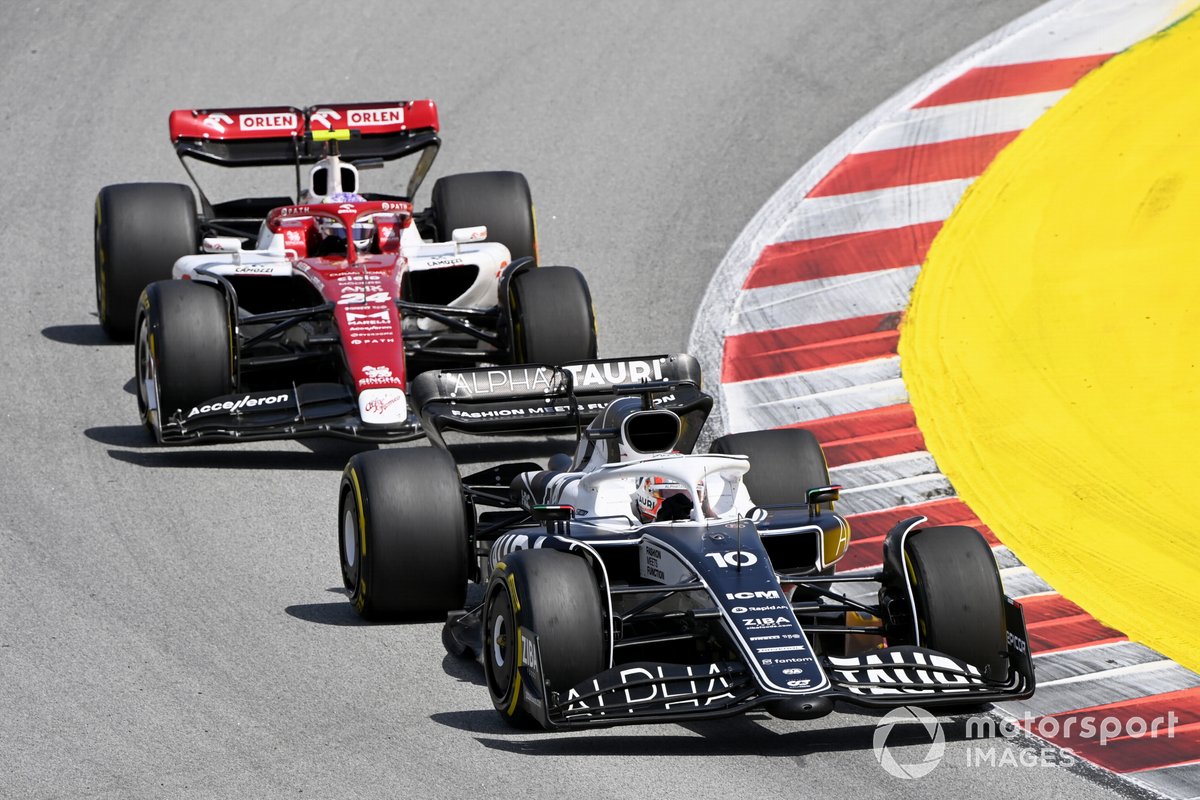 Regarding the initial clash with Ocon, he said: "I had small contact, I think we were three-wide coming into Turn 1, and then we damaged the floor.

"And from there it was just sliding a lot, losing load and you lose load you overheat the tyres in high speed, it affects all the rest of the of the lap, and just no pace."

Gasly's weekend had already been compromised by a broken exhaust and fire that forced him to sit out Saturday's FP3 session. He's hoping to make amends for recent bad luck in Monaco.

"It's just frustrating because every race at the moment we seem to have something coming against us. And we just can't put in, not even a strong performance, just a normal performance, with the car that we have.

"I just want to get back out there and try to have a clean weekend. That's what we aimed for coming here. Unfortunately, it didn't really happen, with FP3, a couple of issues we had there, and again today.

"It's part of the sport, it's not always ideal. And at the moment we seem to have quite a lot of obstacles. But we're not the kind of people to give up and we'll just work with the team and come back at it next weekend and with the best energy and ambitions to do well."