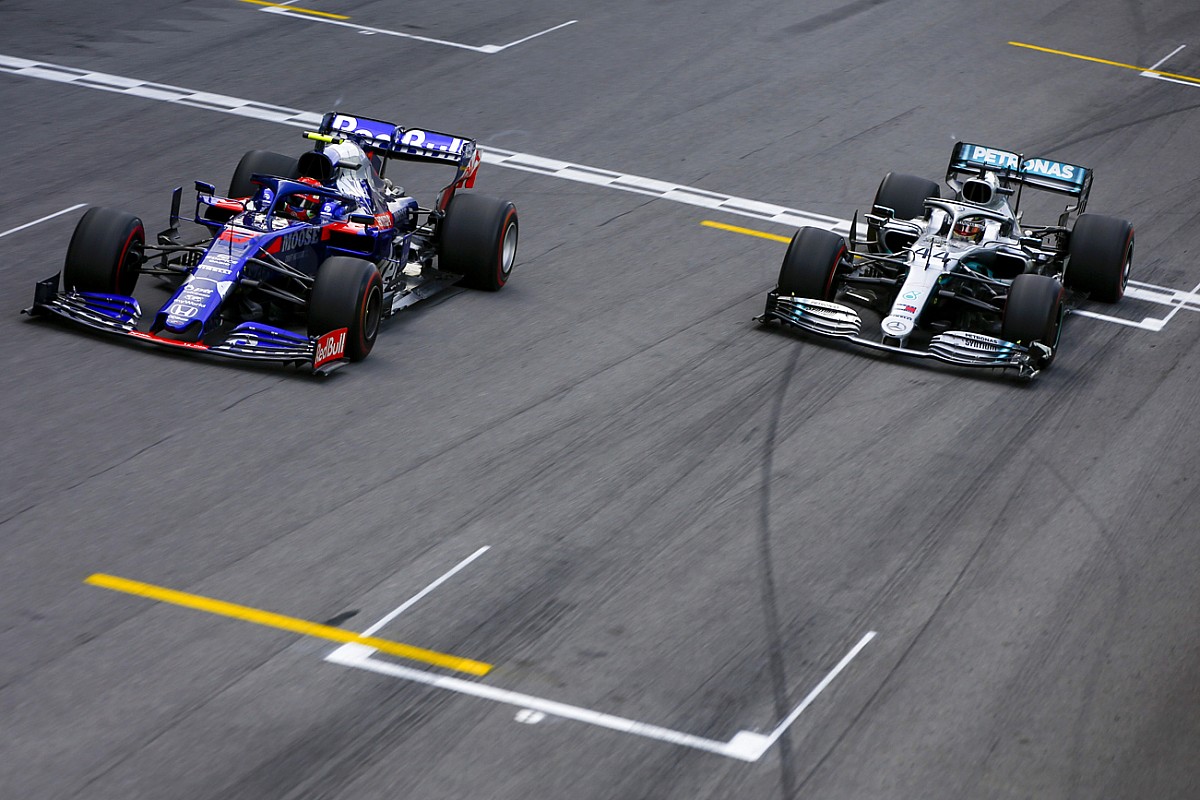 Pierre Gasly's return to his best in Formula 1 has been triggered by the "relief" of escaping the intense pressure that hurt him at Red Bull, reckons his former boss Christian Horner.

The Frenchman drove brilliantly at the Brazilian Grand Prix to take the first podium finish of his F1 career with second place behind Max Verstappen.

And after a season where he was dropped by Red Bull over the summer break and moved to Toro Rosso because of poor results, it marks an amazing turnaround for the youngster.

Red Bull team boss Christian Horner says that key to what has happened was Gasly taking the right approach after being moved, and the way he felt liberated when some of the pressure on him fell away.

"I think the way he embraced the change," said Horner, when asked by Motorsport.com about the reasons for Gasly's turnaround with Toro Rosso.

"He had two choices. He could either have got depressed about it, or be grateful for the fact that he was still involved in Formula 1 and that Red Bull still believed in him. I think he embraced it rather than got dejected by it.

"And I think there was almost a slight relief as well because obviously the pressure only mounts [in F1], and he came into the season after two crashes. Then, there were some really tough races for him and you guys [the media] don't cut much slack either.

"So the pressure only builds, and I think it was the right thing to remove him from that pressure. It's been good to see him really find his confidence at Toro Rosso."

Although Red Bull felt that Gasly needed to be moved away from the main team earlier this year after failing to deliver, Horner has not ruled out him being picked again in the future if he continues to show good form.

"If we didn't believe he was a candidate for us we would have released him from the contract," said Horner. "But obviously we still believe in his talents and that's why we retained him within the group."