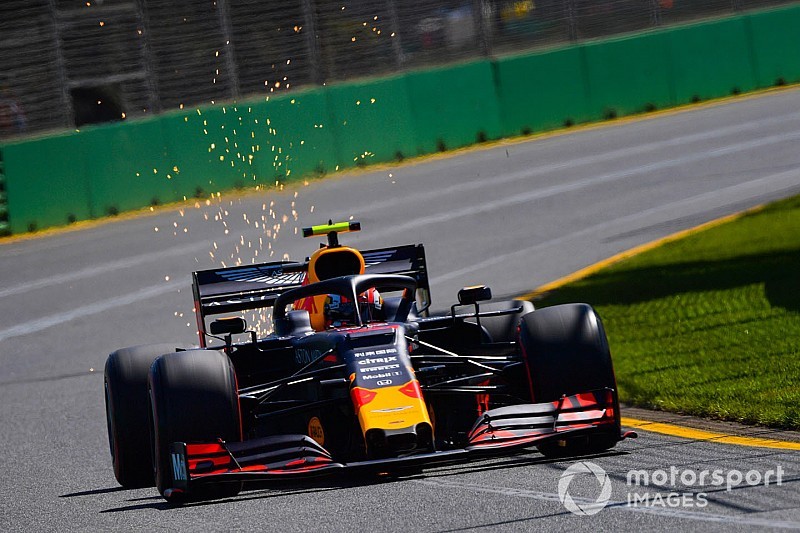 Pierre Gasly put his Q1 elimination at his first Formula 1 race for Red Bull Racing at the Australian Grand Prix down to an over-optimistic strategy.

Red Bull chose to only make one run in the first segment of Melbourne qualifying.

Going into the final minutes, it sat third with Max Verstappen and eighth with Gasly.

But improvements from most of the rest of the field pushed them down the order.

Though Verstappen still made it through to Q2 in 10th, Gasly - just 0.144 seconds slower - was 17th and eliminated.

"We've been a bit optimistic with one run and I'm really, really disappointed with that," Gasly told BBC Radio 5 Live.

"That was our strategy. I was pretty happy with my first lap, ended up one tenth behind Max, so only lost a little bit.

"We just didn't expect others to improve so much on the second run."

Gasly said he knew as soon as he saw other drivers' second-run times that going out in Q1 was a strong possibility.

"When I saw the improvements they were doing, they were winning almost a second, I quickly understood that it would be pretty tough," Gasly added.

"It's disappointing because FP3 was better, I felt more comfortable with the car in qualifying and I think we had the pace to get a decent result.

"We got caught out by track evolution and it cost us a lot."