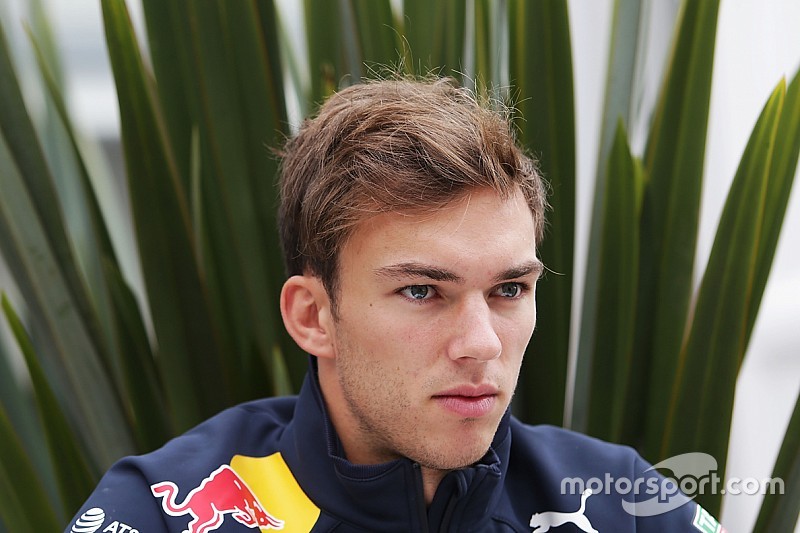 Pierre Gasly is poised to make his Formula 1 debut for Toro Rosso as soon as this weekend's Malaysian Grand Prix, with multiple sources suggesting that the Italian team has decided to rest Daniil Kvyat.

Although there has been no official confirmation from the Faenza-based team, it is understood that Red Bull chiefs have made the decision to give Gasly an early try-out in a race seat to work out if he should get a full-time contract for 2018.

There had been an initial idea weeks ago to get him to step up in Sepang as replacement for Carlos Sainz, if the Spaniard had been able to complete an early switch to Renault.

However, with Jolyon Palmer standing firm that he wants to see out the season with the French car manufacturer – and the Briton having eased pressure on himself with a point-scoring finish in Singapore – there is now no opportunity to Sainz to move early.

Sainz's career best fourth-placed finish in Singapore has also meant that Toro Rosso is reluctant to let him go, especially because it is caught in a close fight in the constructors' championship with Williams and Renault.

Thanks to Sainz's Singapore points, Toro Rosso is now just seven points behind fifth-placed Williams, with Renault a further 10 points back.

With Sainz staying put, sources have suggested that Toro Rosso has instead decided that Kvyat will be rested for now, to give Gasly a try out in a race seat.

There are suggestions that he will do both the Malaysian and Japanese Grands Prix, but will be unable to race in Austin because it clashes with the finale of the Japanese Super Formula championship.

"At the moment I plan to do Suzuka," Gasly said over the weekend. "We will work with the team. And we will get ready for Suzuka. And i will try to do our best there. Because I’m in good position to fight for the championship. That’s the main target."

Kvyat would then likely be slotted back in for that race, but it is unclear what Red Bull would plan to do for the final events of the season.

The Russian has had a frustrating season, having scored just four points this year, thanks to ninth placed finishes in Australia and Spain. This compares to the 48 points that teammate Sainz has delivered.

Why Aston Martin has an F1 legacy to repair