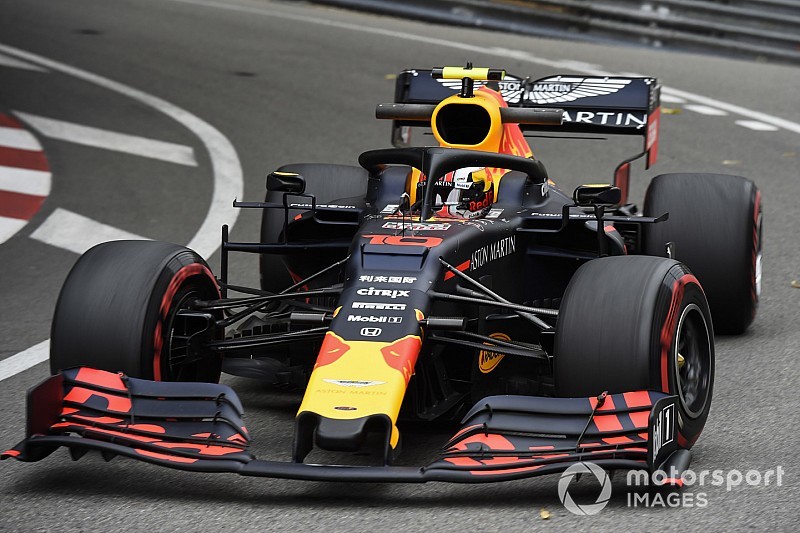 Red Bull Formula 1 driver Pierre Gasly has been penalised for impeding Romain Grosjean in the second segment of qualifying for the Monaco Grand Prix.

Grosjean was baulked by Gasly in the closing stages of Q2 exiting the Casino right-hander, prompting an expletive-filled radio rant from the Haas driver, who complained: “Honestly, people don't give a s**t”.

The incident cost Grosjean a final chance to improve his laptime and left him consigned to 13th on the grid, as he was eliminated in Q2 while teammate Kevin Magnussen advanced to the final segment.

Gasly had advanced too, and ended up qualifying in fifth place, one spot ahead of Magnussen. However, after hearing from Gasly, Grosjean and their respective team representatives, the stewards imposed a three-place grid penalty on the Red Bull driver, as well as awarding one penalty point on his license.

“The driver of car 8 [Grosjean] had to brake hard to avoid colliding with car 10 [Gasly], which was clearly going slowly on a preparation lap, and was on the race line,” the stewards' decision read.

“At the time car 8 was clearly the only car on a fast lap in the area, and while the Stewards accepted that it was unlikely that the driver of car 10 had any opportunity in that sequence of turns to see car 8, the team admitted that they had failed to give any warning.”

The penalty demotes Gasly to eighth on the grid, as he is moved behind Magnussen, Renault's Daniel Ricciardo and Daniil Kvyat from the sister Toro Rosso team.

Asked about the Gasly incident after qualifying, Grosjean said: "Poor guy, he wasn’t told anything. It has got big, big consequences for me because I could’ve made it into Q3 and obviously I ended up in 13th.

"I think Red Bull massively f**ked up that one. Pierre couldn’t do anything." 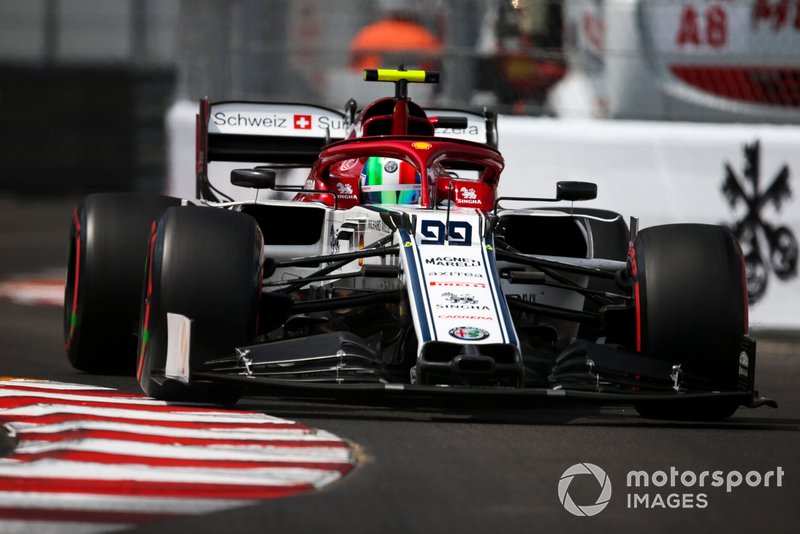 Alfa Romeo's Antonio Giovinazzi was another driver to incur a three-place grid penalty and one point on his license.

Giovinazzi was judged to have “unnecessarily impeded” Nico Hulkenberg in the opening qualifying segment at La Rascasse.

The stewards accepted that Giovinazzi was “warned exceptionally late” about Hulkenberg coming up behind him, but ruled that the Italian “had the opportunity to give more room regardless of whether he received a warning from the team”.

Hulkenberg, for his part, largely absolved Giovinazzif blame for the run-in.

"Of course, it was not ideal. I went to the stewards with that with Antonio," Hulkenberg said.

"Basically the team told him way too late, and as a driver, it's not very forgiving that, because with these bends here you cannot see a car coming. It was not really his mistake, but it didn't really help my Q1."

The incident happened early in Q1, with both drivers able to progress into the second segment. Giovinazzi ended up qualifying 15th, and will now be moved behind Ferrari's Charles Leclerc and the Racing Point duo of Sergio Perez and Lance Stroll on the grid on Sunday.