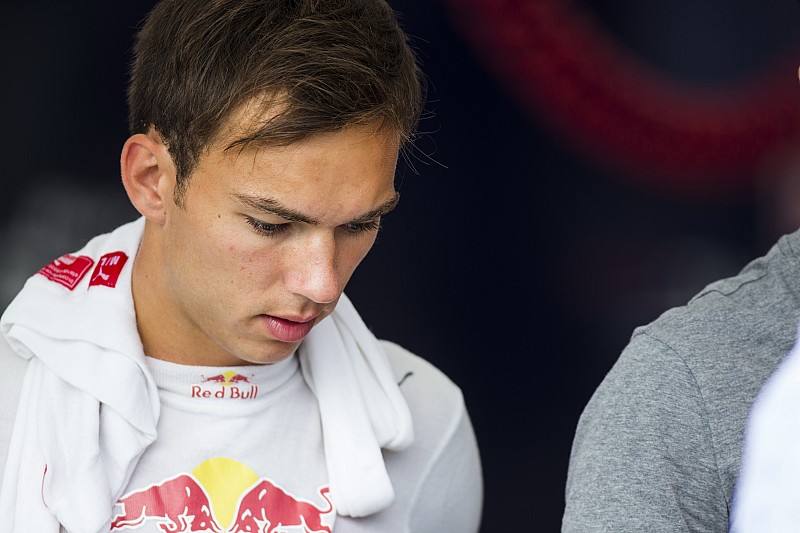 Red Bull protege Pierre Gasly says he has learned he needs to be "more careful with the media" following confusion over a rumoured Toro Rosso graduation in late 2016.

Gasly was regarded as a prime contender for the Toro Rosso seat occupied by Daniil Kvyat for much of 2016 - but in an interview on Spanish TV channel Movistar at Monza, he was seen as suggesting that he would replace the Russian before the season's end.

Kvyat eventually secured a contract extension at STR as his form improved, while Gasly, after wrapping up the GP2 crown, was given a drive in the Japanese Super Formula category for 2017.

Gasly, who holds the reserve drive role at Red Bull Racing, admits the interview and subsequent fallout remain etched in his memory - and says the situation was "quite tough".

"I learned that I need to be more careful with the media," Gasly told Motorsport.com. "It was quite a tough time for me after this big mess, because I remember at Monza, that weekend, people were telling me I would replace Daniil for the next races.

"For me it was always clear in my mind that the only person in Red Bull who could make this decision is Helmut.

"For me it was quite tough, I remember the situation pretty well: I never said I would replace Daniil, just that I was hoping it was true. You always want to be in F1, so I really hoped it was true.

"But I'm not stupid, I will not say something if it was not true, especially knowing how Helmut deals with these kind of things."

"After that Helmut called me to clarify the situation, but then everything came back to normal. You always learn from these kinds of experiences. Even though it's not really good when you go through these things, it's useful for the future."

Gasly's recent career has in many ways been analogous to that of McLaren F1 driver Stoffel Vandoorne, who won GP2 a year prior to the Frenchman and likewise moved to Super Formula.

But while Vandoorne insisted last year that 2017 would be his final opportunity to move up to F1, and would eventually secure a McLaren race drive, Gasly believes he can still have a chance in the future even if he's not on the grid in 2018.

"At the moment I'm 21, I'm young… Stoffel is 25 now, and he still got his chance in F1. Everyone says age is only a number, to get in F1 you have to show you deserve to be there - so the performance should be the only criteria. As long as I'm competitive, I think the chances will be there.

"But at the moment the full focus is on making it happen for 2018, and then we will see what happens.

"I've done Formula 4, Formula Renault 2.0, 3.5, GP2, and now Super Formula. So I think I have a pretty good experience of many different cars, and so far I've always finished in the top three in every series I've done.

"It didn't happen this year but hopefully there will be an opportunity next season."

Stroll says his critics are motivated by "jealousy"