Gasly has been the subject of intense discussions after this year's driver market silly season was kickstarted by Alonso's shock decision to join Aston Martin at the start of the summer break, despite Gasly having a contract to race with AlphaTauri for 2023.

Red Bull is open to allowing Gasly to leave its fold as there is no chance he will be promoted back to its senior squad after his short-lived 2019 stint, but only if it has a suitable replacement lined up.

It initially wanted IndyCar star Colton Herta before that plan was derailed by his lack of superlicence points and the FIA opting against granting him an exemption.

But Gasly could yet get an AlphaTauri exit as Williams' Monza super-sub Nyck de Vries is also in the frame to make his full-time F1 debut at the Faenza squad, while also continuing talks with Williams and Alpine if that team's plan to replace Alonso with Gasly and create an all-French line-up alongside Esteban Ocon does not come off.

When asked to provide the latest update on his 2023 options in the pre-event press conference for this weekend's Singapore Grand prix, Gasly replied: "Everybody knows the ongoing conversation and discussion, but on my side I think hopefully in the next 2-3 weeks we should have a clear answer on my future.

"But, so far, nothing has changed. And when there is something confirmed on my future I'm sure you guys will know about it!"

The AlphaTauri squad is set to introduce a new aerodynamic update package for this weekend's race, which will include a reprofiled nose and front wing connection.

Gasly hopes this update will reverse the trend of his squad being "slightly more competitive in low-downforce tracks" in 2022. 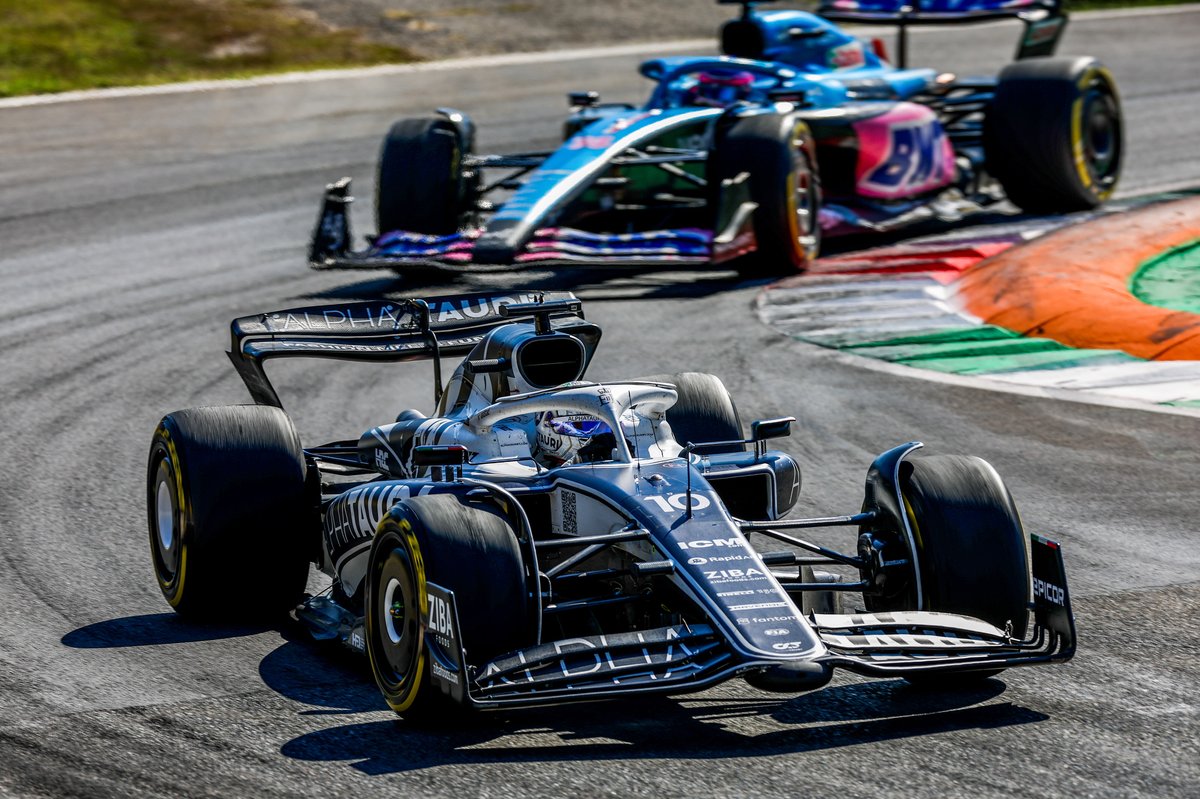 "Spa was good, Monza was good," he continued. "But all the tracks with higher-downforce [such as Singapore] we seem to struggle a bit more.

"So, hopefully this upgrade we have this weekend can change that picture a bit. We know the McLarens are usually pretty fast in these conditions, Alpine sometimes are really fast, Aston as well.

"I don't really have any expectations, I just hope the upgrade brings us more speed and I know if that's the case then we will have our chances to fight for points."

AlphaTauri is just one point behind Haas' seventh place in the constructors' championship, while Alfa Romeo is currently 19 in front in sixth.

Gasly believes beating the American squad is AlphaTauri's immediate objective for the rest of the season, but says it hopes to catch Alfa as well if circumstances come its way in what has been a trickier year for the Red Bull junior team after its race-winning campaign in 2020 and podiums it took in the seasons either side.

"It's just important to stay positive and still be constructive until the end of the year," Gasly concluded.

"It's insignificant for some people when you're fighting for seventh place in the teams' championship, but you're still talking about a lot of money for next season.

"So, that's clearly the target – to get at least Haas. And Alfa, 19 points [to close], considering we only have 33 points after 16 races that's a lot to ask. But nothing is impossible.

"We've seen it in the past, we just need one really strong result and it could be possible.

"Definitely Haas, we've got to get them, and then we'll see coming to Abu Dhabi [and the last race] what we're fighting for."