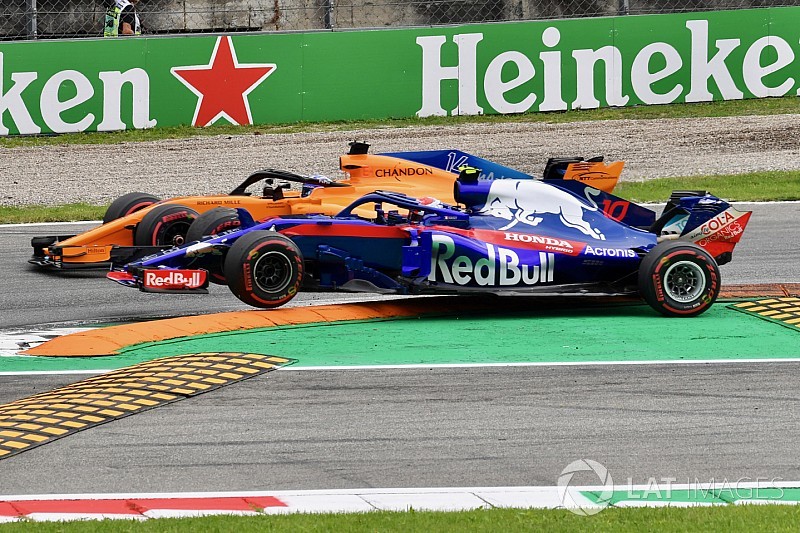 Pierre Gasly has criticised Fernando Alonso after their clash in the Italian Grand Prix, claiming that the Spaniard has become “even more aggressive” since announcing his Formula 1 exit.

Alonso drew the ire of Kevin Magnussen earlier in the weekend by trying to pass the Dane during a crucial moment in qualifying – and then left Gasly incensed with a robust defence in the race.

The Spaniard will leave F1 at the end of the season, and Gasly claimed this has impacted the two-time champion's driving, while also suggesting Alonso had a bone to pick with the Honda-powered Toro Rosso cars after his torrid stint working with the Japanese engine manufacturer at McLaren.

“I think for sure his approach is a bit different because he knows he's not going to be in Formula 1 next year,” Gasly said. “Looks like he's even more aggressive than he used to be.

“And yeah, for me today what he did wasn't fair, and we know that if you are alongside you need to give the space of one car, and today he didn't.

“I know he doesn't like us because we have the Honda engine, but nevertheless.”

The incident, which was not shown in full on the TV feed, took place after the early-race safety car restart, as Gasly attempted to pass Alonso for 10th place.

The Frenchman was forced to bounce over the kerbs inside the first chicane and said the run-in resulted in a “massive” loss of downforce for his STR13. 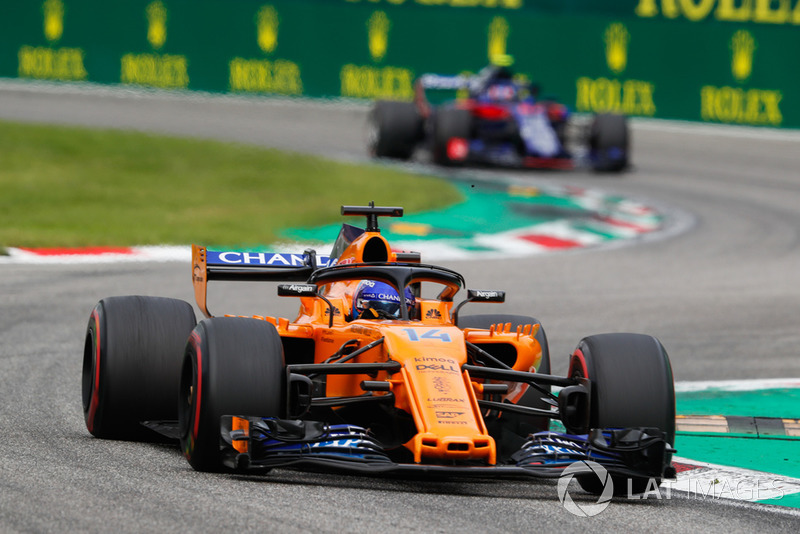 “Basically, we came after the safety car into Turn 1 side by side, I went on the outside and he pushed me completely out of the track.

“I tried to stay as on track as much as I could, but he just didn't leave me the space, I had to jump over the kerb and then he also touched me and completely damaged all the right side of my floor.

“[It] was only on the right side so from right to left corner [it] was different.

“I was losing already downforce when I was by myself, but following other cars with the extra loss of downforce, was impossible to really get close. It was a long, long Sunday.”

Gasly went on to finish the race in 15th, whereas Alonso retired with an electronics failure shortly after the encounter.

Asked whether he spoke to F1 race director Charlie Whiting about the incident, Gasly said: “No. Honestly it's not going to change anything.

“Maybe I will probably go to see Fernando if I see him today or in Singapore. But at the end of the day they can give him a penalty, it's not going to change my race.”

Explained: Why the Haas floor was ruled illegal