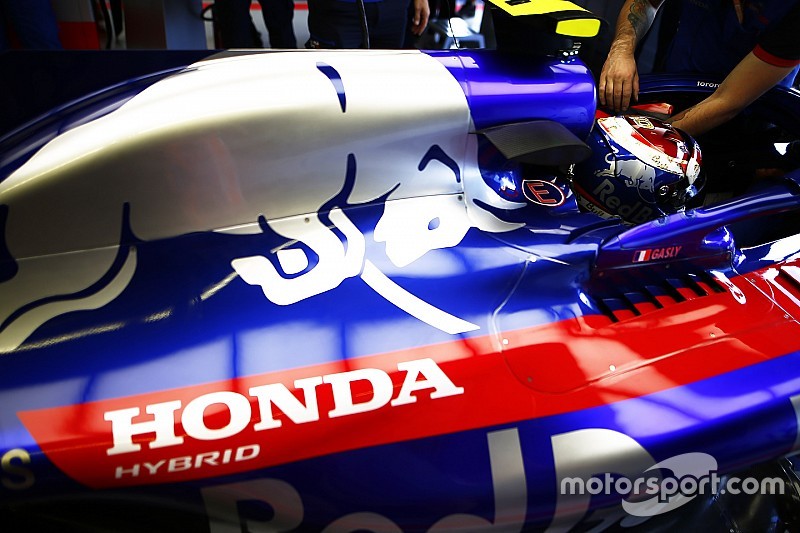 Pierre Gasly says it is “important” the Austrian Grand Prix gives Toro Rosso “answers” on how potent the Honda Formula 1 engine really is following its update in Canada.

Honda introduced a combustion upgrade for Montreal, believed to be worth around 27bhp, but suffered reliability problems in both Canada and France.

Gasly was forced to revert to an old engine after final practice in Canada, while teammate Brendon Hartley suffered what is understood to be an unrelated failure during Friday practice in France.

Questions also remain concerning the performance of the new unit, as Toro Rosso failed to qualify better than 12th for either of the last two races and suffered first-lap accidents for the best placed of its cars in both events.

“Clearly this weekend is important for us to have answers about the performance from the new engine itself, just to make sure it’s as good as we expected,” Gasly said.

“We have also small upgrades on the chassis, which should be quite decent and a good step forward as well, so we should have the strongest car of our season so far.

“Hopefully we’re going to increase the performance and be able to close a bit on the top 10.”

Hartley, who finished 14th from the back of the grid in France, suggested the reasons for Toro Rosso’s recent struggles were “complicated”.

“There’s a lot of different factors, some of which we understand quite well, some of which the aero update should help us [with] this weekend,” he said.

“Honestly, it’s never just a straightforward one answer, but I think we definitely expected to be stronger in Paul Ricard than what we were.

“Some of that is understood and some of it is ongoing.”

Gasly, who will revert to an older ‘spec one’ engine for Friday practice to conserve mileage on his latest one, reckons Toro Rosso might also have misjudged its aerodynamic settings at recent races, making it harder to ascertain how well the new engine is working.

“I think clearly it’s not only the engine,” Gasly said.

“We think that on the set-up side probably we didn’t run with the correct wing - probably we should have found a better compromise.

“But it’s clear we had higher expectations than the performance we had in France.

“There are a few things we need to sort out. It’s not the first time – in Baku as well we were probably not on the correct wing, so it could explain a bit the delta on the straights.

“At the moment, we have a couple of ideas but it’s not completely clear, so it will be good this weekend to see if the gap is more similar to what we saw in Canada, or if we still seem to struggle.”