After winning the 2015 United States Grand Prix, Lewis Hamilton became a three-time Formula 1 world champion, joining an illustrious list of drivers that includes his hero Ayrton Senna. We look back at how the British driver rose through the ranks and achieved his ultimate dream. 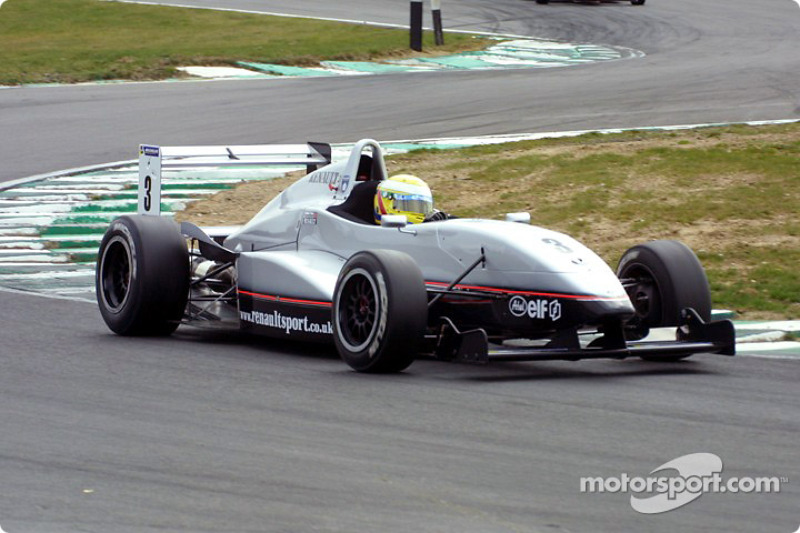 Hamilton started his single-seater career in 2002, competing in the Formula Renault UK series and finishing third overall. He continued in the series for the following year and wiped the floor with the opposition, winning 10 of his 15 races.
2005 Formula 3 Euro Series Champion 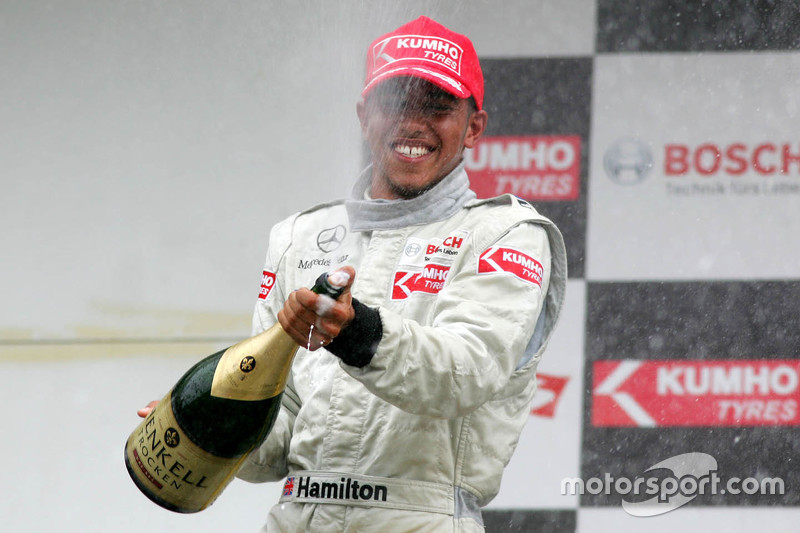 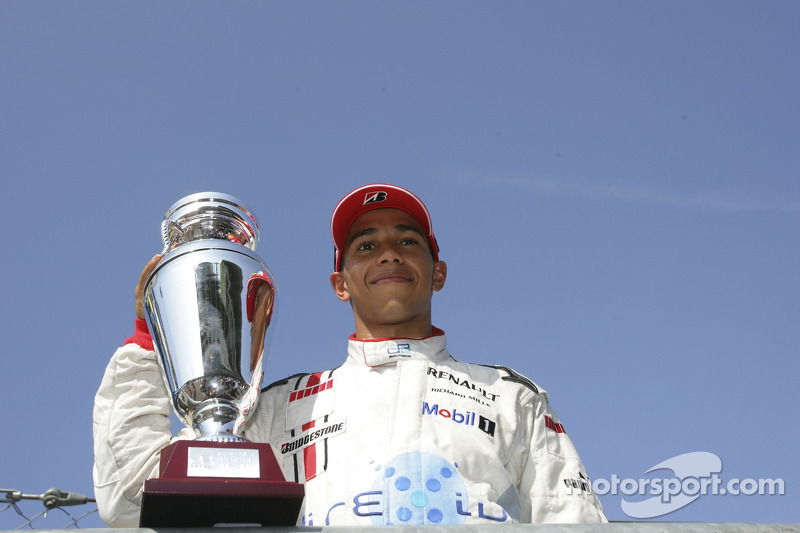 He needed just one season to get his hands on the GP2 crown, doing so in a rookie campaign with ART Grand Prix.
GP2 title victory celebrations 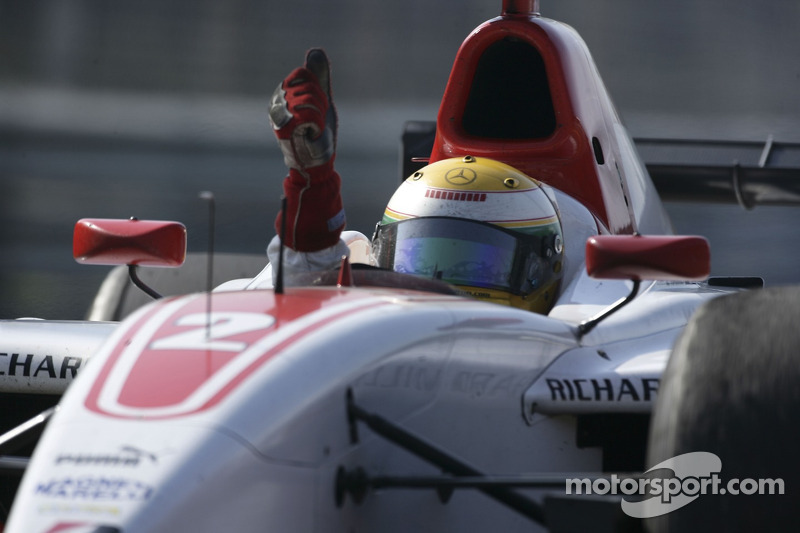 On his way to the 2006 title, Hamilton notched up 14 podium finishes, among them five wins.
Dream F1 debut in 2007 with McLaren 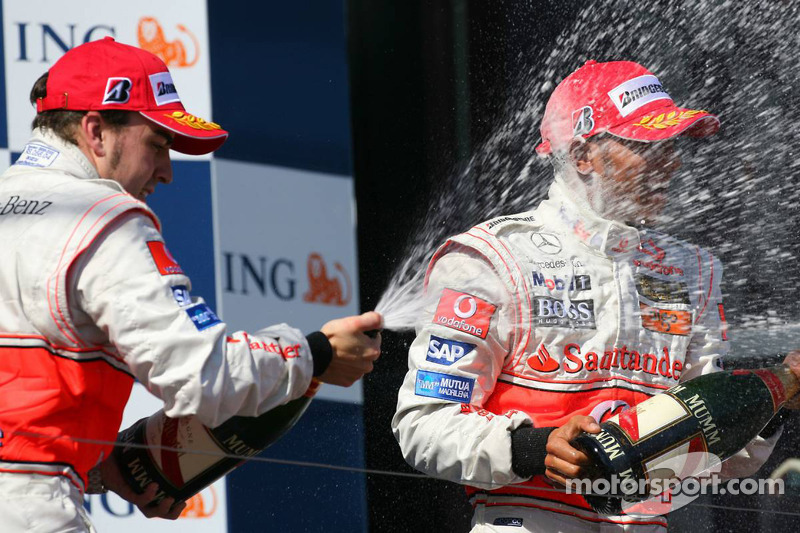 His heroics in Formula Renault 2.0 UK, Formula 3 Euro and GP2 didn't go unnoticed as he secured his maiden F1 drive with McLaren in 2007. He vindicated the team's decision immediately, taking to the podium in his very first race.
Maiden F1 victory in 2007 Canadian Grand Prix 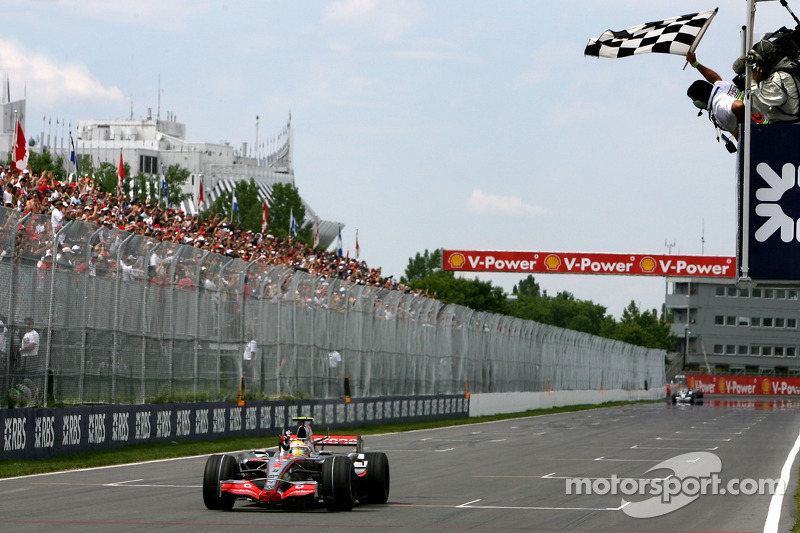 His dream first season continued as Hamilton finished second in Malaysia, Bahrain, Spain and Monaco before taking his first ever win in F1 in the Canadian Grand Prix.
Second in the 2007 drivers' championship 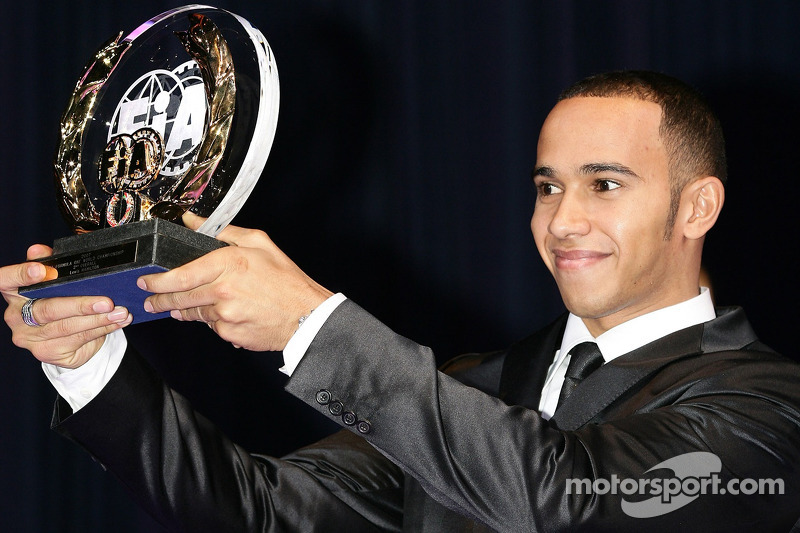 In a season well remembered for his rivalry with teammate Fernando Alonso, both Hamilton and the Spaniard eventually came up just one point short of champion Kimi Raikkonen.
2008 F1 Champion 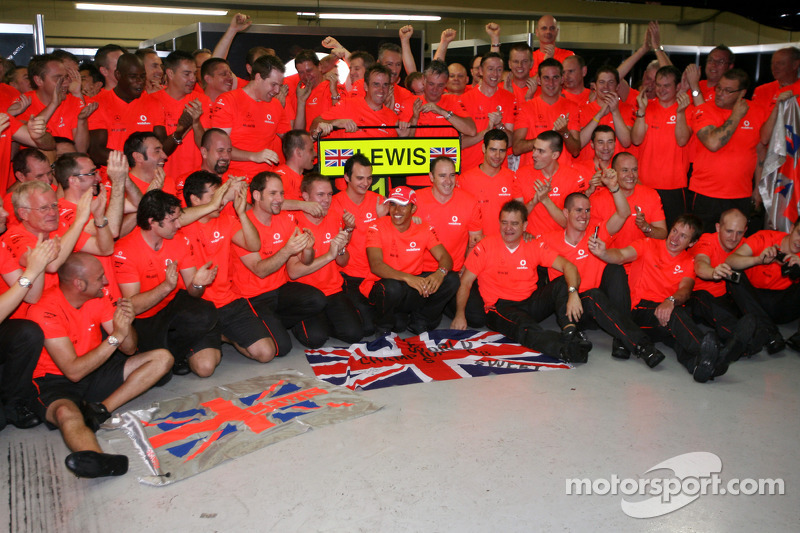 But it was one point in Hamilton's favour next time around, the Briton becoming the 2008 World Champion in an epic Interlagos finale.
Celebrating his first F1 title 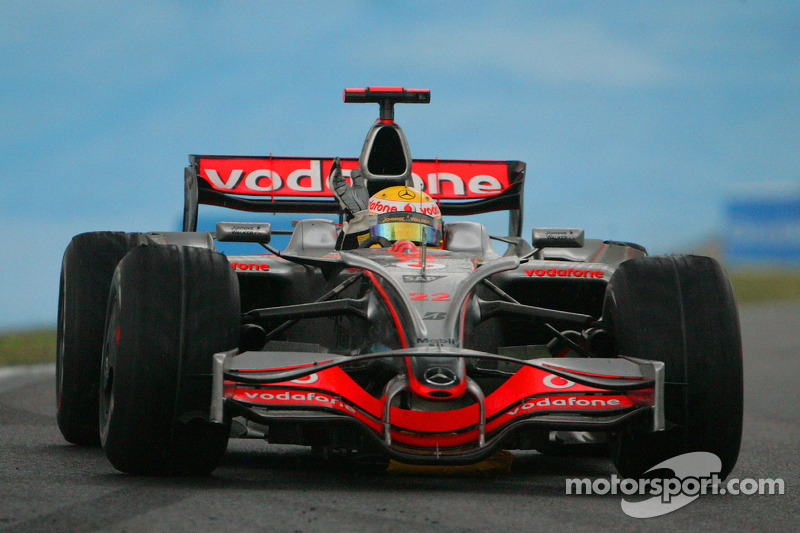 On the road to winning the 2008 title, Hamilton scored 10 podium finishes, including five wins.
Final race with McLaren in 2012 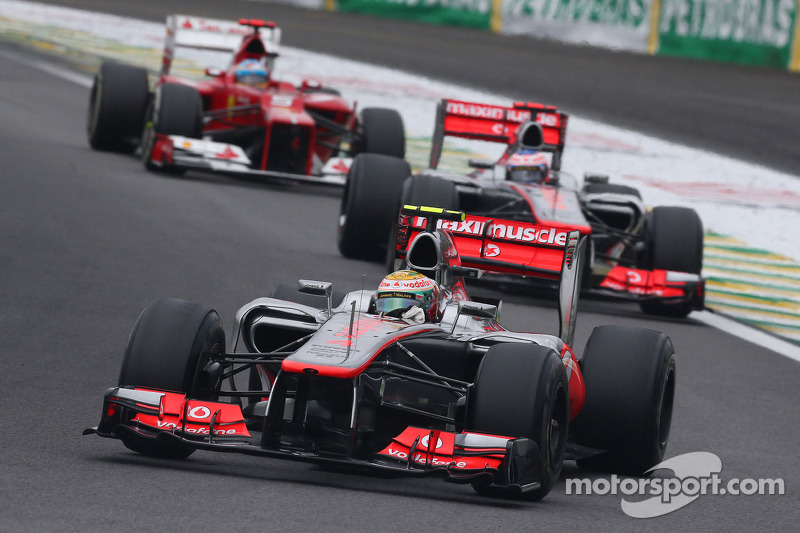 After number of frustrating seasons with McLaren, Hamilton decided to move on, leaving the team he's been inseparable from 1998.
New start with Mercedes in 2013 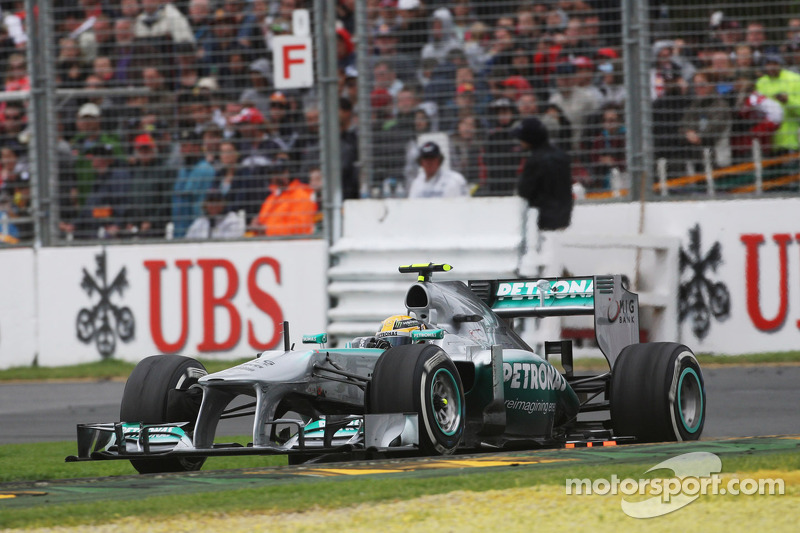 Moving on from McLaren, Hamilton switched to Brackley-based Mercedes squad in the 2013 season and was fifth on his debut with the Silver Arrows.
First win with Mercedes in the 2013 Hungarian Grand Prix 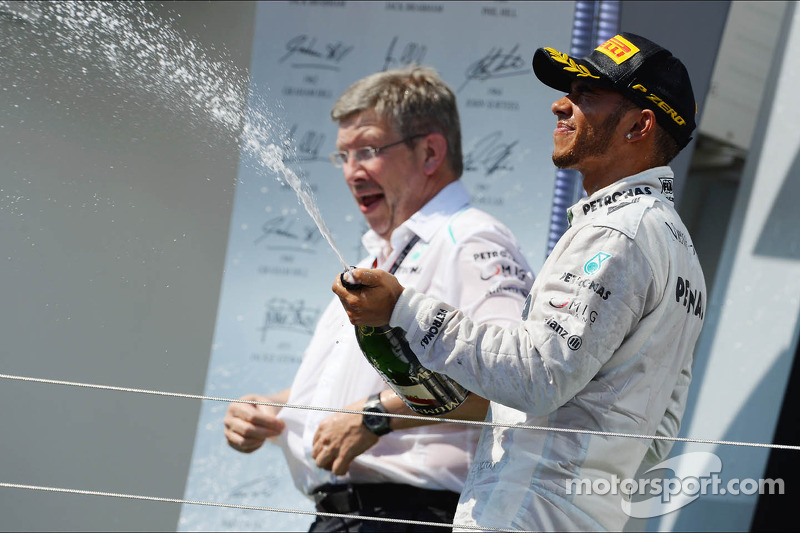 Hamilton's debut season with Mercedes saw him take five poles, but he only won once - at the Hungaroring.
2014 F1 Champion 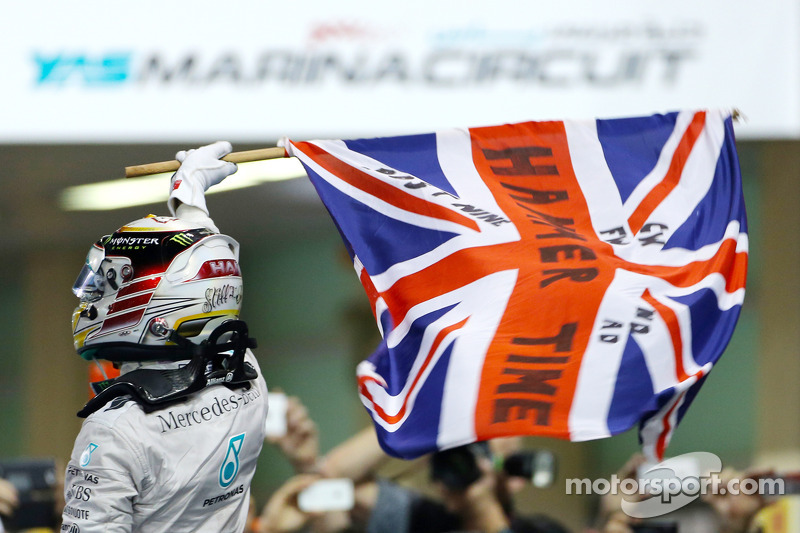 After five years of waiting, Hamilton was champion once more, seeing off Nico Rosberg to claim his second title.
The champion celebrates 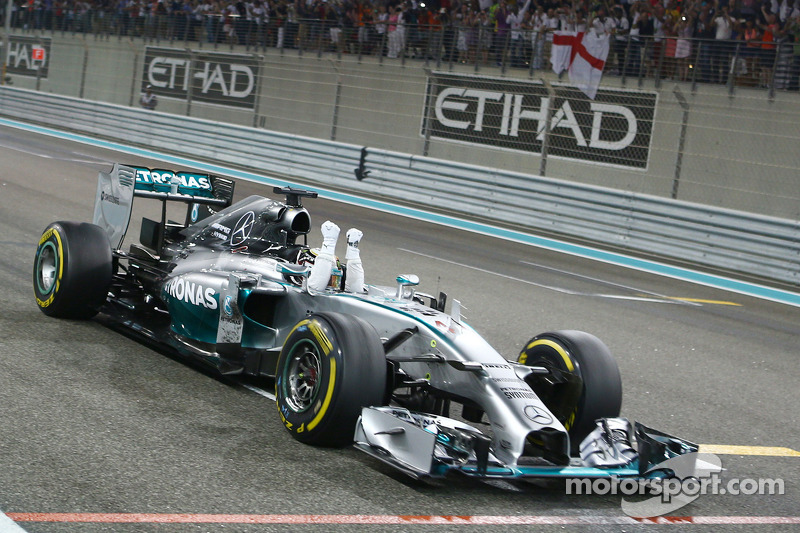 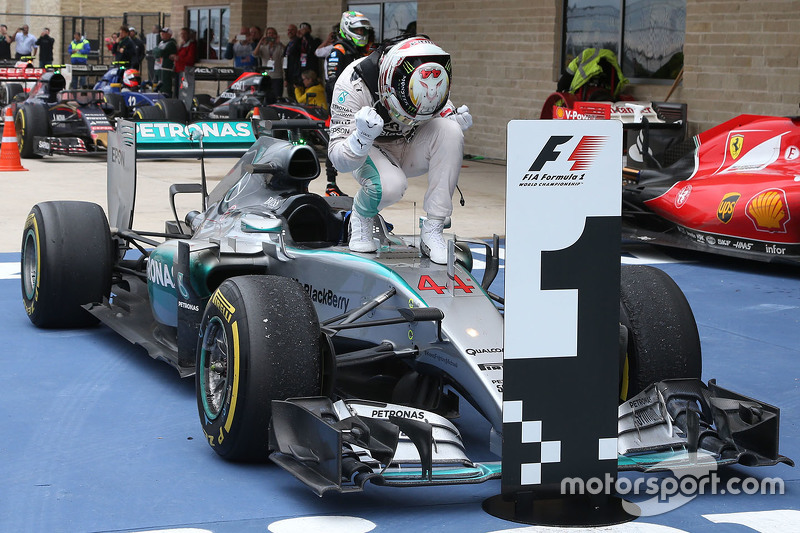 The Briton was not keen on letting go of the title and, in 2015, he was crowned again with three races to spare.
shares
comments
Previous article